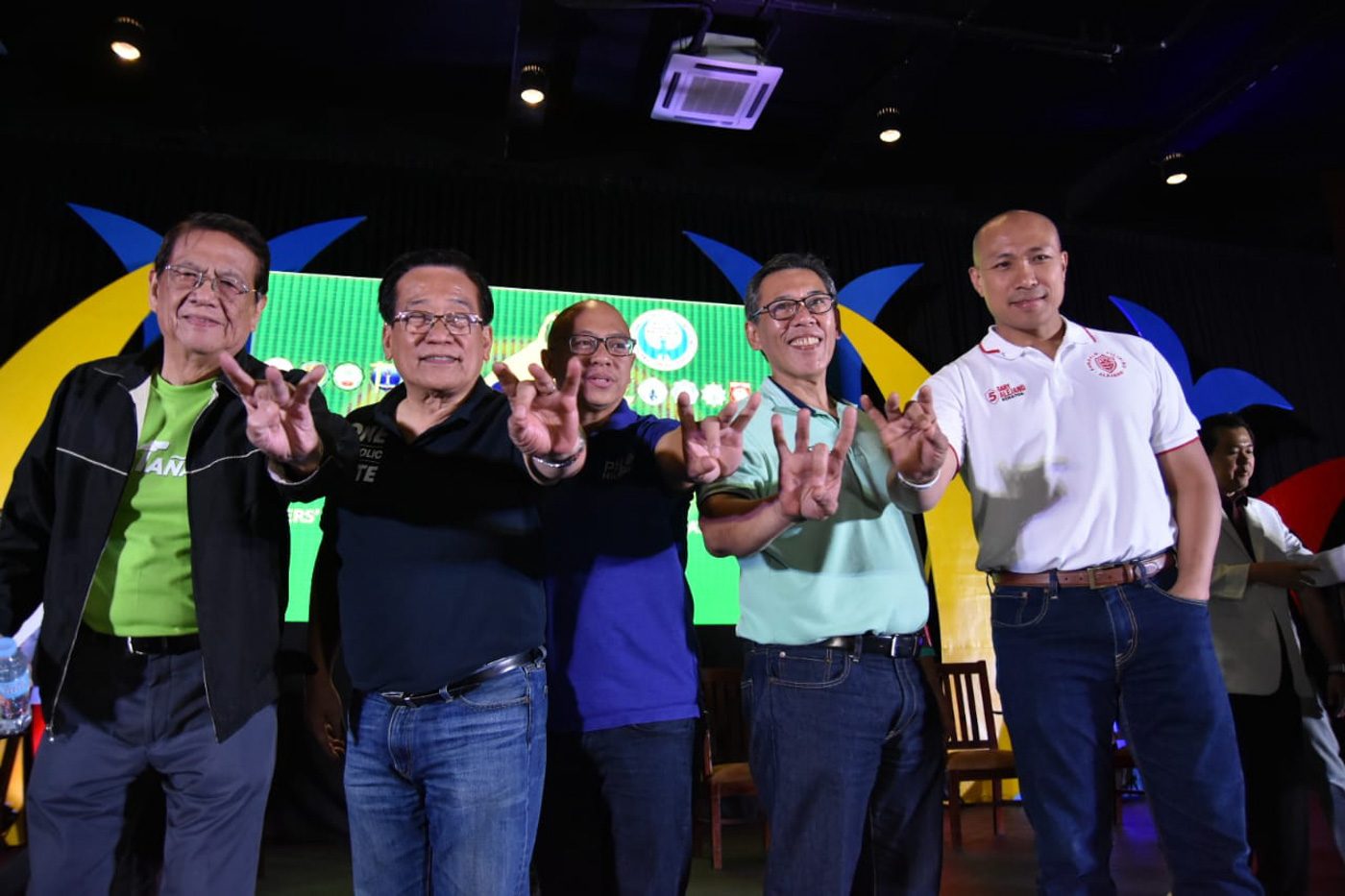 CAVITE, Philippines (UPDATED) – With the winners’ circle in preelection surveys still far from their grasp, several Otso Diretso senatorial candidates said they need to work harder on the campaign trail.

“Doble lang ang kayod (We just have to work twice as hard),” human rights lawyer Chel Diokno said when asked by reporters on Tuesday, March 19, what needs to be changed in their strategy to pull up their survey numbers.

(I’m very upbeat and optimistic with the results of the survey. For me, it’s really secondary to getting known on the ground. Whenever we do our rounds, the reception is good.)

Marawi civic leader Samira Gutoc’s awareness rating also rose by 14 points to 19% in February. But she ranked 26-34, with 4.4% opting to vote for her, based on the same survey.

The peace and women’s rights advocate said name-recall remains the biggest challenge for most of the slate. This is why Gutoc once again urged the Commission on Elections (Comelec) to reconsider its rejection of their appeal for it to organize a debate between Otso Diretso and Hugpong ng Pagbabago candidates.

“I still appeal to the Comelec to let all the candidates be subject to equal airtime by [requiring] attendance in all the debates. There is no Senate without a debate and there is no debate without a Senate,” said Gutoc.

(I think the volunteers will have to work harder. Our campaign is all about a group effort. When we do our rounds, it’s not just about introducing the candidates’ names but also who they really are.)

He ranked the lowest among the Otso Diretso candidates at 36-52, with only 0.9% of respondents saying they would vote for Hilbay. His awareness rating improved from 5% in January to 13% in February.

Reelectionist Senator Bam Aquino also failed to break into the winners’ circle in this survey.

In January, Aquino was ranked 10th to 15th, boasting a 98% awareness rating, with 38.5% of respondents saying they would vote for him if elections were held at the time. But in February, Aquino dipped to 13th to 17th, and the number of those saying they would vote for him decreased to 30.4%. His awareness rating also fell to 95%.

(I think in the same period, the surveys of other [polling] agencies showed we’re in [the winning circle], while in other agencies’ surveys, we’re not. It only goes to show that we are at the tailend of the top 12. And we’re hoping our numbers will still go up.)

Of the 8 opposition bets covered by the February survey, only former interior chief Mar Roxas is in the Magic 12 at rank 8-12, a 99% awareness rating, and with 39.8% of respondents saying they would vote for him.

Roxas, who did his own rounds in Angeles City, Pampanga on Tuesday, remains satisfied with his survey performance.

Still, he believes the rest of Otso Diretso should just continue presenting their respective platforms to improve their numbers.

“Well, pag-presenta lamang ng aming plataporma dahil ‘yan naman lang ‘yong tinatayuan natin (Well, we should keep on presenting our platforms because that’s the only thing we stand on),” said Roxas, touting the Cheaper Medicines Law he had co-authored and his push to establish call centers in the Philipines back when he was still trade secretary.

Otso Diretso candidates Gary Alejano and Romy Macalintal, however, already expressed their doubts on the conduct of preelection surveys. – with a report from Raymon Dullana/Rappler.com