25% of Filipinos want candidates who ‘will not be corrupt’ – SWS 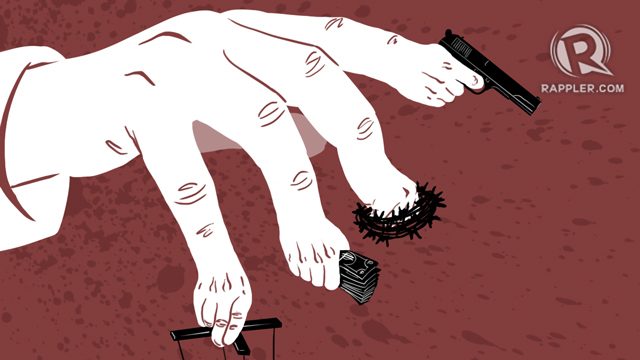 Facebook Twitter Copy URL
Copied
Other top qualities that Filipinos are looking for in senatorial candidates include concern for the poor and trustworthiness, says a Social Weather Stations survey

MANILA, Philippines – One out of 4 Filipinos looks for senatorial candidates who “will not be corrupt,” according to a Social Weather Stations (SWS) survey released on Saturday, March 23.

The survey, which was commissioned by think tank Stratbase ADR Institute, asked respondents, “What qualities are you looking for in a senatorial candidate of the Philippines?” No list of qualities was provided and respondents were allowed to give up to 3 answers.

The SWS survey, conducted December 16 to 19, 2018, showed 25% of Filipinos nationwide want a candidate who is not corrupt. 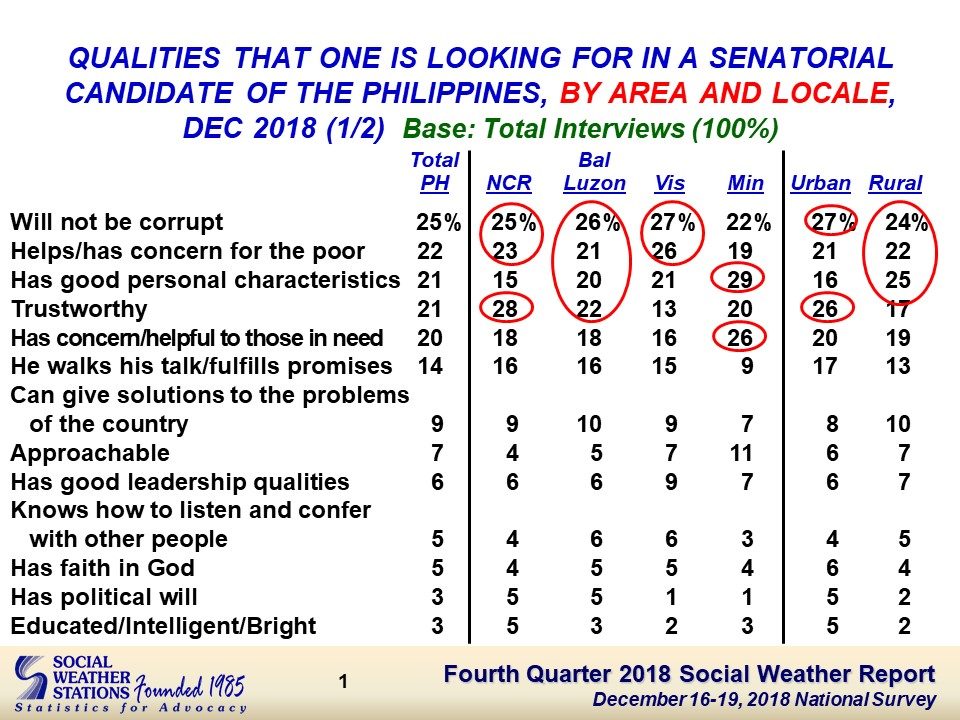 While being corruption-free was the top quality respondents mentioned nationwide, results varied by area.

The qualities most mentioned by respondents in Metro Manila were trustworthy (28%), “will not be corrupt” (25%), and “helps or has concern for the poor” (23%).

In the Visayas, “will not be corrupt” (27%), concern for the poor (26%), and “good personal characteristics” were the most mentioned qualities.

As for Mindanao, most mentioned qualities were “good personal characteristics” (29%), “has concern or is helpful to those in need” (26%), and “will not be corrupt” (22%).

The SWS survey also found that the qualities respondents looked for the least were “has plans for the growth of the country,” “has done good things for the country,” and “fights for or loves the nation.” Only 2% of all respondents nationwide mentioned they wanted candidates who showed these. Of the 62 senatorial candidates running in the 2019 elections, at least 11 have faced cases, complaints, or probes.

The SWS survey was conducted through face-to-face interviews with 1,440 adults 18 years old and above. The polling firm spoke to 360 people each in Metro Manila, Balance Luzon, the Visayas, and Mindanao.

SWS noted that there is a sampling error margin of ±2.6% for national percentages, and ±5% each for Balance Luzon, Metro Manila, the Visayas, and Mindanao. – Rappler.com