Alan Cayetano hits back at critics: Better a ‘serving’ political dynasty than crooks 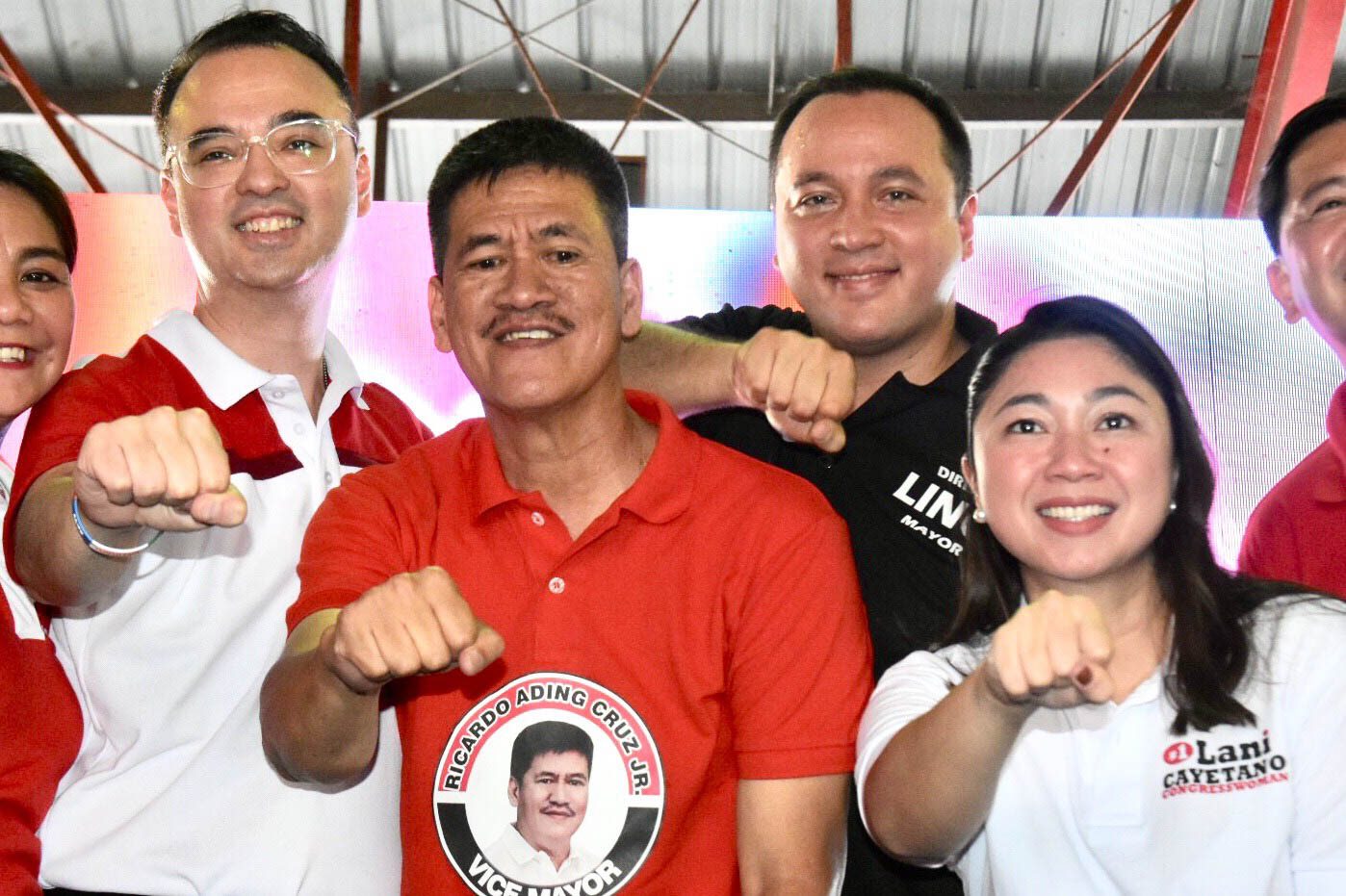 Facebook Twitter Copy URL
Copied
Former foreign secretary Alan Cayetano, who is seeking a congressional seat along with wife Lani, says the Cayetanos do not want Taguig City to fall into the wrong hands

MANILA, Philippines – Rival camps have campaigned against the election of the Cayetanos in Taguig City by branding them as members of a “political dynasty,” but for former foreign secretary Alan Peter Cayetano, the supposed negative connotation of the term carries a positive brand in his city.

Cayetano, who is running for Taguig City-Pateros 1st District congressman, made the statement in a media interview on the sidelines of the Team Lino Cayetano proclamation rally in Taguig on Friday, March 29. He was asked about the rival camps’ campaign against the election of the Cayetanos in Taguig by calling them a “political dynasty.”

Cayetano said it was better to be called a “political dynasty” in Taguig, than allow the city to “fall” for politicians linked to drugs or corruption.

(We’d rather be called a dynasty, but one that delivers good public service. But if you don’t want a dynasty, then the enemy will win. Drugs and corruption will come back to our city.)

His brother, Lino, is running for mayor.  Lino was 2nd District representative from 2013 to 2016.

‘No political dynasties in PH’

During the media interview, Cayetano also insisted that his clan “cannot be considered a political dynasty” since “there are no polical dynasties” in a democracy like the Philippines.

A 2013 study of the Ateneo School of Government said political dynasties exist in a situation where an incumbent elected official “has relatives in elected offices in the past or the present government.”

The study also said that those part of political dynasties occupy positions “either sequentially in the same political jurisdiction or simultaneously across different positions.”

Cayetano’s father, the late senator Renato Cayetano, started the family’s foray into politics. His career in the legislative began when he was elected as assemblyman for Pateros, Taguig, and Muntinlupa in 1984. He was elected senator in 1998, and died in 2003.

Taguig-Pateros 2nd District Representative Pia Cayetano, Alan’s sister, is seeking a return to the Senate, where she served from 2004 to 2016. – Rappler.com