Abby Binay: ‘I’m banking on my track record, not my surname’ 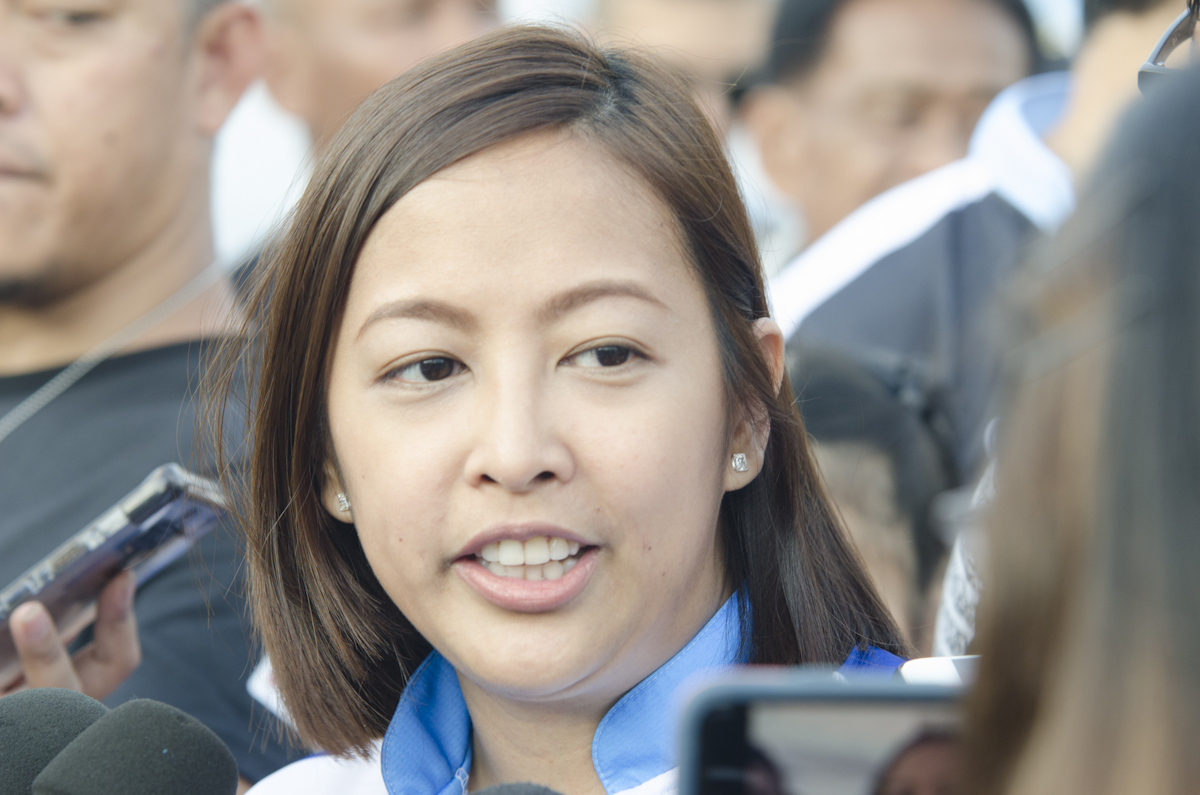 MANILA, Philippines – Makati Mayor Abby Binay said on Friday, March 29 that she was banking on her performance in past 3 years – and not her prominent family name – to win her reelection bid.

“Mainit lang ang panahon, ngunit mukhang ‘di naman magiging mainit ang labanan (The weather is hot, but it looks like it won’t be a heated fight),” Binay told reporters ahead of her proclamation rally along Lawton Avenue on Friday, March 29.

The battle for the Makati mayor is expected to be a hot race, with the Binay siblings pitted against each other – an arrangement that their own father, former Vice President Jejomar Binay, had allowed.

Abby is running under the the elder Binay’s United Nationalist Alliance, while Junjun  formed his own local party, Una Ang Makati.