WiFi for all: Zamora wants to turn San Juan into a ‘smart city’ 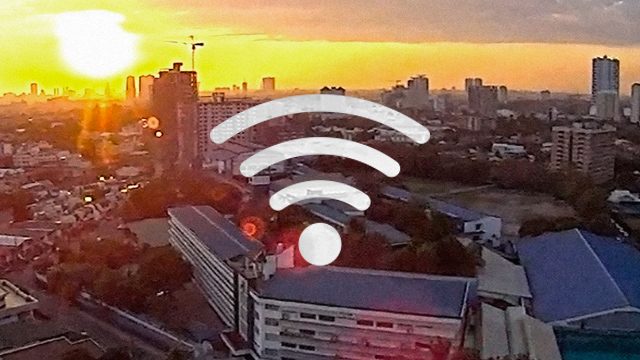 “Gagawin po nating isang smart city ang San Juan (We will turn San Juan into a smart city). It will be digitally connected. [Magkakaroon ng] wifi sa lahat sa bawat barangay (There will be WiFi in all barangays),” former vice mayor Zamora said at the sidelines of his campaign proclamation on Friday, March 29.

He said that his target is to install WiFi in all public spaces, but what will set it apart from the Free Internet Access Program Law signed by President Rodrigo Duterte is that he also plans for the city to install WiFi in private buildings as long as it would be “strategic” in expanding internet connectivity.

This would then be complemented by building a “San Juan City App.”

The application, Zamora said, would allow San Juaneños to conduct business with the city government and at the same time quickly call for help from cops, firefighters, and hospitals.

The thrust is in response to San Juan being left behind by its neighbors Pasig and Quezon City – cities which have been aggressively pushing for programs that promote themselves as smart and green cities of Metro Manila. It’s consistent with Zamora’s campaign: The push is also part of his “new San Juan” platform, as he seeks to end the 5-decade leadership of the Ejercito-Estrada clan.

Zamora also wants to build new government buildings. In these facilitis, he vowed to implement the “San Juaneños first” policy, wherein locals will be prioritized extending services and employment.

In implementing these promises, Zamora promised that “not even a cent” will end up in the wrong hands.

This is the second time that Zamora ran for the San Juan mayoralty. He lost against 3-term Gomez in 2016. He then backed a recall petition against Gomez in May 2017.

The petition did not prosper as the Commission on Elections failed to finish the verification of 30,000 signatures and to set an election before May 13, 2018. Recall elections are prohibited a year before a regular election. – Rappler.com