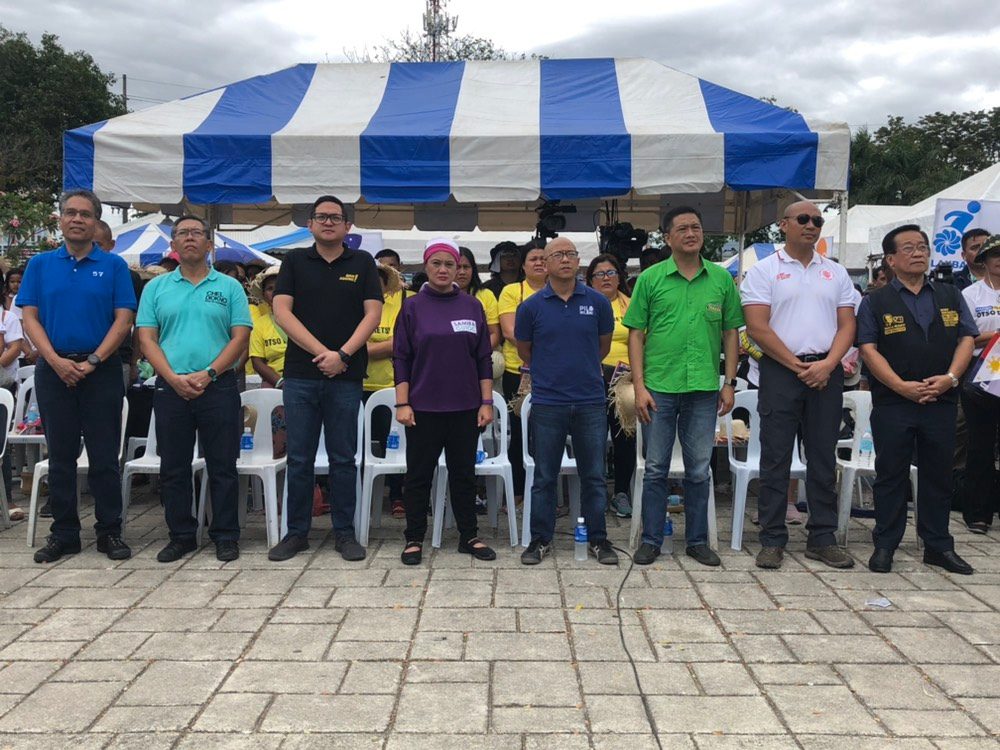 CEBU CITY, Philippines – Will the 3rd time be the charm for Otso Diretso senatorial bets in the most vote-rich province of Cebu?

Before that, some Otso Diretso candidates will have a dialogue with sectoral representatives in Argao.

This is only the second time the opposition senatorial ticket will be complete in one city during the campaign period, the first time being their proclamation rally held in Naga City, Camarines Sur, way back in February.

This is also the 3rd time Otso Diretso will be wooing the coveted vote of the Cebuanos, who account for more than 3 million registered voters for the May elections.

On February 21, the Otso Diretso candidates barnstormed in Cebu City for the first time. Vice President Leni Robredo, leader of the opposition, also brought them to her meeting with Ahon Laylayan Coalition members in Cebu City to rally support for the candidates. Robredo is expected to do the same thing on Sunday afternoon. (READ: Robredo: Otso Diretso to rely on ‘unmatched dedication’ of Cebu volunteers)

Several Otso Diretso bets then returned to Cebu on March 25 to 26, this time with former president Benigno Aquino III in tow.

Otso Diretso campaign manager and Senator Francis Pangilinan said the slate is returning to Cebu for the 3rd time as they still consider the province a “persuadable area.”

“Cebu is still a persuadable area and has a huge voting population. It is also a media center and therefore a key to reach the entire Region VII,” Pangilinan told Rappler.

But courting the Cebuano vote is no easy task for Otso Diretso, since no incumbent local politician is willing to publicly endorse the ticket affiliated with the once-ruling Liberal Party (LP). (READ: Afraid of Duterte, local leaders refuse to host Otso Diretso bets – Gutoc)

Not even the presence of Aquino was enough to convince former LP allies to show up during Otso Diretso’s second visit to Cebu in March.

Cebu was once a stronghold of LP. In the 2010 elections. Aquino and his then-running mate Roxas won in Cebu with 980,000 and one million votes, respectively. Aquino went on to win the presidency, while Roxas bowed to then-longtime Makati mayor Jejomar Binay.

In the 2016 presidential election, then-Davao City mayor Rodrigo Duterte was number one in Cebu and got 1.133 million votes. Roxas, who was LP standard-bearer, was second to Duterte with 586,091 votes.

When BOPK kicked off its campaign on March 30, Osmeña and his allies were onstage together with reelectionist Senator Grace Poe, who is running as an independent.

LP member and Governor Hilario Davide III, who is running for vice governor, was also nowhere to be seen in Otso Diretso’s past two visits.

Pangilinan, however, said the party has invited Davide to attend the Ahon Laylayan event on Sunday. But he has yet to confirm his attendance.

“It would be great to see him there, but if he is unable to make it, we will understand,” said Pangilinan. – Rappler.com