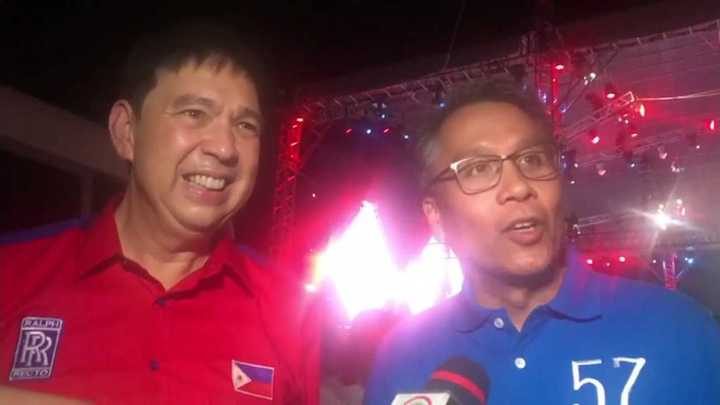 Roxas and Recto used to sit beside each other in the Senate, when they served in the 13th Congress from 2004 to 2007. Recto’s current colleagues and reelectionist senators Cynthia Villar and Juan Edgardo Angara also took the stage in the rally. Villar is from the Nacionalista Party while Angara is from the Laban ng Demokratikong Pilipino.

The Rectos were part of the Liberal Party – of which Roxas is a member – until they jumped ship to the Nacionalista Party in September 2018.

“In fact, this is political earthquake because the Nacionalista Party and Liberal Party are on the same rally,” said Roxas in a mix of English and Filipino in a chance interview with Recto during the campaign event.

Recto added that they only invited a “select few and worthy” Senate colleagues to the Lipa campaign event.

The “miting de avance” was ongoing as of this posting. – Michael Bueza/Rappler.com