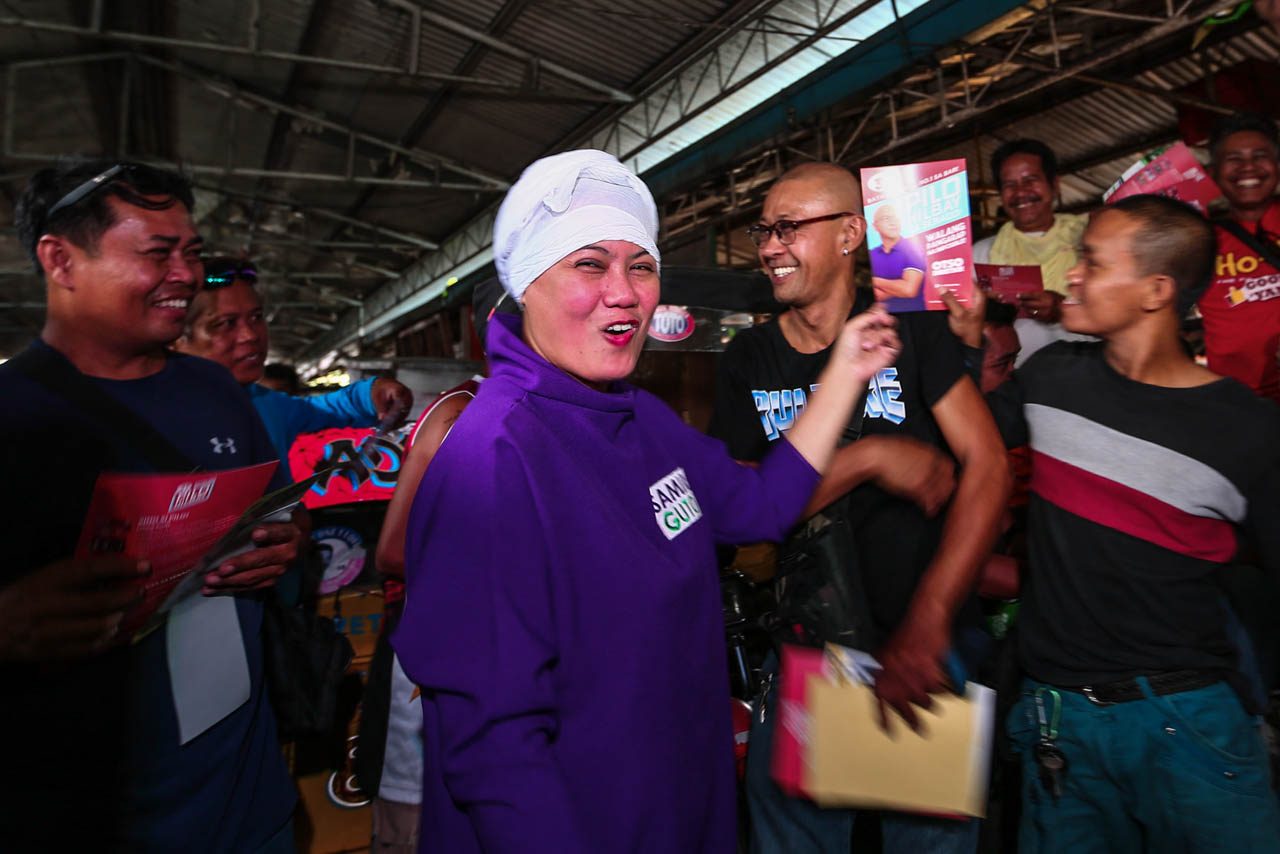 Facebook Twitter Copy URL
Copied
'We're in the endgame now. This is the endgame of Otso Diretso,' says Ed Garcia, one of the framers of the 1987 Constitution

MANILA, Philippines – The odds may be against the Otso Diretso senatorial bets, but for one of the slate’s more prominent supporters, the enthusiasm of their campaign volunteers is unparalleled.

Ed Garcia, a human rights activist and one of the framers of the 1987 Constitution, said on Sunday, May 5, that campaign volunteers give the opposition senatorial ticket an “enthusiasm edge.” (READ: [OPINION] What is to be done? With days to go before election day, think before we vote)

(You know, Otso Diretso has an enthusiasm edge. You cannot buy that. They do this voluntarily and they are brave, they take a stand. That is unparalleled.)

Despite his old age, the 76-year-old Garcia has diligently been handing out Otso Diretso leaflets near bus terminals in Makati City. He was invited to Robredo’s radio show along with Otso Diretso campaign manager and Senator Francis Pangilinan after a post about Garcia’s volunteer efforts for Otso Diretso went viral online.

With low funds and few to zero politicians willing to publicly endorse them, Otso Diretso has turned to a volunteer-driven campaign to boost their chances of winning Senate seats. (READ: From constitutionalist to cancer patient, volunteers are the ‘heart’ of Otso Diretso campaign)

On Sunday, Garcia said he would politely ask people lining up for a bus ride or those in nearby establishments to vote for Otso Diretso. Even the comments of people who remain skeptical of the opposition candidates do not deter Garcia to convince them to consider Otso Diretso.

“Ang sabi sa akin, ‘Kalaban.’ Sabi ko, ‘Hindi po tayo magkalaban. Kabayan tayo.’ Pagbigyan ‘nyo kahit ilan dito sa Otso,” Garcia said. (They told me, “They are enemies.” I told them, “We are not enemies. We are countrymen.” Give a chance even for just some from Otso Diretso.)

What is his main motivation for lobbying support for Otso Diretso? His 4 grandchildren.

With roughly a week to go before the May 13 elections, the clock is ticking for most of the Otso Diretso candidates who have yet to breach the “Magic 12” in pre-election surveys. Only reelectionist Senator Bam Aquino was in the so-called winners’ circle in the latest Pulse Asia survey conducted in April. – Rappler.com