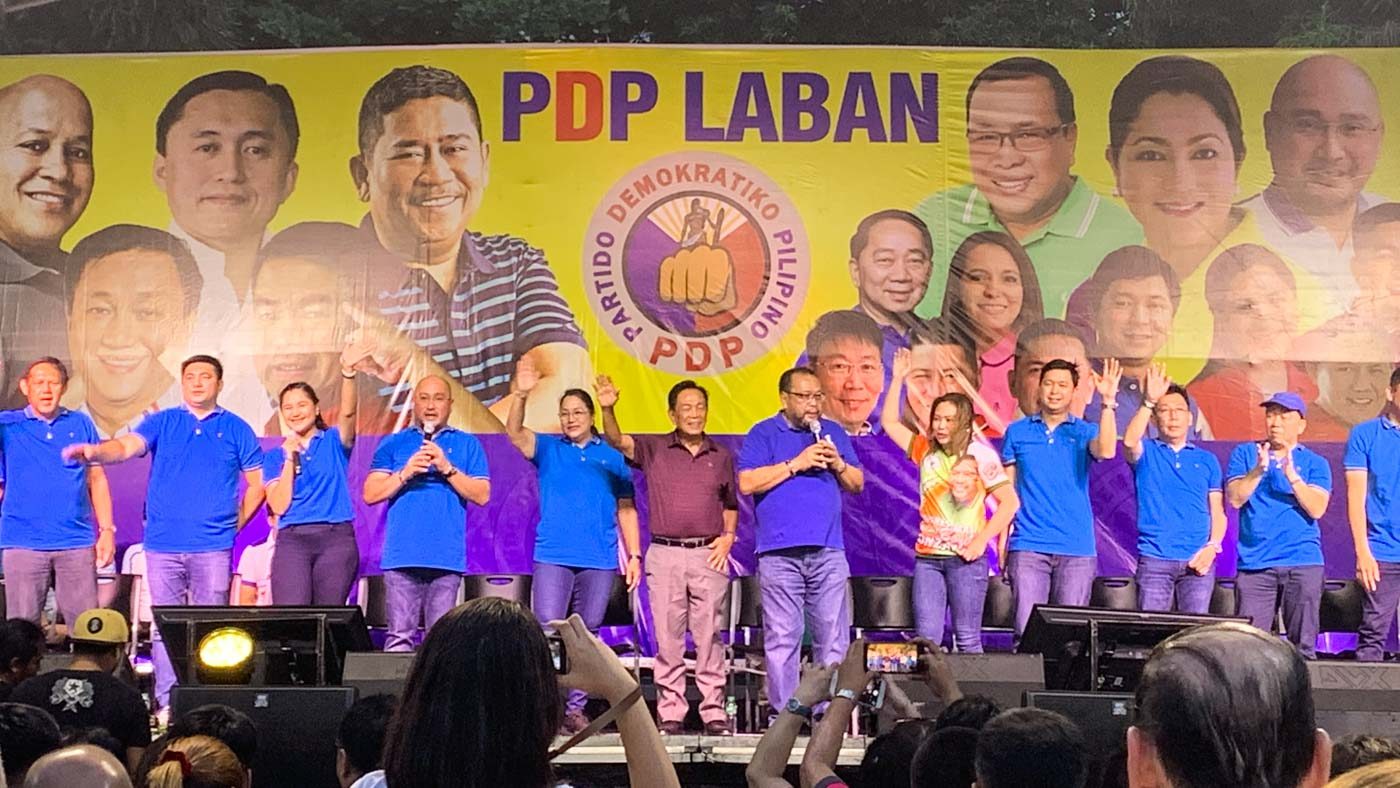 The event was filled with song-and-dance numbers, with all candidates – from councilor to congressman – taking turns to entertain the public.

“This is not a miting de avance. This is a victory party,” Gonzales said in Filipino.

The officials are expecting the best for the slate. The popular Mayor Abalos, who is running under the banner of PDP-Laban, only has one opponent: independent candidate Florencio Solomon.

Gonzales, meanwhile, is running unopposed under the ruling party. A former lawmaker himself, he is eyeing to replace his wife, incumbent Representative Queenie Gonzales.

(All the votes for Menchie, for Boyet, we should also give to the PDP-Laban senatorial candidates.)

Of the 5, only Pimentel, Go, and Dela Rosa were present.

Go brought celebrities, such as comedian Bayani Agbayani and child star Alonzo Muhlach, to campaign for him. Mangudadatu was represented by celebrity Valerie Concepcion. – Rappler.com