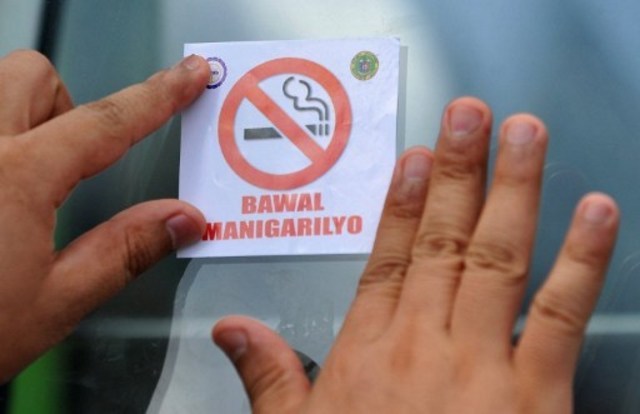 MANILA, Philippines – Seven out of 10 Filipinos will support candidates who will push for an increase in tobacco taxes, survey results from pollster Pulse Asia showed.

Pulse Asia Research Director Ana Tabunda presented these findings in a press conference on Tuesday, May 7.

Pulse Asia’s survey asked respondents whether or not candidates who were in favor of increasing tobacco taxes, which would result in higher cigarette prices, should be supported or rejected.

The survey, which was conducted in March 2019, showed a majority or 70% of respondents would support candidates who pushed for higher tobacco taxes. Results also showed that 75% of Filipinos believe taxes on cigarettes should be raised.

Results from the latest survey showed an increase in support for both raising tobacco taxes and candidates who would push for such a measure compared to its previous survey conducted in September 2018. (READ: Majority of Filipinos support stricter tobacco control laws – Pulse Asia)

In 2018, the pollster recorded 67% of Filipinos agreed that tax on cigarettes should be increased, while 64% said candidates in the 2019 midterm elections who pushed for this measure should be supported.

Health advocates welcomed the survey’s results, saying it should serve as “positive reinforcement” for efforts to raise sin taxes.

Health groups have continuously called for the increase of tobacco taxes as it would lower the number of smokers in the country and help fund the newly implemented Universal Health Care Law.

Drumming up support: Meanwhile, youth health group Youth for Sin Tax urged voters to support candidates who would committ to push for higher tobacco taxes if elected in the upcoming May polls.

“In addition to their cases of graft and corruption, current candidates Bong Revilla and Jinggoy Estrada voted against the Sin Tax Law in 2012. Furthermore, senatorial candidate Imee Marcos publicly lobbied against the tobacco tax increase last year, and also has pending cases of graft when it comes to the utilization of the sin tax funds in Ilocos,” Dayao said.

He added, “We also recall that her brother, former senator Bongbong Marcos, was caught publicly colluding with the tobacco industry during the deliberations of the Sin Tax Law.”

As a representative for several other youth groups, Dayao said the youth will not vote for these candidates.

“The youth will not allow these anti-health legislators to steal the opportunity of Filipinos for better health, and we vow to fight until the day of elections to ensure that none of them enter the Senate,” he said. – Rappler.com