Cebu City at the crossroads: Keep or replace Tomas Osmeña? 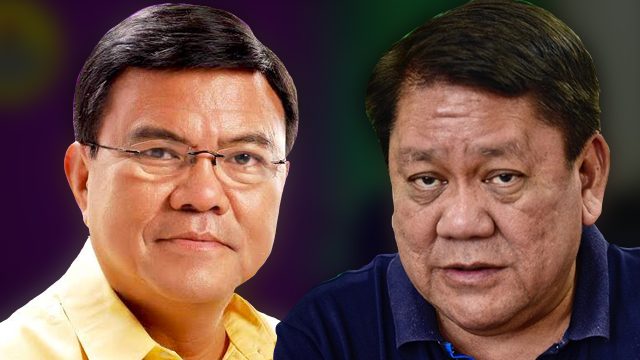 Facebook Twitter Copy URL
Copied
His challenger, Vice Mayor Edgar Labella, is endorsed by President Duterte. Is that enough to topple someone who's been entrenched in the city for decades?

CEBU CITY, Philippines – Voters in the city are at the crossroads. On Monday, May 13, they will decide if they are better off reelecting a once firebrand critic of President Rodrigo Duterte’s war on drugs, or if it’s time they are led by a Malacañang ally.

Tomas Osmeña is seeking another term to keep his family’s hold on city hall. He’s been mayor for at least 26 years since 1988.

He is facing a serious threat from the incumbent vice mayor, Edgar Labella, who centered his campaign on Osmeña’s supposed failure to adequately address problems with garbage collection, traffic and public transportation, and water.

Labella’s running mate is the popular former mayor Michael Rama. Osmeña defeated Rama in the previous elections by a narrow margin of 30,000 votes. Labella is running under the banner of President Rodrigo Duterte’s PDP-Laban, while Rama is registered with UNA.

Cebu City being the capital of the country’s biggest voting province (Cebu province has 3 million voters), results of the local polls here always have monumental impact on national campaigns that follow after – in this case, the 2022 presidential race.

But it isn’t the national landscape the 700,000 city voters will consider when they cast their votes. They have more parochial concerns.

Osmeña acknowledged that the city’s problems need urgent solutions. He said the implementation of solutions has been delayed because of the political deadlock in the city council, which is led by the vice mayor – and that’s Labella.

These local issues have dominated the local campaign as voters pressed both sides for solutions. Osmeña is an advocate of the Bus Rapid Transit system to decongest the streets. Labella and Rama, together with Presidential Assistant for the Visayas Michael Dino, are opposed to the plan, favoring a Light Rail Transit system instead.

Osmeña takes time telling people the city has rented hauling services and opened a pickup hotline so residents can report uncollected waste in their barangays. Labella believes that the city could save money by buying reconditioned garbage trucks.

Osmeña and allies blamed the city’s water woes on too many high-rise buidlings, real estate development, and unregulated deep-water wells. He pushed for more regulation. Barug candidates said there’s a need to tap other water sources and promote the use of water catchment systems. 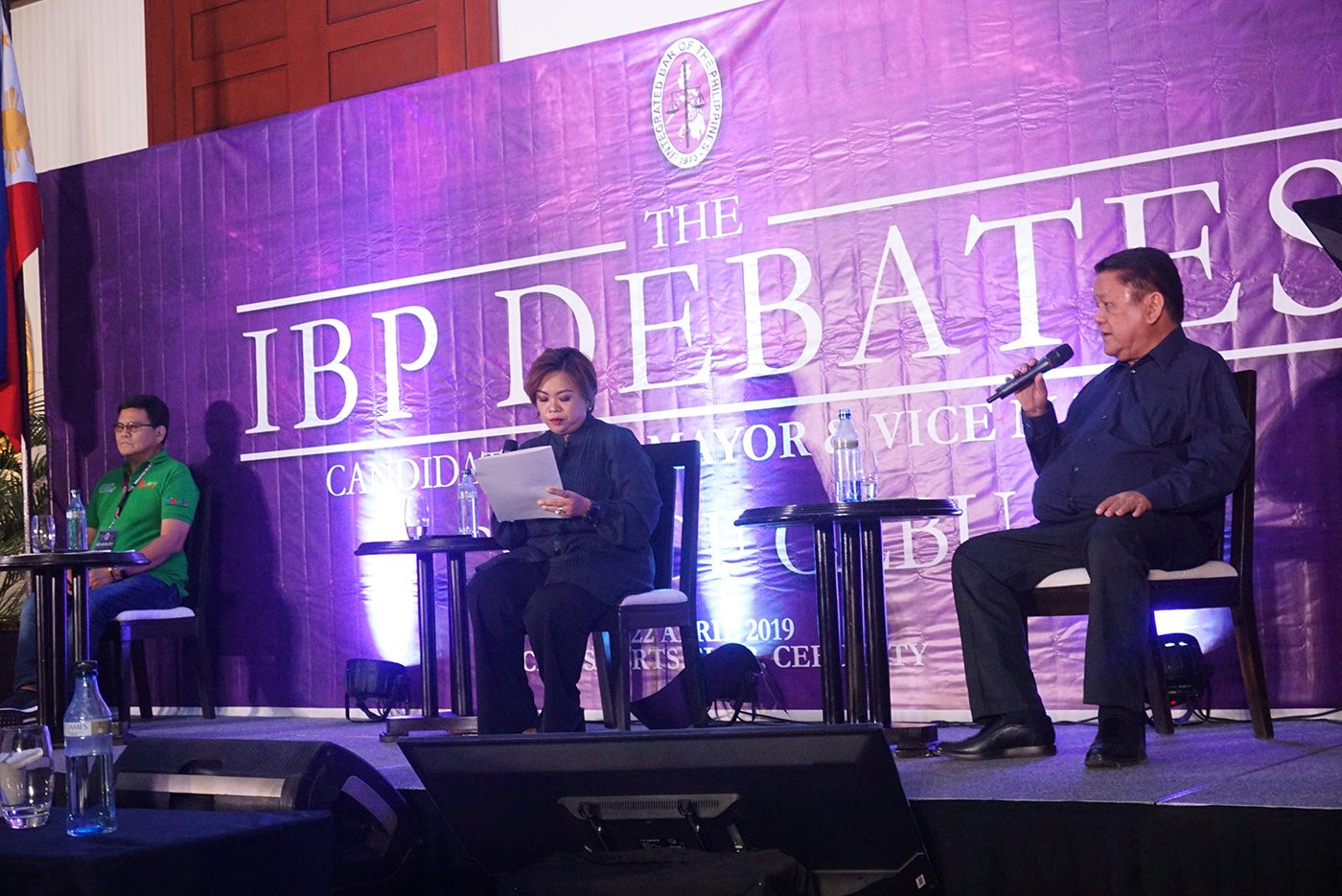 Osmeña vs Duterte’s war on drugs

Osmena is very popular on Facebook and has effectively used the social media platform to engage his constituents. His Facebook page currently has over 750,000 views.

It was on Facebook where follower Mitch Roldan expressed her wishes for the city government to open the public library 24/7 for students who did not want to spend just to study overnight in coffee shops. Osmeña ordered the library open 24/7 the following week.

It was also on Facebook where Osmeña brought his battle against the spate of killings in his city – a bold move unseen from mayors of other cities that suffered the violence of the drug war.

Osmeña initially supported Duterte’s campaign against illegal drugs, making headlines for offering rewards of up to P50,000 for police officers who killed drug suspects in the line of duty. He stopped this program.

The two have a strenuous relationship. “For all intents and purposes. We have martial law, it’s just not declared,” Osmeña said as he accused the police of political harassment.

“They can intercept you, they can arrest you. they can jail you, they can even shoot you. They can beat you up without any warrant. It can be the worst case of police brutality,” Osmeña said. “What’s happening today is a test if Cebuanos will succumb to a criminal syndicate that’s headed by a police chief.”

“Hoy, Tomas! This isn’t the time of the Spaniards, okay? The way you talk it’s as if you have a very high station in life…. You even said that I’m the protector of shabu,” Duterte said in Cebuano on August 31, 2018. (READ: Duterte warns Tommy Osmeña: Don’t mess with me)

He sought a meeting with Osmeña to confront him about alleged “false stories” being spread about him.

But despite his falling out with the President, Osmeña is supporting ex-Special Assistant to the President Christopher “Bong” Go’s candidacy for the Senate. He denies this is a concession to Duterte.

This is how they play politics in Cebu. It’s calculated.

Osmeña, along with then-governor Hilario Davide III, didn’t support Duterte in the 2016 presidential race. They went all out for then-administration candidate Manuel Roxas II, as did 33 of the 44 mayors in the province. They were all members of Liberal Party, the political party of president Benigno Aquino III.

After the elections, Osmeña and Davide were among the few who didn’t follow local politicians who expectedly transferred to the new president’s political party. It didn’t mean they identified with the opposition, but they tried instead to rise above the divide.

This meant the Liberal Party couldn’t rely on them either.

While Osmeña campaigned for Roxas for president and for Leni Robredo for vice president in 2016, the city mayor and his allies were nowhere to be seen in the events of the LP-led opposition slate Otso Diretso when they campaigned in Cebu City weeks ago.

Malacañang allies are pulling all the stops for Labella and the candidates under the Barug PDP-Laban. Dino is active in the local campaign, recently promoting the concert “Pulihi Na” (Replace Already) to call for change.

Labella has the President’s endorsement going for him. On May 13, the polls will show if that’s enough for him – in fact, for any challenger – to topple the scion of a clan that, for decades, has been entrenched in the city. – Rappler.com