No repeat of 2016: San Juan’s Zamora vows victory vs Estrada 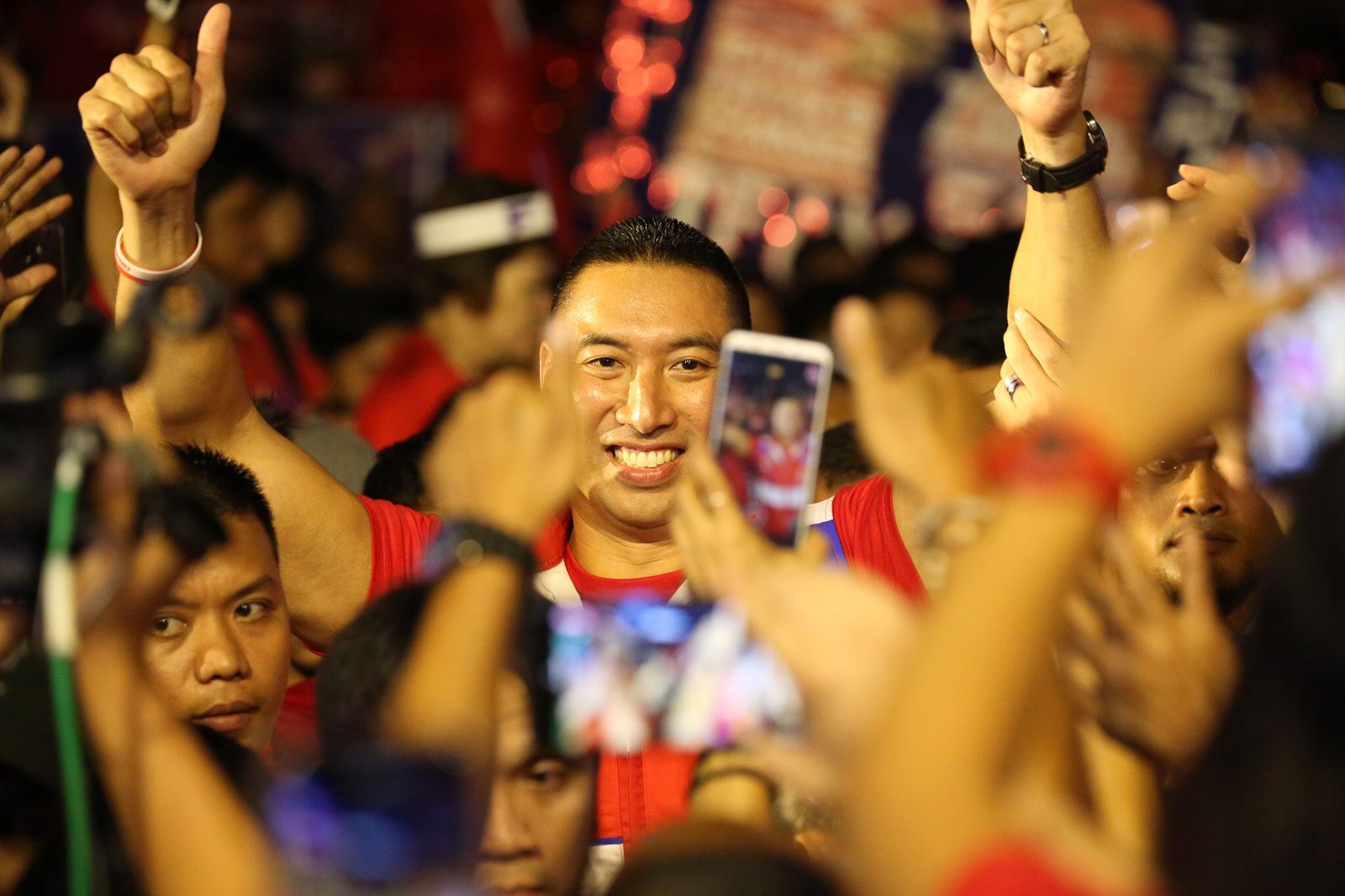 MANILA, Philippines – San Juan mayoral bet Francis Zamora is optimistic of his victory in the 2019 elections against Janella Ejercito Estrada.

In his miting de avance speech on Saturday, May 11, he said it’s time for his much-awaited comeback, after losing by a hairline against Estrada’s family in 2016.

Back in 2016, Zamora competed and lost against Ejercito-Estrada matriarch Guia Gomez. He then backed a recall petition against Gomez, which lapsed before it came into fruition.

Referring to his father Ronaldo Zamora, he added: “Kahit po natalo po tayo noong 2016, naniwala po siya sa akin. Ang sabi niya ‘wag kang mag-alala, tatlong taon lang ‘yan. Babawi rin tayo. Ito na po ‘yun ngayon.” (Even if we lost in 2016. He believed in me. He said, “Don’t worry, that’s only 3 years. We will come back.” This is it.)

What’s different now? He believes he is far more qualified than Estrada, and that he has long conquered the deficit of over a thousand votes that made him lose in 2016. He appeared to be unfazed by the Ejercito-Estrada machinery that won them the leadership of San Juan for 5 decades. Zamora claimed that it will end after May 13.

(Tonight, our people have spoken. You have spoken, and I see that you have decided to replace the system, change the administration, and there, the new San Juan is about to come.) – Rappler.com