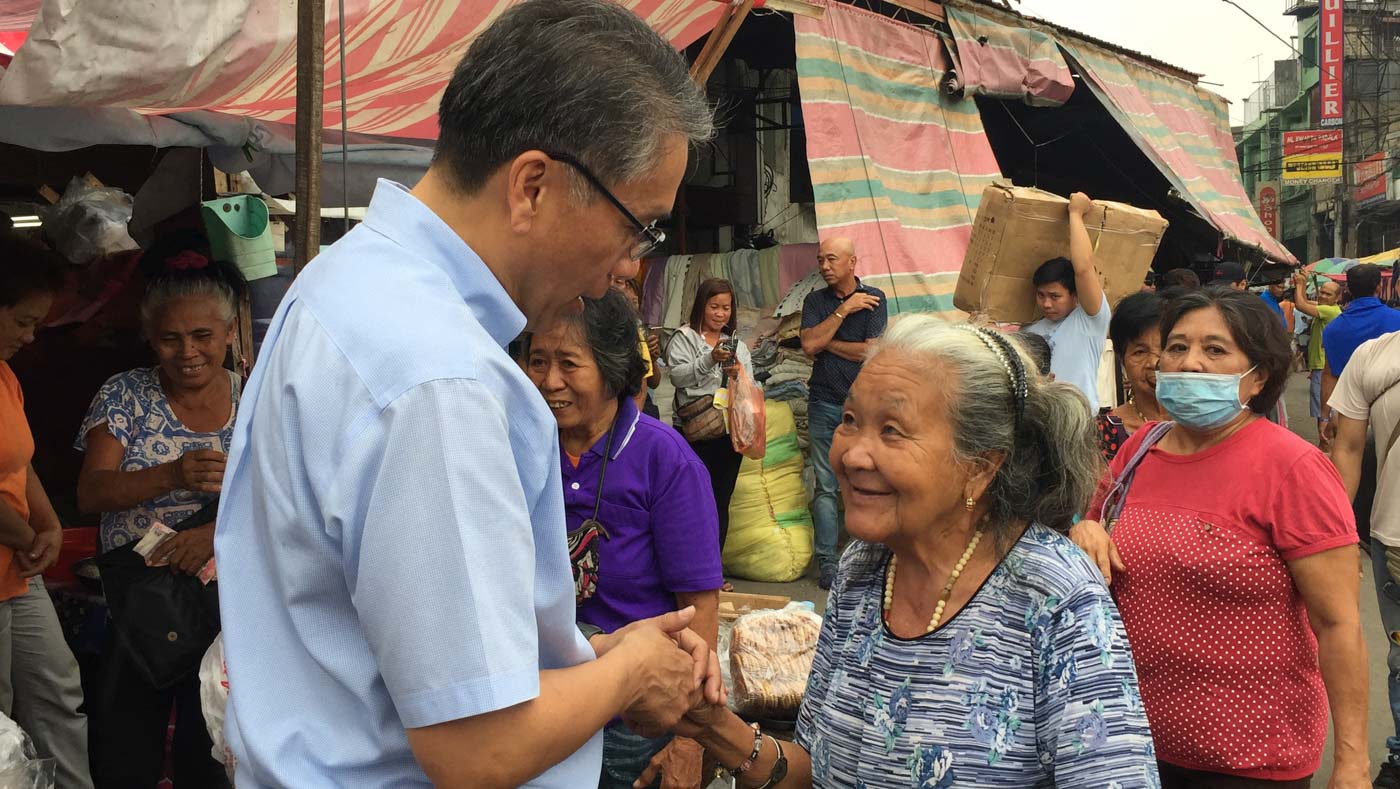 MANILA, Philippines (3rd UPDATE) – The midterm elections were a homecoming of sorts for senatorial candidates, greeted warmly as they trooped to their respective voting precincts to cast their votes.

Reelectionist Senator Aquilino “Koko” Pimentel III and former senator Manuel Roxas II were among the earliest voters on Monday, May 13, casting their votes on the first hour after voting precincts opened at 6 am.

Pimentel said he cast his vote early so he can fly back to Manila and assist the legal team of the administration ruling party PDP Laban in monitoring the elections. Latest surveys show he’s inside the Magic 12 winning circle, albeit he’s in a precarious situation at 11th place.

The elections coincided with the 62nd birthday of Roxas, an opposition figure who has seen his recent survey ratings drop. He topped the senatorial elections back in 2004. Now he is outside the Magic 12, although he remains within close distance.

“My birthday wish is for our country to have a peaceful and relevant election.  There’s a belief that you can’t tell how the “Arc of History” will take its journey. But it will always take the path towards progress and a bright future,” Roxas told reporters after voting.

“Of course, for my personal wish is to be successful in this election,” Roxas added.

Reelectionist Senator Bam Aquino voted at the South Central Elementary School in Concepcion, Tarlac, where many members of the Aquino political family are registered. Bam is the candidate other than Roxas that opposition forces are counting on winning seats in the Senate. Like Roxas, he is outside the Magic 12 but within close distance.

The day didn’t start too well for Poe, who suffered technical glitches when she tried to vote early at 9:30 a.m. at the Santa Lucia Elementary School in Quezon City. The machine refused to accept ballots, a supposed glitch caused by the pen used to shade the ballots. (READ: Election 2019 technical issues: Paper jams, malfunctioning machines) 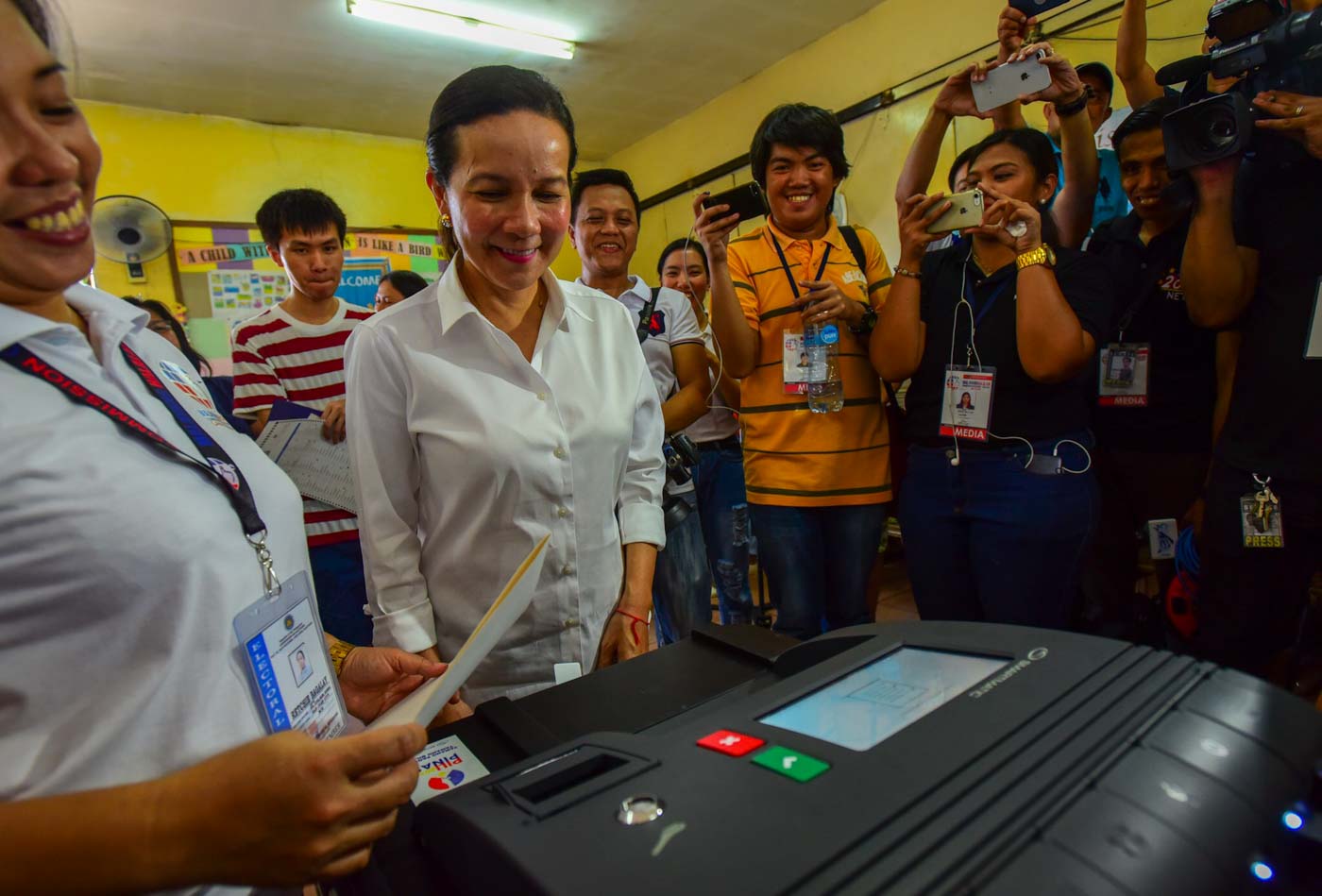 The midterm elections is seen to consolidate the political power of President Rodrigo Duterte. His allies have dominated the preelection surveys.

He arrived in style around 9 am, riding his black and grey Yamaha XBox big bike to the front of the classroom where he would vote. 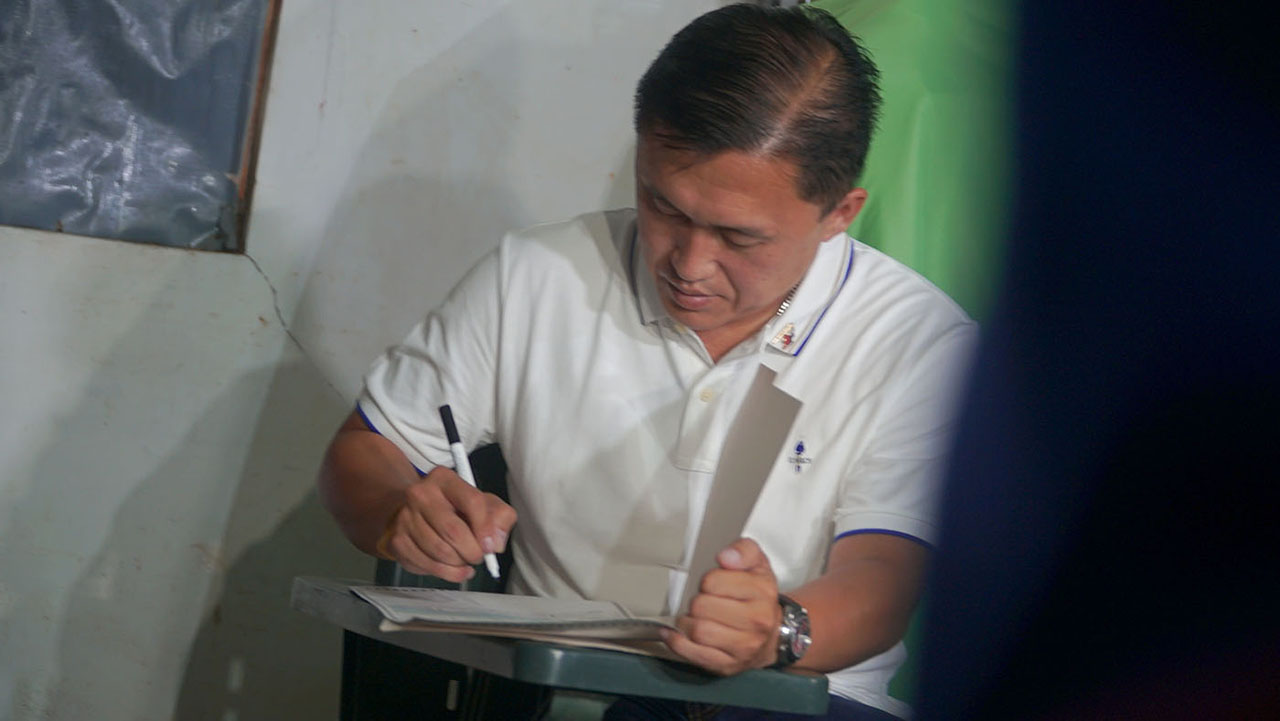 “Kinakabahan, pero I’m okay (I’m nervous, but I’m okay),” he told media before entering the waiting area with other voters in line to vote.

As he walked to the classroom, he dropped his guide or “kodigo” of candidates he would vote for and joked that the media probably saw his list.

He waited close to two hours to vote. He whiled the time checking his phone, chatting with other Davaoeño voters, and posing for photos. Outside the classroom, some Davaoeños posed in front of or on his motorcycle. 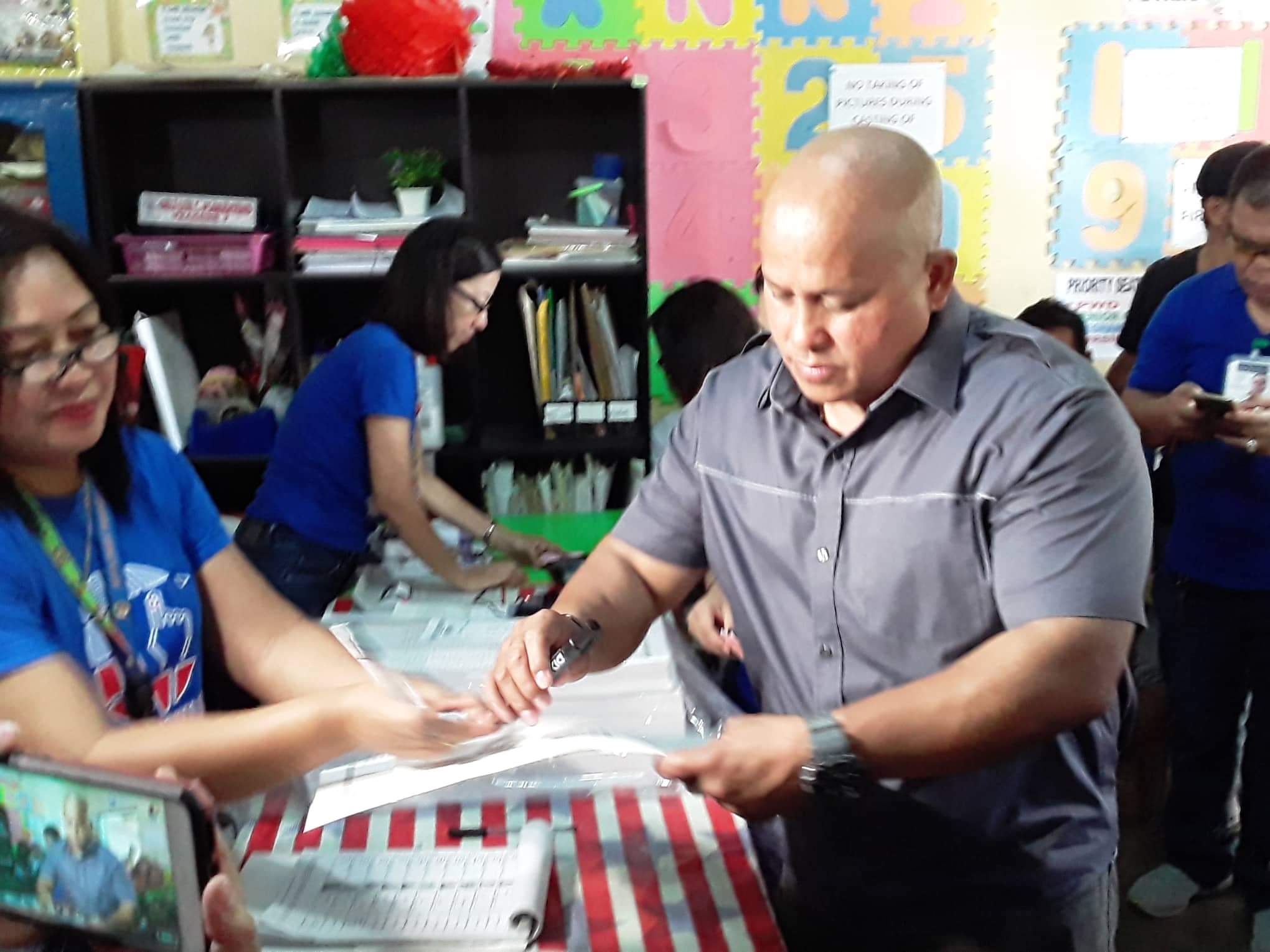 Dela Rosa was accompanied by his sister in the voting precinct. He also gamely accommodated selfie requests while waiting for his turn to vote.

Ilocos Norte Governor Imee Marcos, another neophyte candidate inside the Magic 12, cast her vote in her hometown in Ilocos Norte. After voting, the daughter of the late Philippine Dictator Ferdinand Marcos called on her family’s critics to give her a chance.

“Give us a chance. Kailangan ngayon, ‘wag na tayo masyado tumutok sa pagbabatikos, paninira, yung walang kamatayang trolling (These days we shouldn’t focus too much on criticisms and endless trolling from other people),” she told reporters.

All the senatorial candidates in the Top 15 of recent surveys have voted before 1 p.m. on Monday.