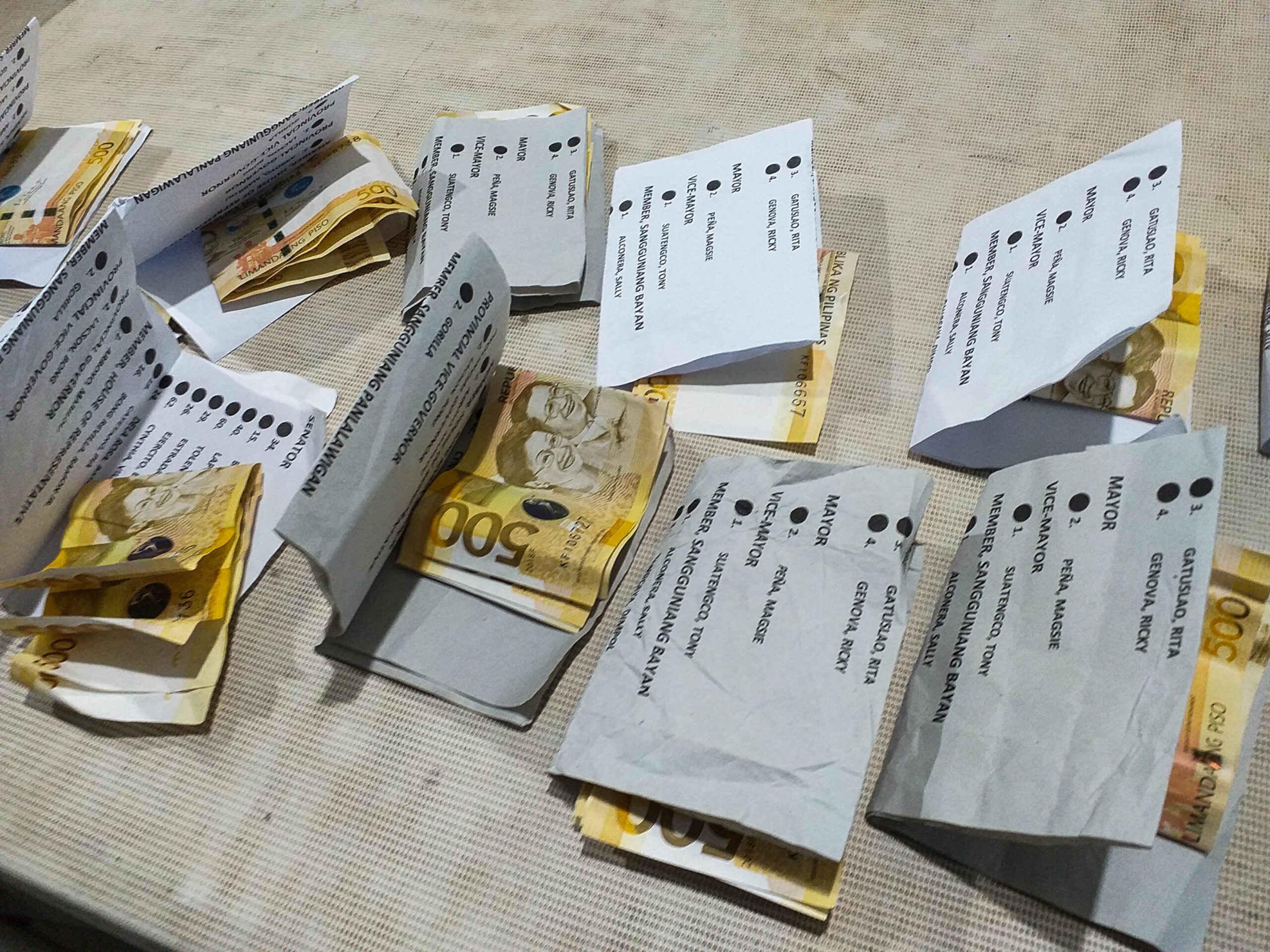 NEGROS OCCIDENTAL, Philippines – On the eve of the May 13 elections, police arrested  28 people, including 3 minors, for alleged vote buying and illegal campaigning in Moises Padilla town in this province.

When they went to Barangay 7 to verify the report, they caught 12 persons, including two minors, with sample ballots enclosed with two P500 bills, in the area. (READ: Suspected vote-buyers, sellers arrested nationwide)

Police also intercepted a jeepney plying the Pulupandan-Bacolod route found with about 600 sample ballots; and arrested 12 individuals, including a minor.  Accolador said police  received reports that the suspects were allegedly involved in vote buying.

Accolador said the 12 will be charged with vote buying while the others will face charges for prohited campaigning in relation to Republic Act No. 9006 or the Fair Election Act. He added that the minors aged 15 to 16 years old would be released from police custody.

He said reelectionist Moises Padilla Mayor Magdaleno Peña called him and questioned the arrest of those individuals in the jeepney. (READ: Watchdog warns vote-buying crackdown ‘prone to abuse’)

The mayor, according to him, said he hired those men from Pulupandan to help him in the elections and there’s nothing illegal about it. Accolador said there was clear violation because campaigning is not allowed the day before the elections and they are distributing sample ballots and engaging in partisan politics.

Moises Padilla is under the control of the Commission on Elections.  (READ: Guns, goons, killings in small Negros Occidental town)

On March 31, reelectionist town Councilor Jolomar Hilario was killed in front of his family. An NPA spokesperson admitted killing the councilor.

On April 25, reelectionist town Councilor Michael Garcia and his uncle, former ABC party-list president Mark Garcia, were killed in an ambush on the convoy of Moises Padilla Vice Mayor Ella Garcia-Yulo, who survived the attack. – Rappler.com