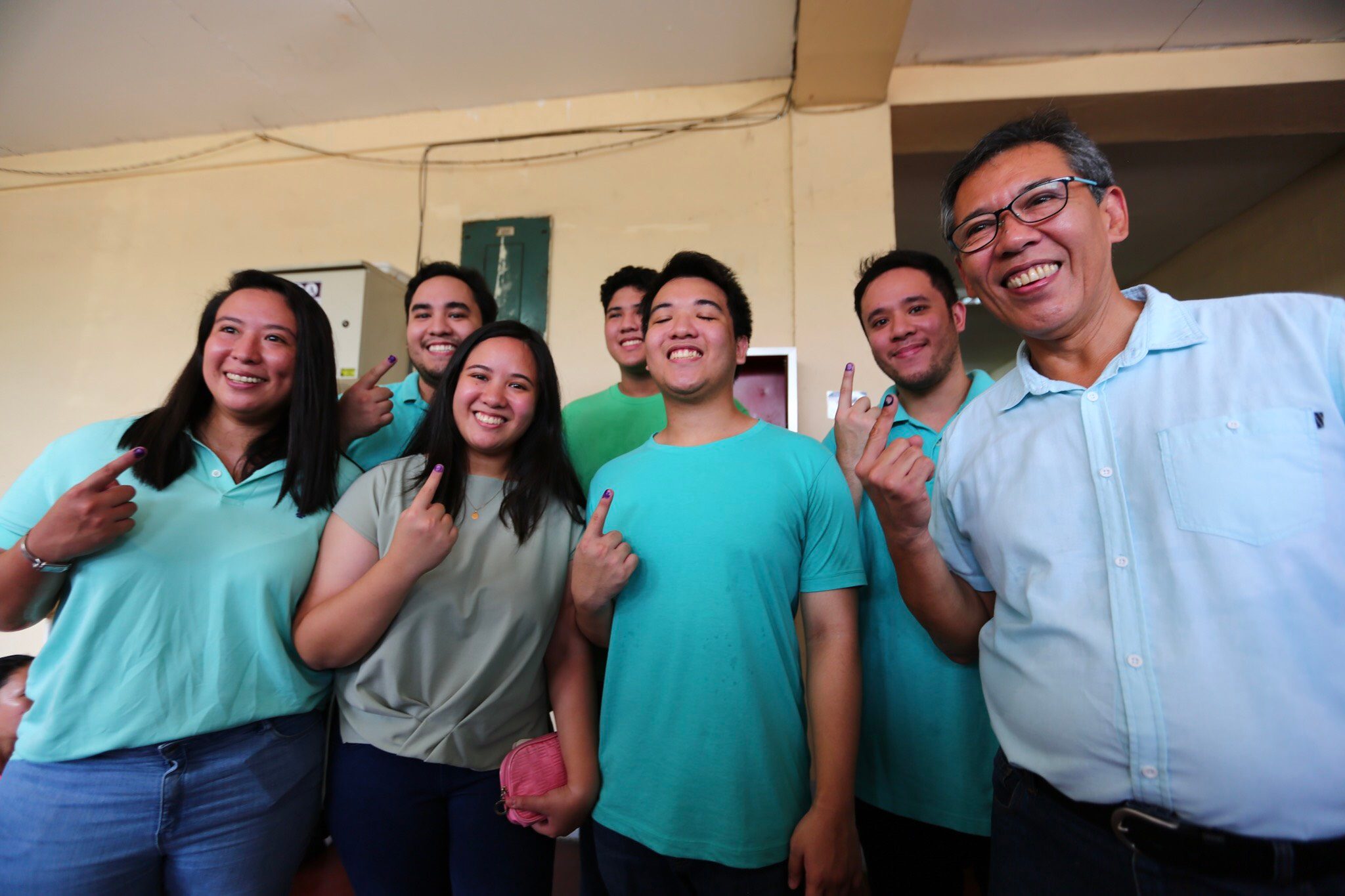 MANILA, Philippines – Human rights, press freedom, and equal access to a fair justice system are some of the issues that young Filipino voters deeply care about, according to artist-activist group Dakila.

Dakila’s head of partnership engagement Aly Suico made the comment in a chat with Rappler CEO Maria Ressa on Monday, May 13, as people headed to their polling precincts to vote. (LIVE UPDATES: Philippine elections 2019)

Suico, who with Dakila has conducted creative and advocacy workshops in universities nationwide, believes that the youth – aged 18 to 30 years old – know exactly what changes they want to see in their communities. (READ: Youth and elections: Is there such a thing as a ‘youth vote’?)

For example, she said, students in the Visayas are more interested in environmental sustainability and those in Luzon are focused on safety and security.

However, regardless of their area, their sentiments share a common theme: “Something they all want is for human rights education to be institutionalized in their educational system…and usually at the top of what they want is all Filipinos to have equal access to a fair…and efficient justice system. A lot of them are very affected by disinformation. Again, press freedom is a very big thing with them [and] campus repression in their schools.”

She recalled how, in their workshops, students would share that they’re feeling tired or hopeless as the people they’re trying to reach in their advocacies in turn try to disempower them.

The youth take up a big share of the Philippines’ voting population in 2019, at around 31%. And they appear to vote differently from the rest of the population.

This is at odds with the results of nationwide Pulse Asia and SWS surveys, which were dominated by senatorial aspirants from the Hugpong ng Pagbabago party of presidential daughter Sara Duterte Carpio.

When asked about what she thinks is the youth’s take on administration bet Ronald “Bato” dela Rosa, Suico said candidates like him may not elicit a positive reaction among young people who have strong feelings against injustice. Dela Rosa was chief of police at the beginning of President Rodrigo Duterte’s bloody war on drugs.

As millennials speak up more online, Suico hopes to see more of their words translate to actions on ground.

She said: “I see them organizing youth groups, organizing communities, trying to get them involved. Because the youth vote, as we see it, is mainly online. I think that’s how we’re judging it right now. But there is a larger number of youth that are offline, a larger number of youth that are not registered voters. So I think that’s where we need to go. Post-elections, that’s where we’re going.” – Rappler.com