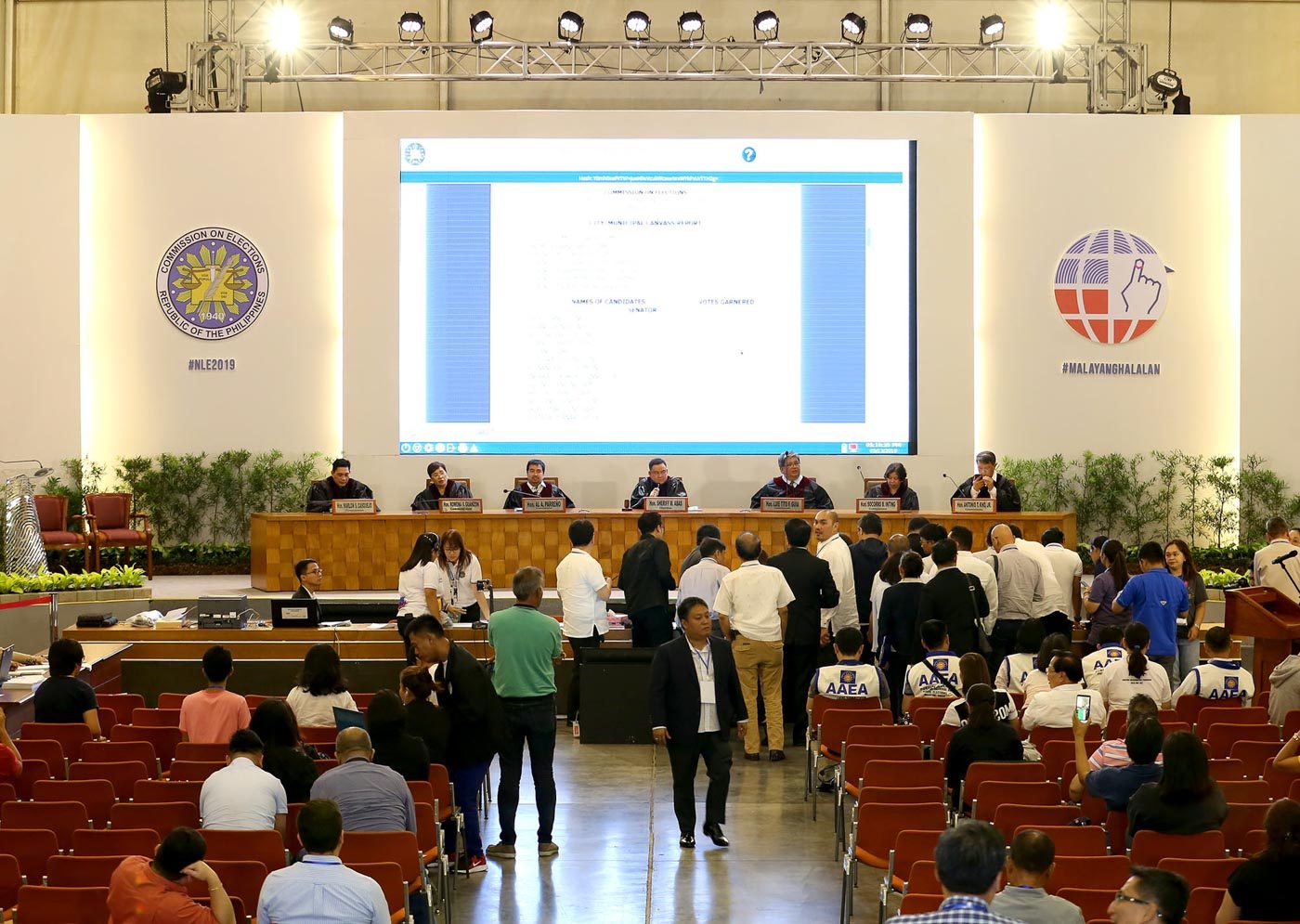 MANILA, Philippines (3rd UPDATE) – The Commission on Elections (Comelec) said the slow unofficial count of the 2019 election results is due to a “technical issue” with the Transparency Server, which receives vote tallies from election precincts.

The unofficial tally has been stuck for hours, with only 0.38% of polling precincts having reported results since around 6:23 pm on Monday. The transmission rate has remained at 0.38% as of posting time.

“The information that we’re getting is that we’re having a technical issue,” Comelec Spokesman James Jimenez said in a live GMA News interview past 9 pm on Monday, May 13.

Jimenez – who was then at the Philippine International Convention Center, which serves as the Comelec headquarters for the canvassing period – said he was on his way to the Pope Pius XII Center, where the unofficial count is being monitored.

“But I would like to emphasize also that the main track of the results is not the Transparency Server,” he added.

In contrast, the unofficial results go straight from vote-counting machines to the Transparency Server, which is accessed by media and election watchdogs.

“For now, it seems like the problem is only the reporting of the Transparency Server. It cannot generate a report. That’s something we need to figure out why,” Jimenez said.

“We hope to have an answer for you before midnight,” Jimenez added, as he left the PICC for Pope Pius Center immediately after the interview.

Comelec formally briefed the concerned groups regarding the situation shortly before 9 pm Monday.

Comelec Director Teopisto Elnas explained that the computer service that generates the files for the groups who were accredited to access the transparency server room encountered technical problems and did not function properly.

Otso Diretso campaign manager Kiko Pangilinan, noting the more than 5 hours since the initial updates from the transparency server first came in, called for answers from Comelec.

“If you cant release the results, we demand an immediate explanation as to the reasons behind this delay in the release,” Pangilinan said in a statement.

He added, “Nearly zero results. Zero explanation. Completely and totally unacceptable. Surely you can do better than this.” – Rappler.com