Sotto was on his way the city hall’s main entrance to greet his supporters. However, a noisy group of protesters carrying placards supporting the Eusebios picketed outside and blocked the passage. The commotion resulted in a partial lockdown of the capitol.

Sotto decided to avoid confronting the crowd and instead left city hall through the basement.

Earlier Tuesday morning, streamers which said, “Tapos na political dynasty sa Pasig” (The end of political dyanasty in Pasig), were allegedly posted by anti-Eusebio groups on a footbridge beside the city hall.

As of this post, the partial and unofficial results show Sotto winning with 209,370 votes, against incumbent Mayor Robert Eusebio’s 121,556.

The victories of Sotto and Romulo ended the Eusebio family’s decades old political dominance in Pasig City. (Read: Eusebio on his way out; Vico Sotto set to win as Pasig mayor)

As early as 9 am Tuesday, 96% of the voting precincts in Pasig City had transmitted results showing Sotto and Romulo’s resounding wins.

However, the Commission on Elections (Comelec) Board of Canvassers in Pasig did not proclaim the tandem, saying that it needed an approval from the Comelec regional director to lower the mandated threshold of transmitted results.

Sotto’s lawyers filed a motion to lower the threshold given that their vote margins were so wide that the remaining 4% would not afffect the outcome.

“The remaining 4% is immaterial. It’s too small to change the results,” Sotto told Rappler.

Pasig election officers, however, decided to wait for a written approval and a code from the director’s office to print the Certificates of Canvass before proclaiming the winners.

The Comelec regional office’s decision arrived at 2 pm as the voting transmissions hit 98%. 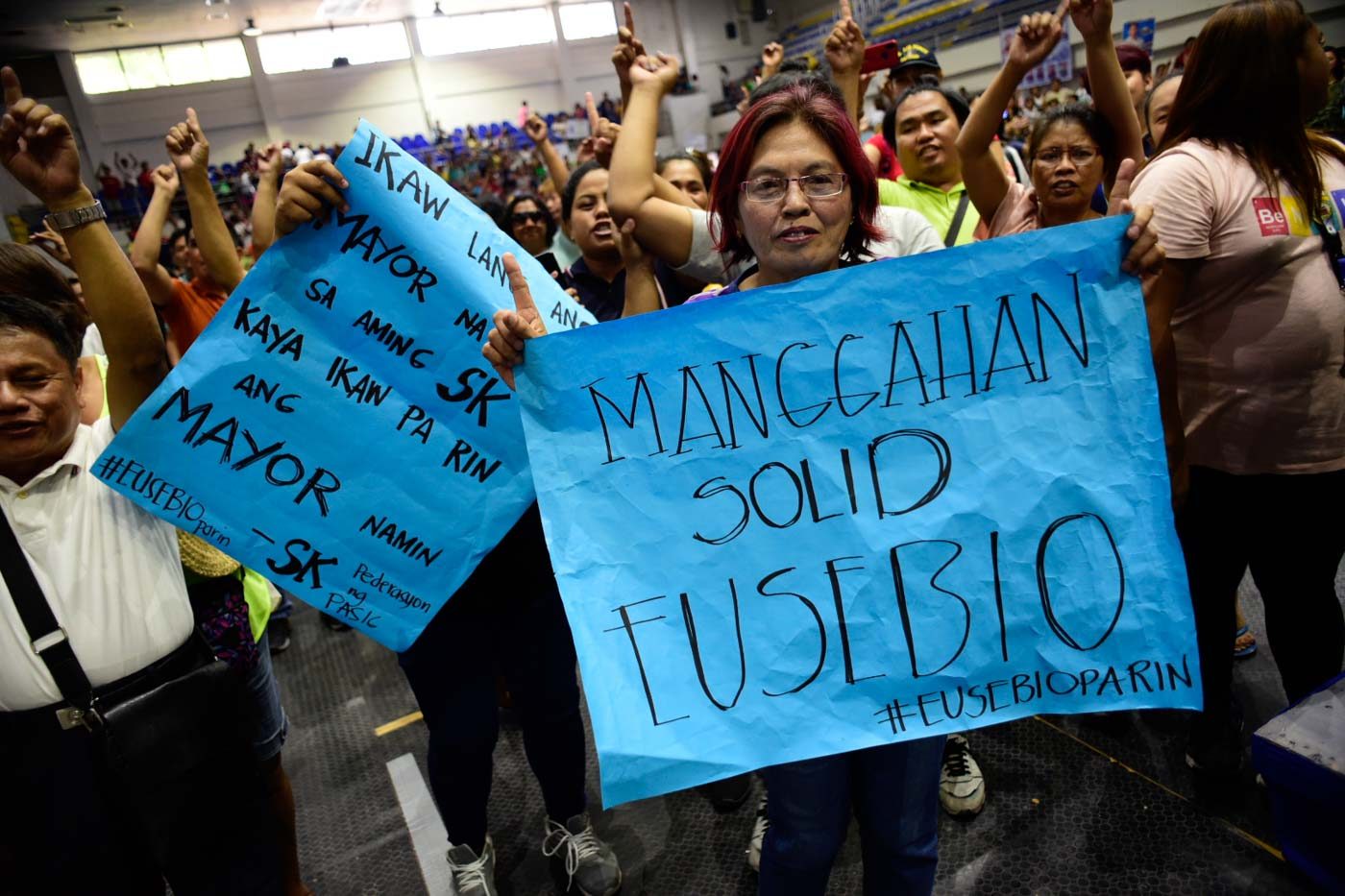 Sotto remained at the 7th floor of Pasig City hall since he arrived at 2 am Tuesday. He said he had not slept for more than 24 hours, but was eager to meet and greet every supporter who came to witness his proclamation.

“I was very optimistic from the start not for anything else but because going around Pasig – the 30 barangays, and meeting Pasigueños, the clamor for change was very apparent. It’s really the right time for change in the city.”

He thanked his supporters, many of whom he said, volunteered to campaign for him since he ran as city councilor.

(“Our efforts were worth it. Pasig is ready for real change.)

(Even for those who did not support us, those who were not with us, It’s okay. Now that the election is over, let us all be united.”) – Rappler.com