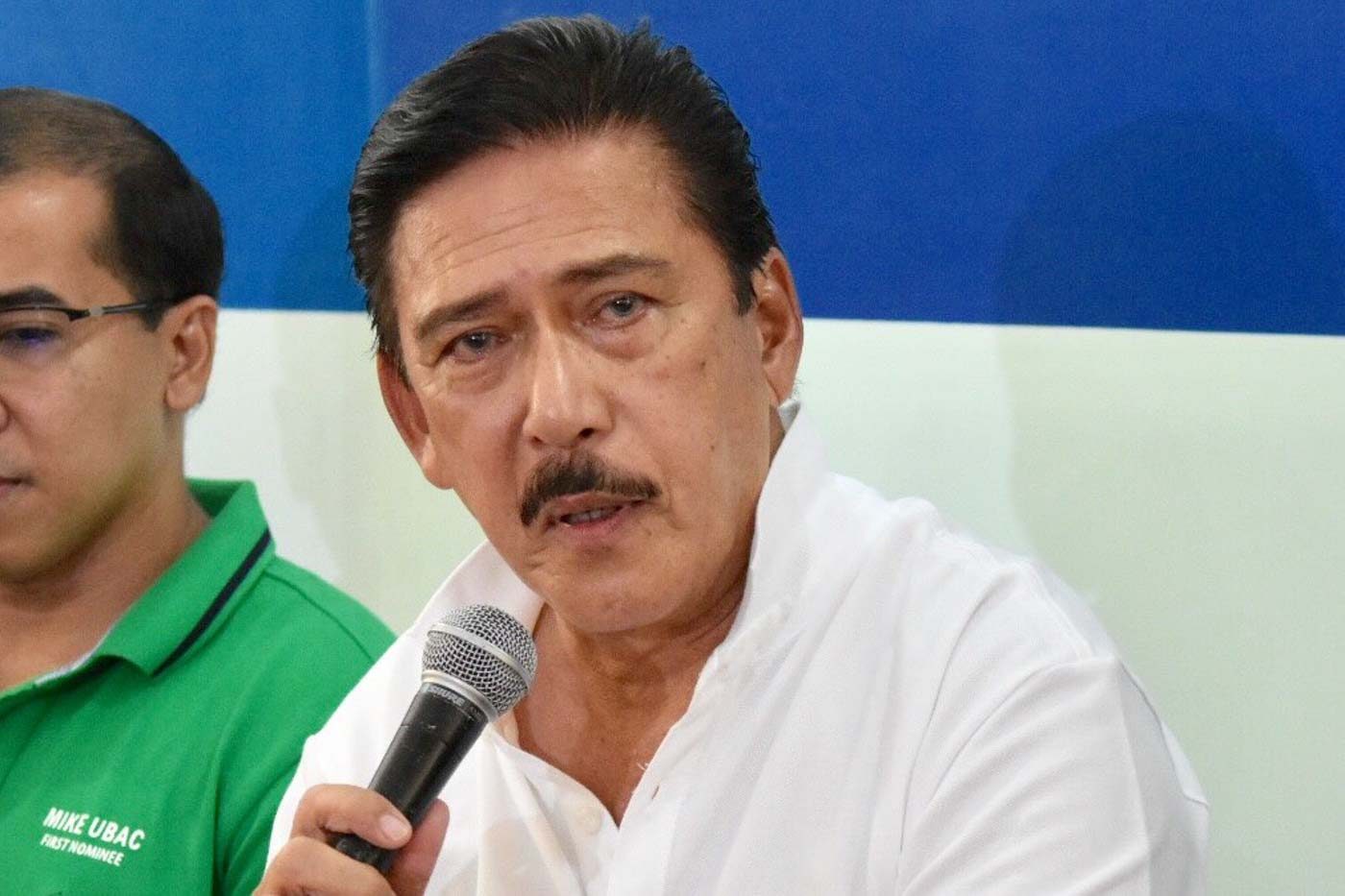 MANILA, Philippines – Senate President Vicente “Tito” Sotto III on Thursday, May 16, defended presumptive senator Bong Go from allegations he would be a blind follower of Malacañang.

Go, who was President Rodrigo Duterte’s longtime aide, ranks 3rd in the senatorial race, so far. This is based on the partial and unofficial tally as of Thursday afternoon, with 97.44% of precincts having transmitted results.

“I doubt it. The way I know Bong Go, kapag may pinilit ang Palasyo na ‘di niya gusto, papalag ‘yun…. ‘Di basta pikit-mata susunod. You already owe it to the millions of people, not to those who endorsed you. Gano’n na ang feeling ‘pag nando’n ka [sa Senate],” Sotto said in a press conference.

(I doubt it. The way I know Bong Go, if the Palace asks him to do something and he does not like it, he will oppose it. He will not follow blindly. You already owe it to the millions of people, not to those who endorsed you. That’s how it feels like when you’re already in the Senate.)

Sotto denied that the Senate would be a rubber stamp under the 18th Congress.

“‘Di ka puwede mag-ram through kagaya sa House (You can’t ram through unlike in the House),” he said.

“No. I really doubt, I seriously doubt it. First of all, ang leadership hindi kapartido ng President (the leaders are not party mates of the President)…. We would like to maintain an independent, transparent, and sincere Senate,” Sotto said.

(If the President wants something done and it’s good, we won’t block it. But if it puts the public at a disadvantage, I doubt we would pass it.)

In his campaign speeches, Go vowed to continue supporting Duterte’s agenda. (READ: ‘That’s how much I love him’: Bong Go ready to join Duterte in jail)

“Patuloy po akong magiging tulay ‘nyo kay Pangulong Duterte (I will continue to be your bridge to President Duterte),” Go had said. (READ: Bong Go claims he’ll be independent from Malacañang but…) – Rappler.com