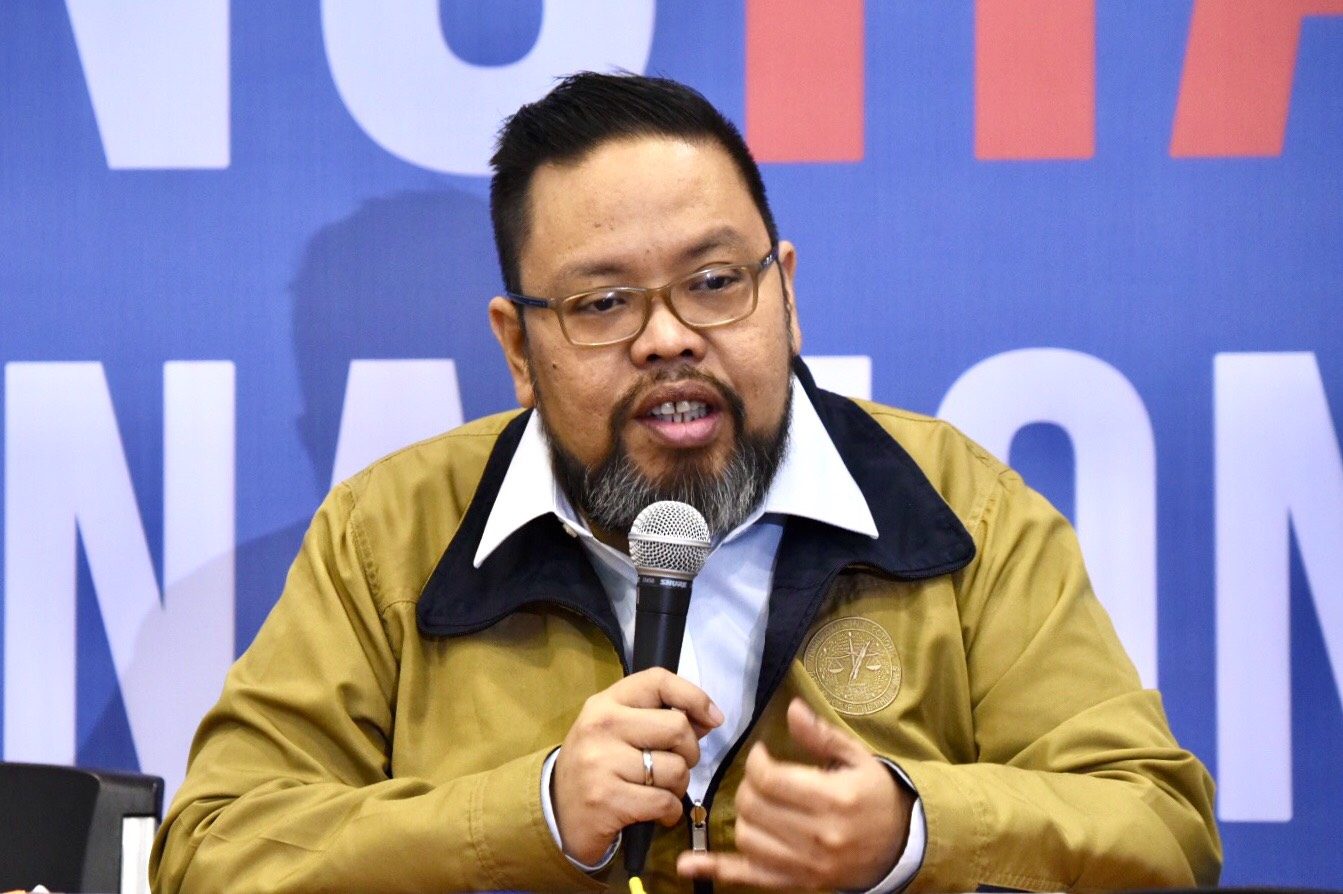 Facebook Twitter Copy URL
Copied
'I'm very sorry to disappoint everyone, but it looks like today is not the day,' says Commission on Elections Spokesperson James Jimenez

MANILA, Philippines – The delayed transmission of votes from the United States frustrated the plans of the Commission on Elections (Comelec) to proclaim the Philippines’ winning senators and party-list groups on Tuesday, May 21.

“I’m very sorry to disappoint everyone, but it looks like today is not the day,”

Jimenez had said on Monday, May 20, that “it is a very sure bet” that the proclamation of senators and party-list groups will take place on Tuesday.

Monday evening ended with the Comelec still waiting for certificates of canvass (COCs) from Saudi Arabia and the US.

The Comelec, sitting as the National Board of Canvassers (NBOC), canvassed the Saudi COC at noon on Tuesday, but has not received the US COC as of posting time.

Jimenez said the COC from Los Angeles will still have to be transported to Washington DC, where the US votes will be collectively tallied then sent to the NBOC in the Philippine International Convention Center in Pasay City.

Jimenez said the Comelec expects the transmission from Washington DC at around 8 pm on Tuesday, Manila time.

“We’re trying to get information from Washington DC, and we can’t get in touch with them, and that’s why we’re seeing this delay,” Jimenez said.

On why the LA COC was delayed given that this is not the first time US-based Filipinos had overseas voting, he added, “That’s something that we’re very interested in as well.”

Theoretically speaking, this number of voters – if all of them voted in this year’s elections, an unlikely possibility – can alter the results for the 12th and 13th placers in the Senate race. Only 12 candidates can be declared winners.

The difference between 12th placer Nancy Binay and 13th placer JV Ejercito, based on the Comelec’s latest tally, is 203,666 votes. – Rappler.com