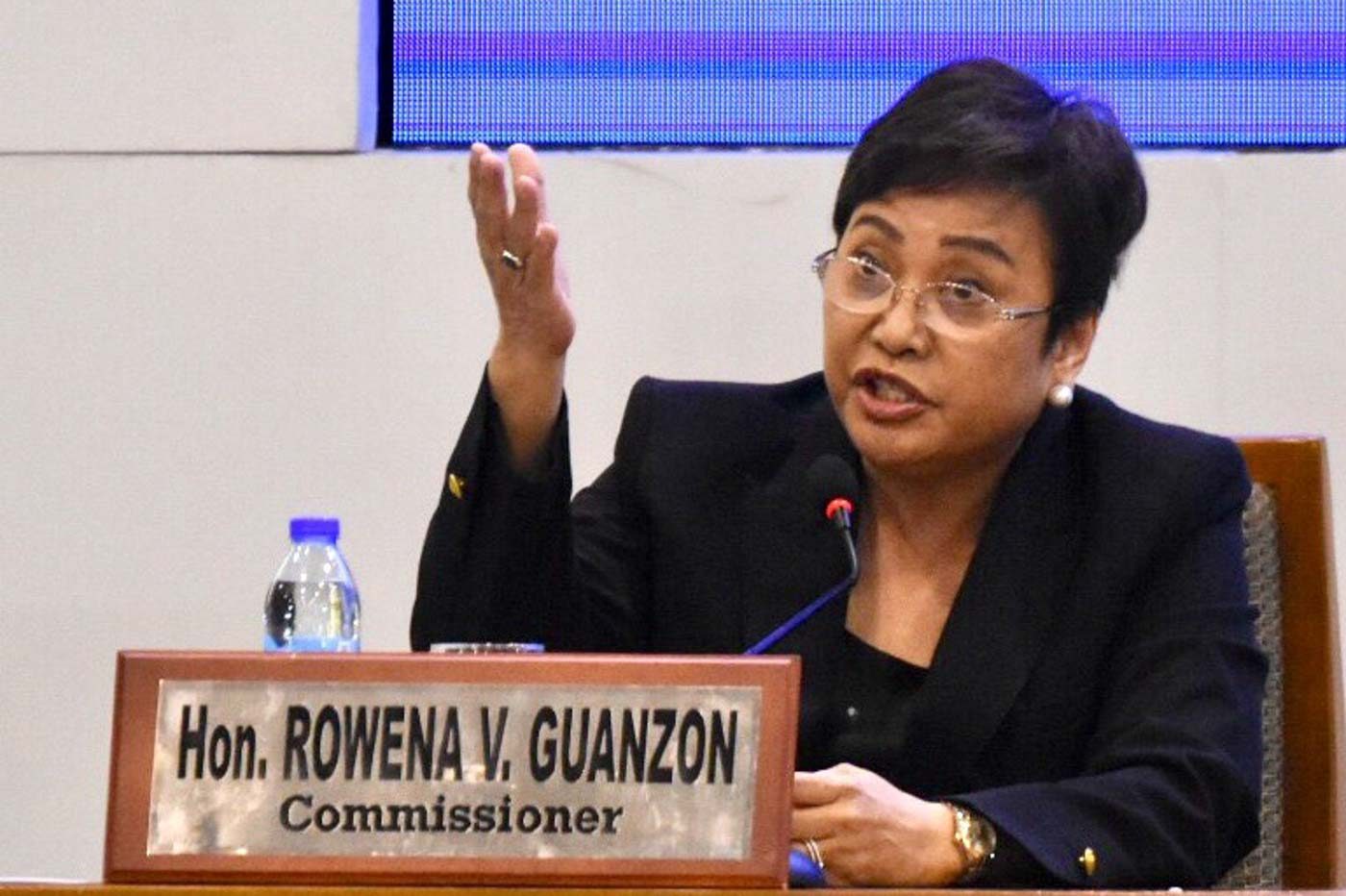 Facebook Twitter Copy URL
Copied
(3rd UPDATE) ‘In the certificate of candidacy form of a Cardema, he stated that he is qualified. But is he not over 30 years old?’ says Comelec Commissioner Rowena Guanzon

MANILA, Philippines (3rd UPDATE) – Commission on Elections (Comelec) Commissioner Rowena Guanzon questioned on Wednesday, May 22, Duterte Youth Chairman Ronald Cardema’s petition to substitute as the party list’s nominee, aiming the spotlight on his qualifications to be a youth representative.

“In the certificate of candidacy form of Cardema, he stated that he is qualified. But is he not over 30 years old?” Guanzon said in a tweet on Wednesday morning.

The poll commissioner said Duterte Youth was registered as youth sector party-list in the 2019 elections.

Guanzon then asked when Ducielle Suarez Cardema – Ronald Cardema’s wife and the party-list first nominee whom he replaced – was born. She said: “For substitution to be valid, the one being substituted must be qualified in the first place.”

On  Suarez Cardema’s certificate of nomination and accpetance, she lists her birthday on September 20, 1990, making her 28 years old at the time of filing.

In the Certificate of Candidacy form of Cardema he stated that he is qualified . But is he not over 30 years old? Duterte Youth registered as a youth sector party list.

For substitution of nominee to be valid , the one being substituted must be qualified in the first place.

This means that if Duterte Youth gains a seat in the incoming 18th Congress, its elected party-list member would be subject to qualifications for a youth representative laid out in the Party-List Act. The party-list is poised to take at least one seat.

On his official Facebook page, Cardema lists his birthday as April 13, 1986. This makes him 33 years old, or 3 years over the age limit required to be a representative of the youth sector

Groups earlier said Cardema could no longer serve as representative for Duterte Youth as he was beyond the age limit required for nominees of the youth sector. (READ: Groups ask Comelec to junk Duterte Youth Cardema’s substitution bid)

The Comelec en banc is currently tackling Cardema’s petition for substitution after the poll body’s law department said he had filed the petition on May 12, beating the deadline. Petitions for substitution could be filed before the closing of polls on election day.

The Comelec en banc has yet to release a decision on Cardema’s substitution. (READ: Duterte Youth’s Cardema already proclaims himself congressman on Facebook)

They will proclaim the winning senators and party-list groups in the 2019 elections on Wednesday, May 22. – Rappler.com