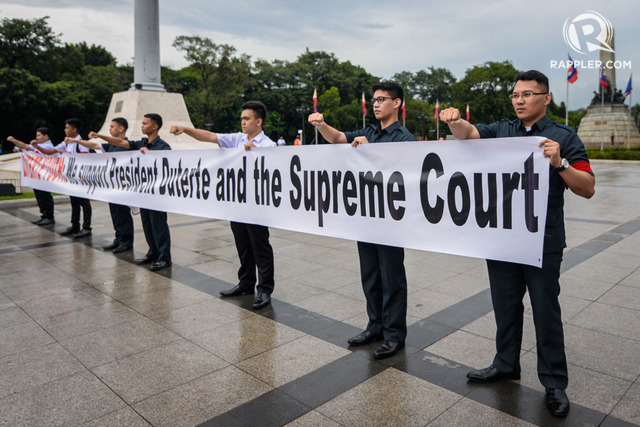 MANILA, Philippines – Embattled Duterte Youth chairman Ronald Cardema saw another roadblock to his bid for a party-list seat as the Commission on Elections (Comelec) en banc decided to hold off on issuing a certificate of proclamation to the party.

Comelec Commissioner Rowena Guanzon announced this to reporters on Wednesday, June 19, saying that they would need to first rule on petitions filed before the poll body challenging Cardema’s qualifications to sit as a party-list representative in Congress.

The group’s petition is the second to be filed before the poll body after a majority of the 7-member Comelec en banc on June 4 decided to give Cardema’s substitution bid due course, saying that the party met the deadline for filing for substitution – on a weekend, a day before Election Day.

The foremost issue highlighted in Cardema’s case is the age limit for youth sector representatives in Congress based on Republic Act No. 7941 or the Party-List System Act.

The law mandates that representatives of the youth sector must be at least 25 years old, but not more than 30 years old on Election Day. Cardema is 34. (READ: Too old to be youth official, Cardema now says he represents ‘professionals’)

Election experts and watchdogs also argued that Cardema skirted rules requiring appointive officials to resign from their posts after filing their certificates of candidacy.

Cardema, who served as National Youth Commission chairman throughout the election season, was accused of using his position and government resources to campaign for Duterte Youth.

Duterte Youth garnered enough votes to take one seat in the incoming 18th Congress, which will open on June 30. – Rappler.com