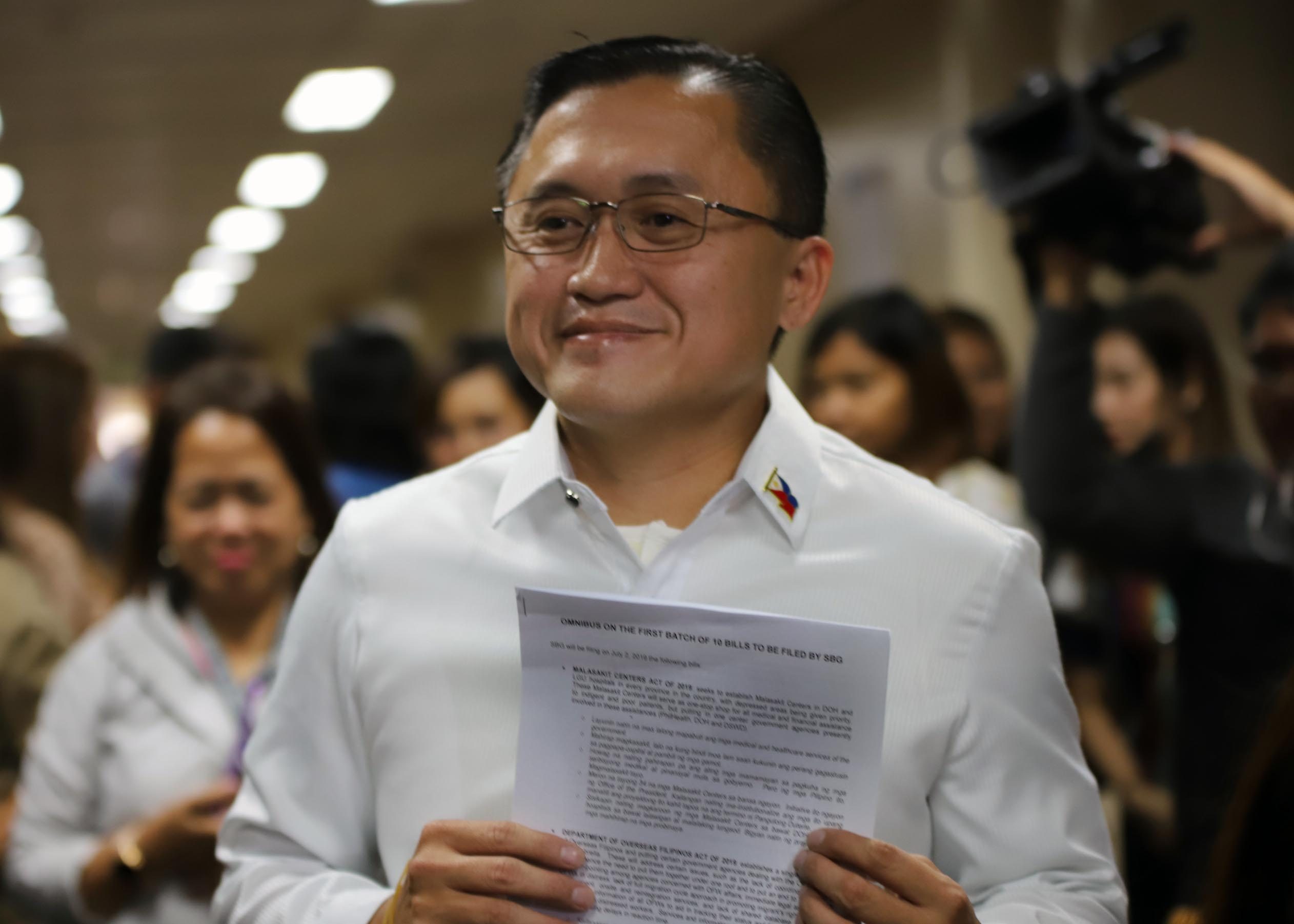 Facebook Twitter Copy URL
Copied
Three persons made the ‘in kind’ contributions, according to the senator-elect’s Statement of Contributions and Expenditure

MANILA, Philippines – Bong Go, President Rodrigo Duterte’s most trusted aide, made use of at least P5.7 million worth of “social media boosting” for his 2019 senatorial campaign, according to his Statement of Contributions and Expenditures (SOCE).

A copy of his SOCE, obtained by Rappler, showed that there was a total of P5,702,997.34 “in kind” campaign contributions that went to “social media boosting.”

These are the values of in-kind donations the 3 made that went to “social media boosting”:

Of the total contributions (P162,035,537.34), only 3.5% were explicitly said to have gone to social media boosting. Most were cash donations, some of which may or may not have also been used for Go’s social media campaign.

Go’s SOCE does not indicate what the cash donations were used for.

Of the 3 social media boost in-kind donors, only Ng has been associated with Duterte. Ng is an incorporator of the Poeng Yue Foundation, which includes as incorporators Duterte and some campaign donors like James Gaisano, Samuel Uy, and Lorenzo Te.

“Social media boosting” made up the biggest chunk of “in kind” donations Go received, unlike other candidates.

Such was the pervasiveness of social media then that the 2016 polls has been called the first social media elections in the Philippines.

Because of this, the Commission on Elections (Comelec) introduced new regulations on the social media campaigns of candidates in the 2019 elections.

Comelec Resolution 10488 required candidates to register their official social media accounts and websites to report campaign expenses, and social media influencers to report how much they were paid for promoting candidates.

Go, who was very visible online and who harnessed Duterte’s sizeable online following, ended up placing 3rd overall in the Senate race, a feat for a political newbie. – with reports from Michael Bueza/Rappler.com

(Editor’s note: An earlier version of this story made reference to Ng being a contributor to Duterte’s presidential campaign. This has been corrected.)