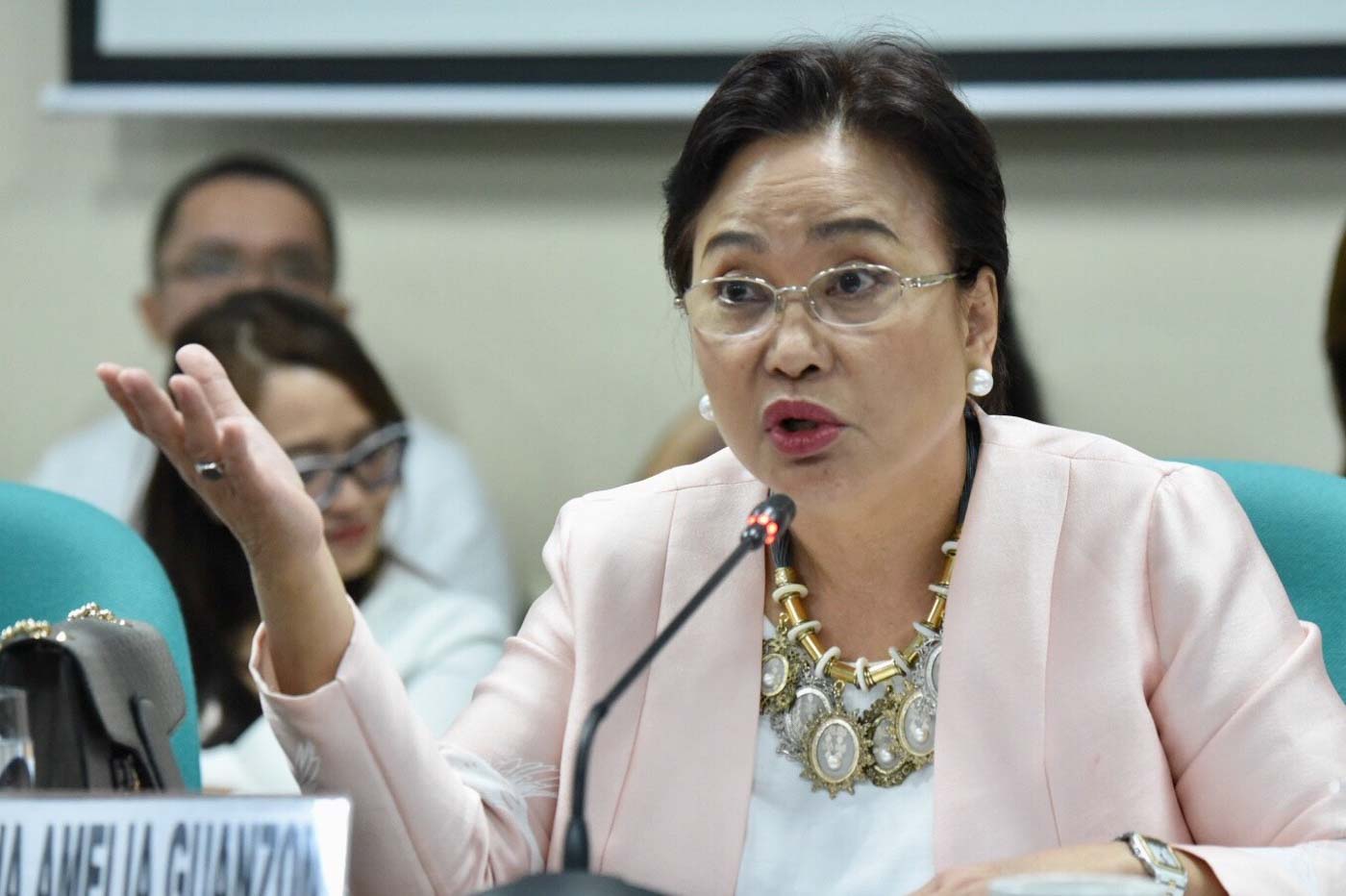 MANILA, Philippines – Contrary to the opinion of her colleagues, Commission on Elections (Comelec) Commissioner Rowena Guanzon said there is “no legal basis” for the poll body to accept Duterte Youth chairman Ronald Cardema’s move to withdraw his nomination as the embattled party’s 1st nominee.

Guanzon was again the lone commissioner to speak out against Cardema’s latest move as she voted to merely “note” the former youth commissioner’s withdrawal of his certificate of nomination and acceptance (CONA) filed last September.

Comelec Commissioner Luie Guia abstained once more from the ruling approving the withdrawal of Cardema, as he did with previous en banc decisions regarding Duterte Youth and Cardema. Guia had first abstained from the ruling giving due course to Cardema’s nomination, he said, “to be consistent with [his] earlier vote to deny the accreditation” of Duterte Youth.

In a memorandum addressed to the Comelec en banc, Guanzon said Cardema’s withdrawal of his CONA was only the latest among his and Duterte Youth’s actions which “clearly paint a clear image of the maneuvers…fueled by greed and an unfettered urge to muster political power even if he (Cardema) is disqualified by law.”

Why is there no legal basis? Guanzon believes Cardema’s notice of withdrawal cannot be valid in the first place since its filing is prohibited by the poll body’s rules, which state that withdrawal or acceptance of nominations will no longer be allowed after the close of polls on election day.

This is clear in Section 4 of Comelec Resolution No. 9366, which says withdrawals or acceptance of nominations can only be filed with the poll body’s Law Department “before the close of polls.” Cardema filed his notice of withdrawal on September 13, 2019 – exactly 4 months after election day last May 13.

“The commission cannot depart from the clear letter and the ineluctable meaning of the rules,” Guanzon said, citing a 2010 Supreme Court decision which ruled that “where the language of the law is clear, there is no room for interpretation, only for application.”

Guanzon pointed out that by allowing Cardema’s withdrawal of his nomination, the public’s constitutional right to information and transparency was violated.

“Allowing the indiscriminate withdrawal and substitution of party nominees after the close of polls defeats the people’s constitutional right to information and transparency. The electorate is given access to the list and the information contained therein because it is through which voters are able to make informed choices and decisions,” she said.

Guanzon added, “A violation of the people’s right to information also essentially prevents the meaningful exercise by the people of their right to suffrage.”

What happens next? Since the proclamation of winners in the May 2019 polls, Duterte Youth has been unable to obtain its seat in the House of Representatives, owing to several resolutions filed at the Comelec challenging the validity of the party’s nominees and registration. (READ: Stretching the rules: Duterte Youth’s bid for Congress)

Guanzon hit Cardema’s attempt to “escape blame” for the legal difficulties he and his party are facing, saying it was Cardema’s last-minute nomination which “set in motion the legal hardships that the party now suffers.”

Cardema’s substitution bid drew wide criticism across the political spectrum with politicians hitting it as a “brazen” attempt to enter Congress. The Comelec 1st Division, which Guanzon is part of, eventually canceled Cardema’s nomination as he is ineligible to serve as youth sector representative for being above the age limit of 30. Based on his CONA, Cardema is 34 years old, as he was born on April 12, 1985.

Since the cancellation of his nomination, Cardema has accused Guanzon, who had voted against his party-list nomination, of corruption and extortion. (READ: Guanzon on speaking out vs Cardema: It’s my duty to defend Comelec)

Guanzon has repeatedly denied Cardema’s claims and vowed she would fight against the allegations. (READ: Guanzon vs Cardema: He won’t destroy my reputation)

Meanwhile, though the Comelec accepted Cardema’s withdrawal of his nomination, Duterte Youth will not yet be able to assume a seat in the House. Guanzon told Rappler that the Comelec has yet to issue the group’s certificate of proclamation, which is a requirement for a nominee to assume a House seat. – Rappler.com