Grace Poe to UNA: Why are you so afraid of me? 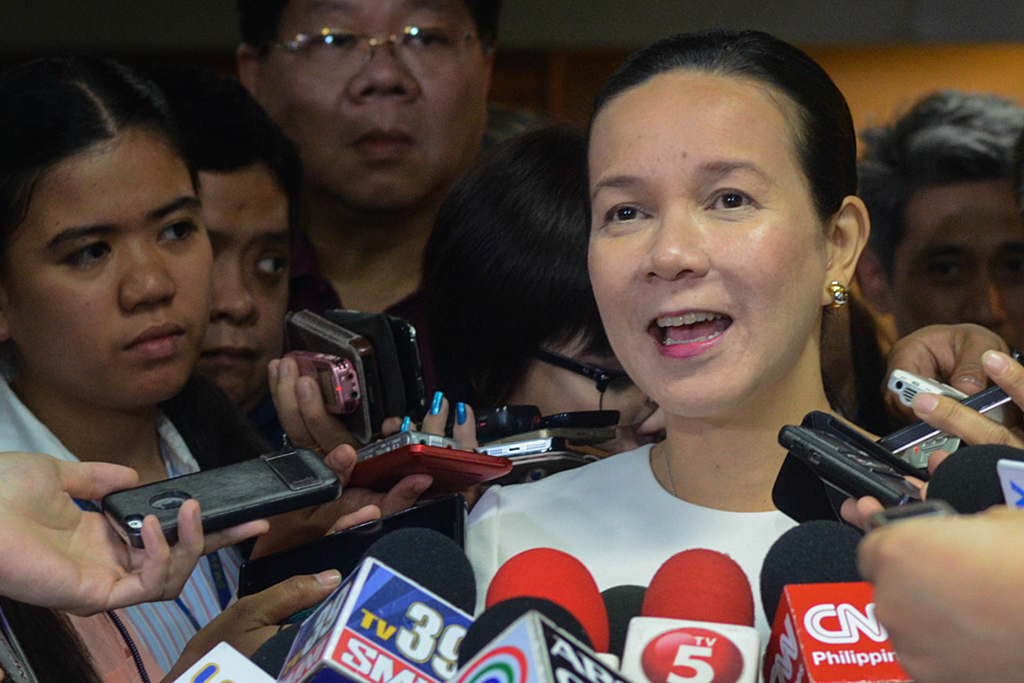 (I will admit that now that all these are happening, I am thinking about it more. I am always asked, “What percent have you reached in your decision?” I say, “I think 50% and all the more now, they are pushing me to reach almost 100%.”)

Poe said raising eligibility issues against her smacks of desperation on the part of UNA. She dismissed talk that UNA interim president Tobias Tiangco made the political move without the approval of UNA standard-bearer Vice President Jejomar Binay.

“Ganiyan kalaking decision, walang sanction?” said Poe. (It’s such a big decision. There is no sanction?)

She also questioned the timing of Tiangco’s press conference on Tuesday to declare that Poe is disqualified from running for president or vice president in 2016 because she will not meet the 10-year minimum residency requirement. (READ: Grace Poe on residency: I have been in PH since 2005)

Tiangco’s move also comes after grapevine talk that lawyers of both UNA and the administration’s Liberal Party have been working on ways to disqualify Poe in the event she decides to run against their candidates.

(Why are you so afraid of me? This is not the action of someone who is not threatened. They’re saying that they’re not doing this to hit back. But they timed it right after I signed the committee report. They raised the issue right after I challenged them to face the public and explain.)

“Naaawa ako sa kanila na pinagdidiskitahan nila ang issue na ito. Ganun na rin ang ginawa nung nawawalan na ng pag-asa nung tamakbo si FPJ,” she said, referring to her father, the late Fernando Poe Jr, who ran for president in 2004 but lost. (I pity them. They are making a big deal out of this issue. This is the same issue raised by camps who were discouraged by FPJ’s run.)

In an interview with Rappler, Tiangco said Poe is entitled to her own opinion if her “perception” is that UNA is threatened by her.

Still, UNA’s president said that Poe should not link the Binay camp to her own political plans.

“I hope that if she has ambitions, she does not blame her ambitions on other people. There is nothing wrong with admitting you want to offer yourself to the public but saying someone pushed you, can anyone force you? If you want to run, you’ll do it because you want to,” Tiangco said.

“If she wants to run, there is nothing wrong with that as long as she possesses the qualifications.” – Carmela Fonbuena and Ayee Macaraig/Rappler.com