‘Binay must be his own spokesman’ Facebook Twitter Copy URL
Copied
The Vice President is pressed to deal with his biggest communications gaffe: his refusal to directly confront the corruption scandal tainting his candidacy

MANILA, Philippines – When Vice President Jejomar Binay told his trusted circle that he was resigning from the Cabinet on that same day on Monday, June 22, there was a direct, strict order to his team: no one speaks except the VP.

His spokesmen were unusually quiet. His party mates let cellphones ring unanswered. His aides replied to reporters’ SMS with the same official line. All built up the drama for the moment Binay will finally define himself as the opposition standard-bearer. Yet his own daughter beat him to the punch.

“He was tired of being treated as a punching bag, and not being able to fight back. Now, he feels liberated,” Makati Representative Abigail Binay told radio dzMM in comments bannered on the next day’s front pages.

The Binay camp calls the remark minor but it was the latest in a series of mixed messages. With a phalanx of spokespersons, the team suffers from what supporters admit to be uncoordinated, inconsistent moves that blindsided its patron and members.

Losing his lead in surveys and veneer of inevitability, the Vice President is pressed to deal with his biggest communications gaffe: his refusal to directly confront the corruption scandal tainting his candidacy. Now that he bolted the administration, will Binay become his own spokesman?

The limits of ‘pulitika lang iyan‘

Binay’s critics love to joke that they’ve lost count of his spokespersons. The embattled former Makati mayor asked for reinforcements when the Senate investigation into his family’s supposed anomalies began in August 2014. Technically, there are only 3 but in practice, there have been 6. Most visible are the attack dogs: Navotas Representative Toby Tiangco and lawyer JV Bautista, interim president and secretary-general of the United Nationalist Alliance (UNA), respectively. Guiding the group is ex-journalist Joey Salgado, Binay’s long-time spokesman and communications chief.

There was Cavite Governor Jonvic Remulla, who left to focus on his own campaign. Lawyer Rico Quicho of Corona impeachment trial fame took over as spokesperson for political affairs. The latest addition is reporter-turned-politician Mon Ilagan, UNA’s spokesperson. Do too many spokesmen spoil the message? Salgado is quick to point out that the rival Liberal Party (LP) has a similar set-up where leaders like Senate President Franklin Drilon and representatives Edgar Erice, Mel Senen Sarmiento, and Ben Evardone speak for President Benigno Aquino III, on top of the Palace spokespersons.

Ilagan told Rappler that tasking is clear on paper but when in action, a spokesman will have to field all sorts of questions. “When it comes to legal questions, I have to ask Attorney JV or Attorney Quicho. When it relates to UNA, political issues, it’s myself and Congressman Toby. It’s case to case.” Pulse Asia President Ronnie Holmes cited this as a factor in the June survey where the mayor of 21 years trailed newbie Senator Grace Poe for the first time, 22% to her 30%. 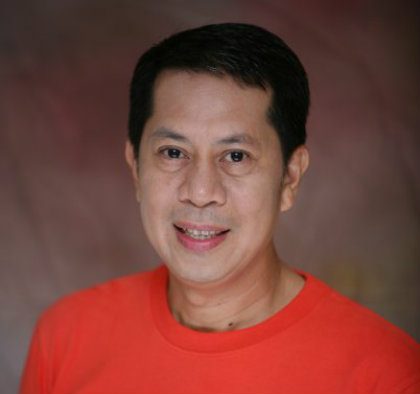 Even the Vice President’s staunchest defenders share the observation. The self-styled activist-lawyer Harry Roque said spokespersons just took their cue from their boss. He said instead of sticking to a legalistic approach, Binay should have publicly addressed every charge to stand a chance in the perception game.

“I think the problem was false expectations on the part of the VP himself. He underestimated the ability of his detractors to sustain it, and he underestimated the propensity of the people to believe unrebutted allegations. It really was a communications problem,” Roque told Rappler.

Salgado admits Binay took a hit from the Senate inquiry that spans a record 10 months, 21 hearings, and counting.

“We were overwhelmed, saturated. Kung air warfare, carpet bombing ang ginawa sa amin. Maraming aircraft, and we just had to dig in. We fired a few shots but the intensity was too much,” he said in an interview. (If this were air warfare, they assaulted us with carpet bombing. There were too many aircraft.)

These few shots included a counter-affidavit Binay submitted to the Senate, some interviews, and a speech he delivered in October 2014 without taking media questions. He challenged his fierce critic, Senator Antonio Trillanes IV, to a debate, only to embarrass himself by backing out at the last minute.

Gladstone Cuarteros, assistant professor of political science at the De La Salle University (DLSU), said Binay must be his own spokesman.

“Avoidance is the wrong strategy. Filipinos want to see their idol or leader fighting. He should fight his own battles, not rely on the deniability and safety valve that spokespersons provide.”

Roque said Binay will file a counter-affidavit once the Ombudsman serves him a complaint. The challenge to his communications group is to translate the legal document to points ordinary people can easily understand.

In sorties, the campaign rolled out 30-second videos rebutting the corruption claims for audiences including senior citizens. The team plans to post the clips on social media where the VP is the favorite subject of memes, tweets, and the red, angry mood meter.

Not so graceful attacks

In the rare times Binay faced cameras or took the podium, he sometimes said one thing, and did a 180-degree turn later. Case in point was asking for Aquino’s “secret support,” and then giving a scathing resignation speech against his administration.

The same thing happened when Tiangco and Bautista went on the offensive after Poe rejected Binay’s statement that she could be his running mate. That was the time the senator signed the Senate report recommending plunder charges against Binay, and shot back that honesty, not experience, was the ideal quality of a leader.

Deliberately bypassing Binay and Salgado, Tiangco showed reporters Poe’s 2013 certificate of candidacy, and questioned her residency. Bautista went farther by declaring that as a foundling, Poe was stateless and did not meet citizenship requirements.

Yet Poe responded gracefully, taking the opportunity to highlight her adopted foundling story as told in an ABS-CBN series coinciding with the attacks. The senator even chided Binay for “hiding behind a spokesperson.” The Vice President was left having to do damage control.

“Grace’s increase was because of a perfectly timed media exposure exactly during the survey period,” Salgado said. “She suddenly became visible, unfolding her story of finding her parents which admittedly resonated with people.”

Binay’s political lieutenants said that while the shots backfired, funders now privately express doubts about bankrolling Poe’s campaign because of eligibility questions. Salgado said Poe must address legal experts’ questions lest she be guilty of using the trademark Binay line of answering charges at “the proper forum.” The Binay dynasty also joined the fray. In a teary press briefing, Representative Binay called for a ceasefire on the Poe issue, lamenting broken family ties with the senator’s family.

The Vice President’s children have also become his de facto spokespersons, violating conventional wisdom from campaign experts: don’t allow a candidate’s family to be too involved because they tend to be emotional, often getting in the way of rational decision-making.

A possible UNA senatorial bet, Harry Roque said it is best they leave the talking to the spokespersons.

“I think JV Bautista was effective in condemning the Senate. When you dismiss something as a kangaroo court, you don’t send a [law dean] Pacifico Agabin to it. You send them a person they deserve. As for Toby, he really cannot be a full-time spokesperson because he is also head of the party. Rico now is studying abroad,” said Roque.

The lawyer said Ilagan is perfect for the role. He compares the former journalist to Palace Communications secretaries Sonny Coloma, and Ignacio Bunye of the Arroyo administration.

“Mon Ilagan is not so bombastic. He’s rather deadpan but that’s what Binay needs right now. Spokespersons should not panic. The only role is to communicate so they should not be affected because they’re not the subjects. You’re only the talking head. It’s not about you,” Roque said.

Ilagan though had his first run-in with his former ABS-CBN colleagues, reportedly telling them: “Talk to my coordinator.” ‘Boots on the ground’

Binay concedes losing the media war, often complaining about negative or limited coverage in Metro Manila. While he began airing ads, Binay still subscribes to his long-standing philosophy of political barnstorming and patronage, one handshake, bag, candy, and boodle fight at a time.

“Air war is important in a senatorial race but when it’s one-on-one, there is another component: ground warfare,” Salgado said. “Air to soften the ground for you but once that’s done, that’s where your ground troops come in. All the major wars were won not simply because of air but being able to gain territory. Boots on the ground.”

While only highlighted now, Binay began campaigning right after winning the vice presidency 5 years ago. Ilagan said the tireless candidate will now even “double and triple” his effort to get “the people’s pulse.”

“I don’t think I will defend him if I did not see what he was like as a mayor of Makati. At 5 am, he runs. At 6 am, he is already bringing food: sopas, lugaw (soup and porridge), and visits 6 to 8 wakes. He will go and see what the people need. Ikot (going around) is the only way,” the former Cainta mayor said.

Will the direct, grassroots approach be enough to counter the corruption allegations, and ensure a recovery? DLSU’s Cuarteros said that the Binay camp has to be more disciplined because the messaging blunders are signs of a disorganized campaign.

The team still has less than a year to get it together. This early, lessons from Binay’s fall from grace reveal much about the quintessential politician, and the circus that is Philippine politics.

“He would have been history if he had not almost finished going around the country by now,” Roque said after campaigning with Binay in the island province of Biliran. “You can’t also underestimate his charisma as far as the common tao (people) is concerned. That matters pala in the average Filipino’s perception: the fact that they can touch you, have a selfie with you.”