MANILA, Philippines — There are only three months left for voters to register. According to Director James Jimenez, there are still 4.7 million voters without biometrics, as of February 2015. Those people are in danger of being disenfranchised, as mandated by R.A.10367.

In response to this, the Samahan para sa Tunay na Eleksyon sa Pilipinas (STEP) coalition launched their #ListaNaYan campaign on voter registration and civic participation. They cite accessibility, long lines, and misinformation as reasons why people fail to register through biometrics. Thus, the campaign aims to circulate information about biometrics registration and to make registration more accessible and efficient.

STEP will ensure that citizens are well-informed about the registration process through online and offline campaigns. Packages with educational videos, radio advertisements, and flyers will be distributed to STEP’s government, non-government, and quasi-government constituents, which will be responsible for disseminating information to the specific sectors assigned to them. According to Carlo Africa, the national secretariat head of LENTE and third year law student, they are trying to alleviate the problem of long lines and inefficiency. To lessen the amount of last-minute registrants on October 31, they plan to schedule different national registration weeks from July to September, which targets specific sectors.

Some of the campaign’s programs are specifically geared towards Persons with Disabilities (PWDs) and Indigenous People (IP).

Carmen Zubiaga of the NCDA explains that most people find it difficult to register because voting precincts do not have trained assistants who can aid the PWDs. In response to this, the NCDA will conduct PWD sensitivity trainings for officers assigned in different polling places to ensure that proper assistance will be given to PWDs. They will also make application for Accessible Polling Places (APP) easier for PWDs. APPs are located on the ground floor and will contain assistive devices for PWDs.

As for the Indigenous People, according to Erwin Caliba of the NCIP, voter turnout of the last national elections was low partly because of ineffective information dissemination due to geographical restrictions. He added that to alleviate this problem, the NCIP will work with the COMELEC to ensure registration booths for each community, while NCIP’s satellite offices around the country will circulate information to their respective communities. They will be conducting satellite registration in the top 10 areas with the most number of IPs without biometrics. The non-government organizations involved in this project are composed of the Caucus of Development NGO Networks (CODE-NGO), Legal Network for Truthful Elections (LENTE), Simbahan Lingkod ng Bayan (SLB), and the Catholic Bishops’ Conference of the Philippines- National Secretariat for Social Action (CBCP-NSSA). The Union of Local Authorities of the Philippines (ULAP) is the only quasi-government organization.

The campaign, with the slogan, “Nasa’yo ang papel, ikaw naman ang pumapel”, was launched at the Ateneo Professional Schools on June 30, 2015. The #ListaNaYan campaign will run until October 31, 2015, which is the last day of registration for biometrics. 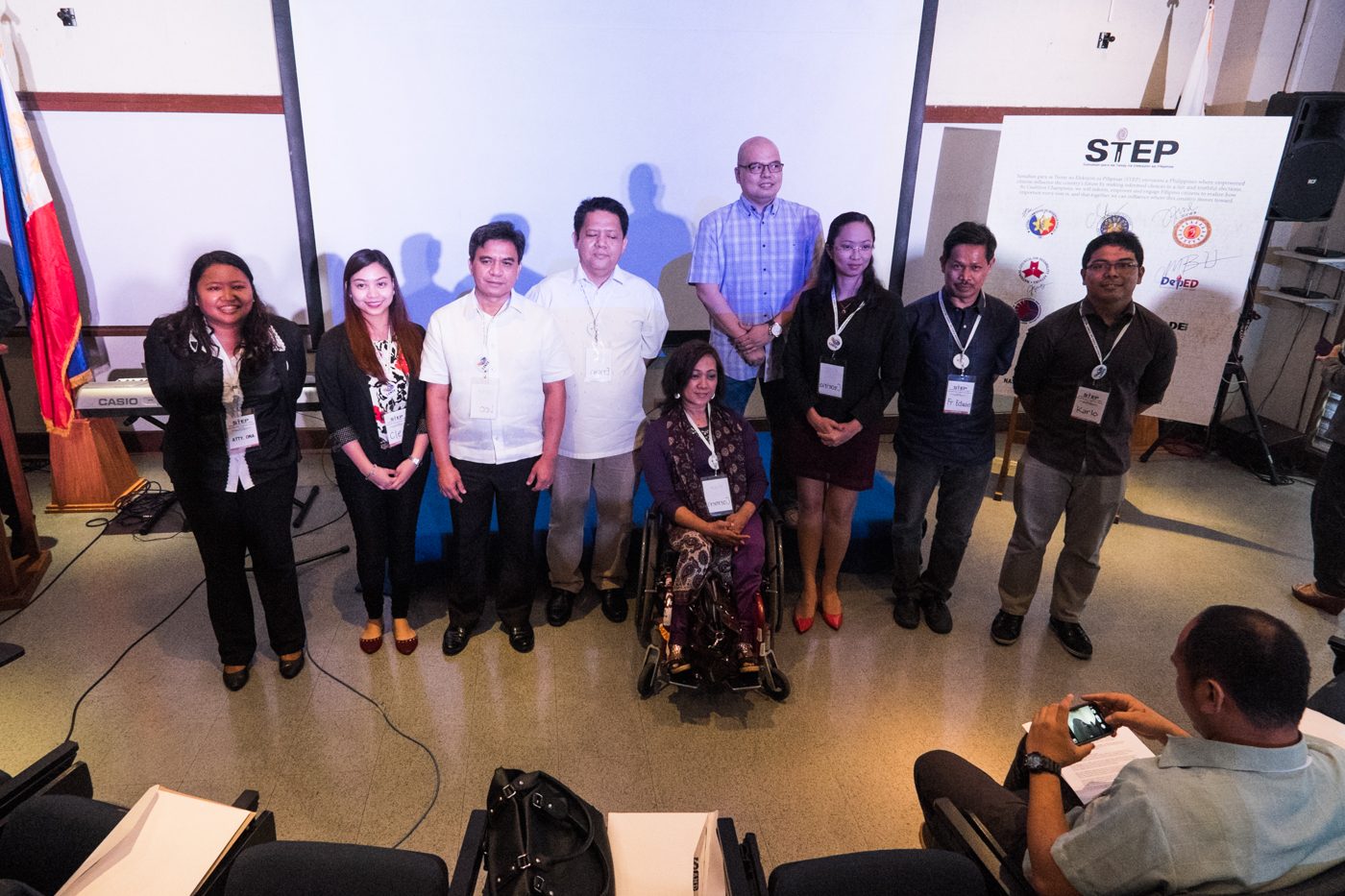