MANILA, Philippines – It was all pomp and circumstance at the launch of the United Nationalist Alliance as a political party, but is it all fanfare? 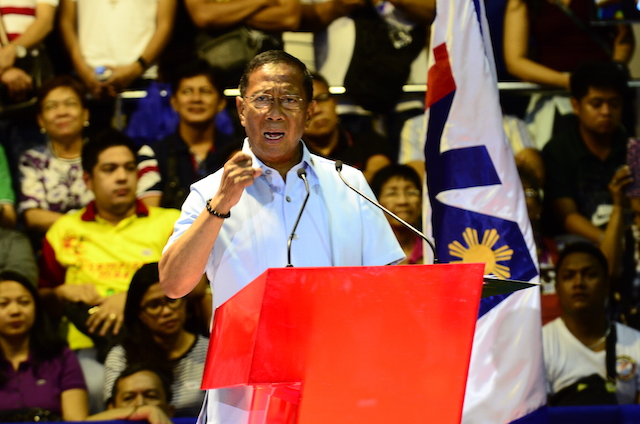 It’s not a noontime show, or a singing contest.
It’s Vice President Jejomar Binay’s campaign party.
Binay launches his opposition United Nationalist Alliance in the city his family rules for over two decades.
With boxing champ Sarangani Representative Manny Pacquiao leading the group, leaders from Benguet to Marawi join Binay’s show of force of grassroots support.
It’s a program that’s part-comedy bar, part-theater – but 100% Binay style of attracting his base of ordinary voters.
But after all the song and dance numbers, it’s Binay’s tirades against the government he was part of that take center stage.

Binay takes his oath as chairman of UNA, a party he says is unique for its compassion for the poor.

He promises to invest in agriculture and manufacturing and bring Makati services like quality education and health care to the rest of the country.

While some ideas may be new, many faces are not.

Binay also causes a stir for a line many found ironic.

Despite the extravaganza, cracks in the Binay camp are already showing.

Like Binay, Poe has mass support but enjoys an honest and clean reputation.

AYEE MACARAIG, REPORTING: Vice President Binay promises a new, more inclusive form of governance that focuses on the poor. But he will have to reconcile this populist message with his image as a traditional politician, a man associated with patronage, dynasty and corruption.
Ayee Macaraig, Rappler.