Governor Vi admits getting feelers from Aquino on 2016 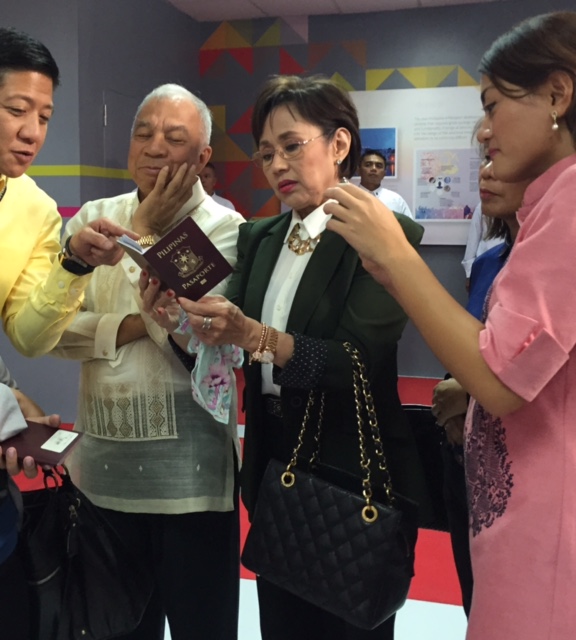 BATANGAS, Philippines – Batangas Governor Vilma Santos Recto on Monday, July 20, admitted there are feelers from President Benigno Aquino III for her to run for a higher position in 2016.

Although Recto said she is not entertaining the possibility, she expressed gratitude to Aquino for “considering” her.

When asked what feelers she was getting from the President, Recto was quick to downplay the matter.

There are talks that Recto, a Liberal Party member, is one of those being eyed as the running mate of Interior and Local Government Secretary Manuel “Mar” Roxas II. Roxas is the ruling party’s presumed standard-bearer.

Roxas, for his part, is open to the idea of running with the governor.

Recto, a 3-term governor, said she has no definite political plans for 2016 yet.

(None yet, because my focus right now, what I’m spending my time on, is ensuring that my last term as governor would end well. Secondly, I want to finish [shooting] the movie with Angel Locsin. Right now, I’m only focusing on those.)

The President is still undecided on his top candidates for the 2016 presidential elections. (WATCH: #AnimatED: Spectacle of Aquino indecision)

The administration is still in negotiation with senators Francis Escudero and Grace Poe. Poe is leading in national presidential preference surveys while Roxas is lagging in surveys. Escudero is second to Poe among preferred vice-presidential bets. – Rappler.com