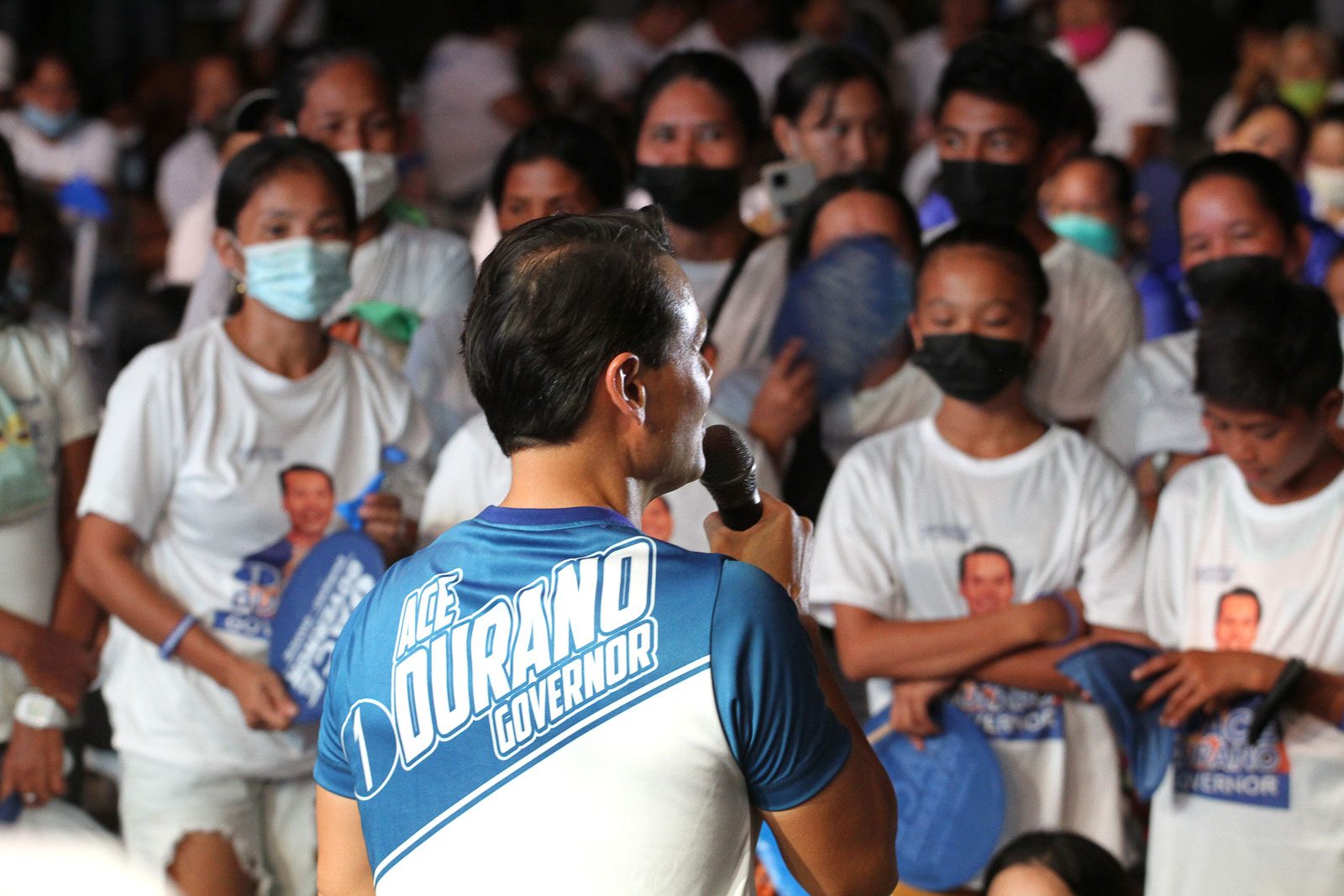 CEBU CITY, Philippines – Cebu gubernatorial candidate Ace Durano clarified on Tuesday, April 26, that they did not withdraw the invitation for Vice President Leni Robredo to join their rally in Talisay City, but her camp opted to skip the event after his party, the Partido Pilipino sa Pagbabago (PPP), decided to endorse Ferdinand Marcos Jr.

“From then, ang team ni VP Leni was hesitant already na mo-appear si VP Leni. But all along sa sige nato’g storya sa among campaign sa among team and sa team ni VP Leni, okay ra man gihapon, na VP Leni will come here. Kay as I said, this is not a PPP event, this is the…multi-sectoral, multi-color event namo ni Vice Gov,” Durano told media on the sidelines of the rally.

(From then, VP Leni’s team was already hesitant for VP Leni to make an appearance [in our campaign rally]. But all along, our team has constantly communicated with VP Leni’s team that everything was okay, that VP Leni will come here. As I said, this is not a PPP event, this is the multi-sectoral, multi-color event between Vice Governor Hilario Davide III and me.) 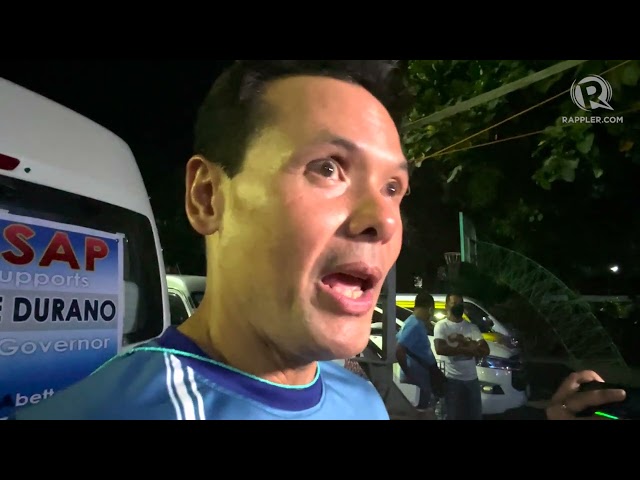 Durano, the PPP president for Central Visayas, said he did not sign the party’s manifesto which officially endorsed Marcos’ candidacy.

However, he said he respected the party’s decision to support Marcos, alongside their long-standing endorsement for the vice presidential bid of presidential daughter Davao City Mayor Sara Duterte.

Robredo no longer appearing in Durano-Davide rally in Cebu The Vice President was supposed to return to Cebu less than a week after her rally on April 21, to attend the Durano-Davide rally.

Rumors of a potential endorsement by Durano surfaced after the Vice President’s visit in his hometown Danao City, which was facilitated by Davide, who has been vocal for his support for Robredo since she filed her candidacy for president in October 2021.

However, on Monday night, Durano and Davide announced on their separate social media pages that  Robredo would no longer be attending the Talisay rally, drawing flak from Robredo supporters – also known as “kakampinks” – in Cebu.

“I understand that at this point in time, emotions are very high. I’ve seen the posts of Leni supporters and I’ve seen how disappointed they are and really, I apologize to all of them because I have not met their expectations,” Durano said.

Durano also said he is grateful for Robredo’s support for the CPDA, their list of priority programs from a series of consultations with different sectors in Cebu.  Robredo made a special mention of the CPDA during her grand rally in Mandaue last April 21.

During the gubernatorial candidate’s rally, Durano did not speak of a potential presidential endorsement, focusing most of his ad libbed speech on the CPDA.

Two of the largest political parties in Cebu – the Garcias’ 1Cebu and the Duranos’ BAKUD party – are backing up the UniTeam tandem.

But the UniTeam alliance chose to align with 1Cebu instead of BAKUD in April.

The Garcias and Duranos are rival political families in the province.

Cebu is the most vote-rich province in the Philippines with 3.2 million voters. – Rappler.com