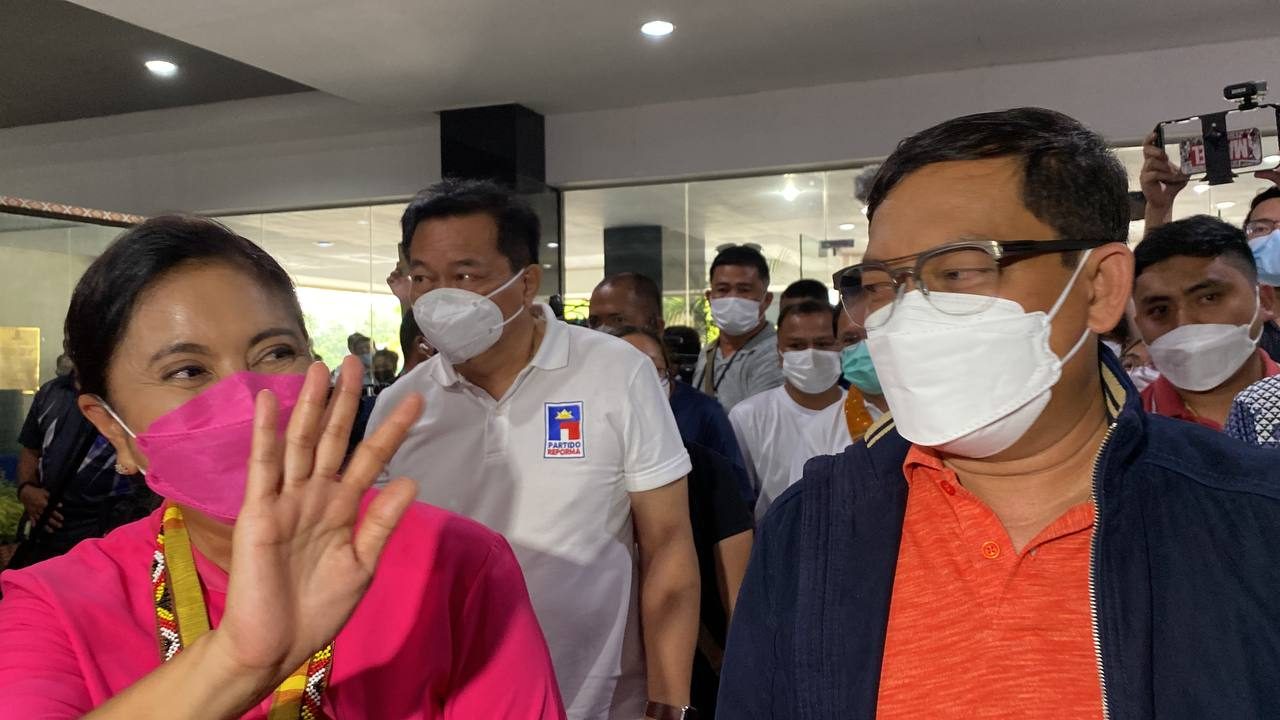 Facebook Twitter Copy URL
Copied
(2nd UPDATE) Forged with a politician who once called her 'shameless,' this is an unlikely but strategic alliance that is expected to boost Leni Robredo's numbers in the Davao Region 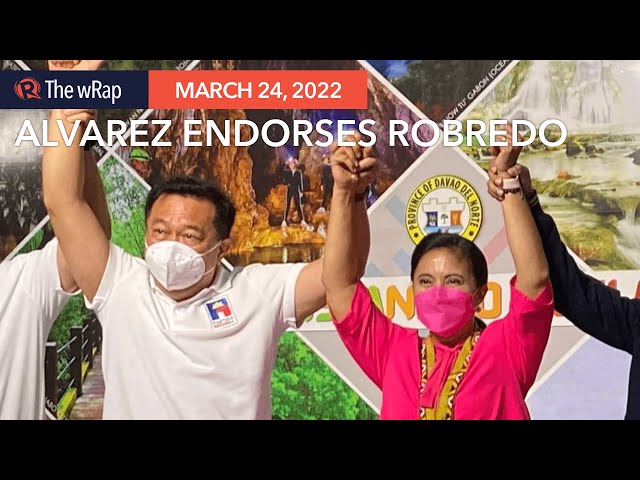 Forged with a politician who once called her “shameless,” this is an unlikely but strategic alliance that is expected to boost Robredo’s numbers in the Davao Region.

“We reasonably believe that the only realistic option at this point, with roughly a month and a half left, is to converge with Leni Robredo’s campaign. Together, we will pursue the realization of our collective aspirations to improve the chances of ordinary Filipinos at a better life,” Alvarez said in a press conference on Thursday.

Earlier on Thursday, Lacson resigned as chairman and member of Partido Reporma. Alvarez said party members and mayors of Davao del Norte recently met to discuss their endorsement of Robredo. Lacson was informed about their decision only through text messages.

Before endorsing Robredo, Alvarez first heaped praises on Lacson regarding his vast experiences as a legislator, still describing him as “most qualified” to be the next Philippine president. But Lacson’s poor performance in pre-election surveys forced the hand of Partido Reporma members to reconsider their support for him.

In contrast, Robredo may still be a far survey second placer to frontrunner and the late dictator’s son Ferdinand “Bongbong” Marcos Jr., but her campaign is gaining ground.

“We respect the choice of our members and officers. They are not pink, but they are reformists, and they are for Leni Robredo. The fight for good governance and a better tomorrow for our people has never been and will never be limited to a single color,” he said. 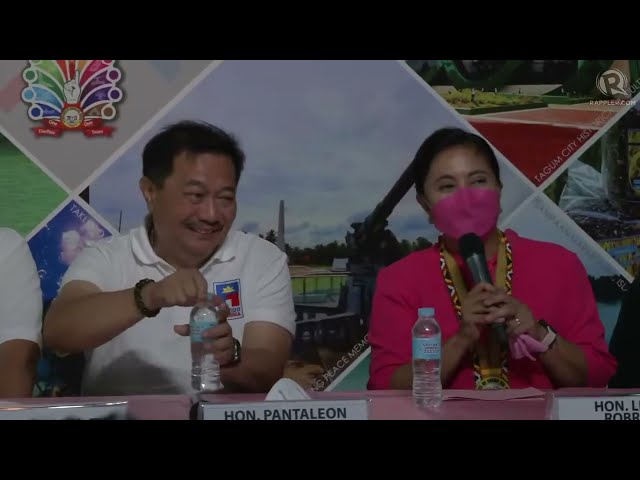 Like Alvarez, Jubahib said he has great admiration for Lacson and believes he possesses the qualities of a good leader. But Lacson being a survey laggard was the dealbreaker.

(We listened to the voices of the people and our leaders in Davao del Norte. Between the two presidential candidates leading in any of the surveys, we chose to support Vice President Leni Robredo.)

(Because just like Senator Lacson, her public service has not been tainted by corruption. We had the welfare of our countrymen in mind, so we chose the leader who will help us realize the aspiration of the Filipino people.)

Editor’s Note: An earlier version of this story indentified Ronnie Ong as belonging to Ang Probinsyano. This has been corrected.

Alvarez, who is Davao del Norte 1st District congressman, announced his party’s support for Robredo days after her Pasig rally – her biggest political sortie to date, attended by over 130,000 people. The endorsement also came after several politicians formalized their push for a “RoSa” tandem, a portmanteau of the names of Robredo and Davao City Mayor Sara Duterte, the running mate of Ferdinand Marcos Jr.

While the endorsement is expected to boost Robredo’s bid in Duterte’s bailiwick, the Vice President and Alvarez make strange bedfellows.

An alliance between the two would have been unthinkable early in the Duterte administration, as Alvarez used to be a loyal lieutenant to Duterte when he was House speaker. He once called Robredo “shameless” for criticizing the President’s controversial war on drugs, now the subject of a crimes against humanity probe by the International Criminal Court.

Alvarez even mulled to impeach Robredo as vice president in 2017, though he did not pursue it.

But as they say in the messy world of politics, the enemy of my enemy is my friend.

Alvarez apologized to Robredo for the things he said in the past, but the vice president said he did not need to say sorry. For Robredo, what matters now is that she and Partido Reporma are both pushing for good governance.

(Partido Reporma and I share the same goals: to fix our country through good governance. And we are one in fighting for that. We did have disagreements in the past, and most probably we are not aligned in many things. But I’ve always said that what’s more important are the things we agree on, not the things we disagree on.)

(In this case, speaker Alvarez and I share in our beliefs, in our interests in this elections, in what we believe to be the best for the country.)

Alvarez’s ties with Duterte loosened when three influential women in Philippine politics, among them Duterte’s own daughter Sara, moved to oust him as top House leader in 2018.

The controversial House coup eventually turned Alvarez into an opposition figure against the President. After licking his wounds, Alvarez came back with a vengeance, as he and his allies defeated Dutertes’ candidates in Davao del Norte in the 2019 polls.

Now, Alvarez seems to be staging his biggest revenge yet on the President – by helping the leader of the opposition become the next Philippine president.

Alvarez’s support could help turn the tide for Robredo in the Davao Region, where votes are commanded by the Dutertes. Duterte was a longtime mayor of Davao City before becoming the dark horse of the 2016 presidential contest.

Robredo lost by a huge margin in Davao in the 2016 vice-presidential race, as Davaoeños favored Duterte’s running mate, Alan Peter Cayetano. Marcos was in second place and Robredo, a distant third.

Alvarez had been instrumental in Duterte’s rise to power, as secretary-general of the ruling PDP-Laban that carried Duterte in 2016.

He quit PDP-Laban in 2020, saying he wanted to focus on a voter’s education campaign and to revive a “non-mainstream” political party, Partido Reporma, the party formed by former defense secretary Renato de Villa for his failed 1998 presidential bid.

Partido Reporma last won a seat in the House of Representatives in 2004, clinching just a single district representation. It faded from view after that, until Alvarez revived it in 2020. – Rappler.com