All eyes are on the upcoming mayoral race in Legazpi City as Ako Bicol Representative Alfredo Garbin Jr. filed his candidacy for mayor on Sunday, October 3.

Asked why he decided to run, Garbin said: “We can always have a better leadership…. We will make Legazpi the most progressive city.” 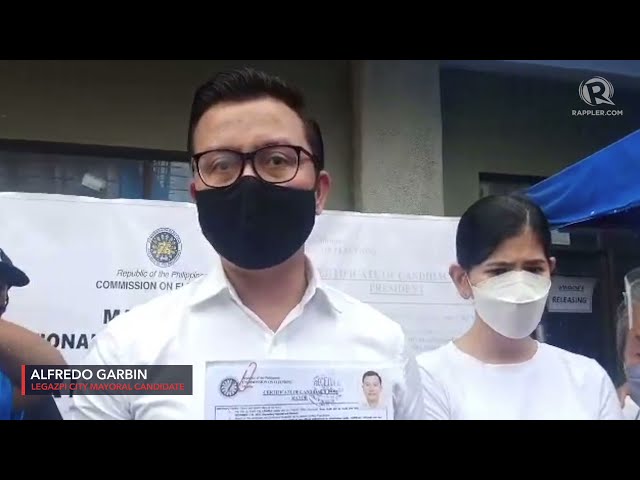 Garbin is expected to face off with former mayor Geraldine Rosal, the wife of third-term mayor Noel Rosal. The Rosals are Garbin’s wedding sponspors and former allies.

Bichara, Mayor Rosal, Co, and Garbin used to be friends and political allies but the three later parted ways with Rosal due to political differences. – Rappler.com