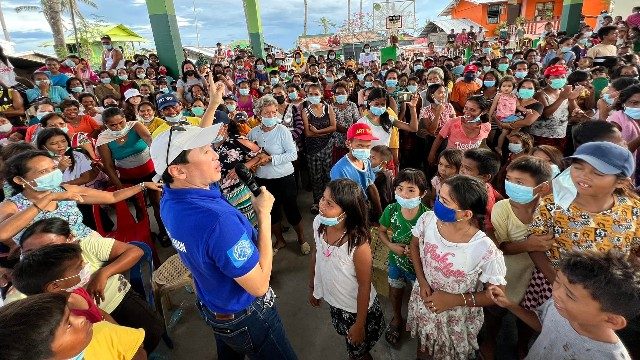 According to the Commission on Elections (Comelec) data transparency server, Yap won only 283,599 votes, compared to his challenger Aris Aumentado, who got 469,312 votes.

Aumentado is serving his third and last term as congressman of Bohol’s 2nd District.

Yap was a former congressman from Bohol’s 3rd District, before he defeated Jun Evasco by a hairline in 2019 to become the province’s governor.

Yap called on Boholanons to unite behind the new governor in a concession statement posted on Tuesday morning.

“We have fought the good fight and the people have spoken,” Yap said. “I wish to congratulate Congressman Erico Aristotle Aumentado for winning the gubernatorial race in Bohol. I wish to thank our people for the honor and privilege to have served the province as governor and three-term congressman of the third district,” Yap said.

He was also secretary of agriculture in the administration of former president Gloria Macapagal Arroyo. – Rappler.com