Atienza hits back at Lacson: Learn some manners Facebook Twitter Copy URL
Copied
'His response was for me to go back and study my GMRC. That is insulting... Learn some manners, too, Ping. You don't need to be insulting to make your point,' vice presidential bet Lito Atienza claps back at Senator Ping Lacson

“I will respect the decision, no hard feelings, no nothing. It’s your call, not mine. You don’t need to be insulting to make your point,” Atienza said in an interview with ANC’s Headstart.

Atienza on Thursday, March 31, said that he is seriously considering of dropping from the race to allow presidential bet Manny Pacquiao to team up with vice presidential candidate Vicente “Tito” Sotto III. 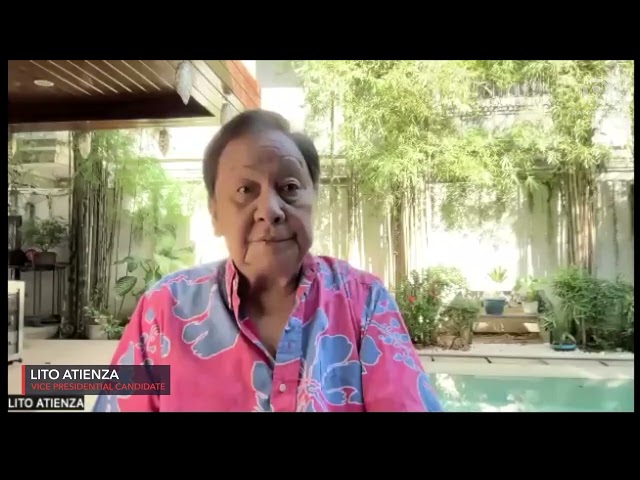 Lacson appeared to be offended by the suggestion. The senator said that Atienza should go back to his good manngers and right conduct lessons.

On Friday, Atienza said: “His response was for me to go back and study my GMRC. That is insulting.… My retort to that is: ‘Learn some manners, too, Ping. You don’t need to be insulting to make your point.'”

Atienza was pushing for a Pacquiao-Sotto tandem in hopes that the two would be able to defeat survey frontrunners dictator’s son Ferdinand “Bongbong” Marcos Jr. and Davao City Mayor Sara Duterte. In 2021, Lacson’s “unification” proposal to Robredo was that candidates who were not ranking well should fall behind a common candidate towards the elections.

This year though, Lacson appeared to remain in the race despite being a survey laggard. He said that he will not withdraw even though his own party, Partido Reporma, dropped him for Robredo. – Rappler.com