Senator Manny Pacquiao’s campaign against corruption during his surprise visit to Benguet province on October 26 might just have backfired.

During his meeting with the local media, the world boxing champion-turned-senator said he would call for a Senate inquiry on the alleged overpriced projects in the province.  Among the allegedly anomalous programs he mentioned were the rock-netting for slope protection and flood control projects funded in 2021 during ACT-CIS Representative Eric Yap as Benguet caretaker.

Pacquiao’s statement stemmed from a petition submitted to him by Manny Pacquiao for President Movement. The group alleged that rock-netting projects meant to prevent landslides cost P24,000 per square meter, twice the price of similar slope protections installed in the past.

Moreno-Pacquiao volunteer group decides to back Isko for president His statement did not sit well with 12 of the 13 municipal mayors of Benguet, who released an undated statement supporting Yap.

“We are saddened that Sen. Pacquiao came and just questioned Congressman Yap’s presence in Benguet. It should not need emphasis but for the Sen. Pacquiao’s informed realization, Congressman Eric G. Yap is our own,” the statement said.

“For Sen. Pacquiao to think that he will win over Benguet – which has the largest piece of total votes in the entire Cordillera – by lambasting our caretaker Congressman is misplaced and wrong,” they added.

Pacquiao also said he would ask Yap to appear before the Senate probe to explain the issue. However, the House of Representatives and the Senate exercise inter-parliamentary courtesy of not meddling with each other’s affairs.

The House of Representatives appointed Yap, a non-Cordilleran and staunch supporter of President Duterte, as Benguet legislative caretaker after the death of elected representative Nestor Fongwan in December 2019. He was already one of three ACT-CIS representatives.

Many residents were dismayed by the appointment, with some raising concern that the appointment ran counter to the provisions of Republic Act No. 6645. The law mandates the Commission on Elections en banc to call for a special election to fill up a district representative’s seat if it becomes vacant a year or more before the term ends. 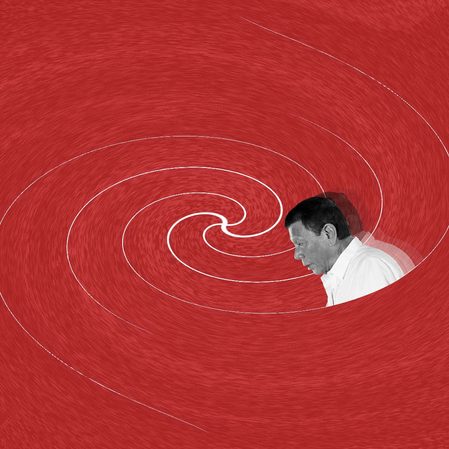 However, in the past, the Comelec allowed the House to fill up vacancies through resolutions. Some examples were the appointment of Pangasinan’s Rose Marie Arenas as caretaker of Batanes, and Akbayan’s Kaka Bag-ao as Dinagat caretaker.

Under Yap’s watch, funding for public works in the province increased to P9.578 billion in 2021 from P1.929 billion last year. The province also got facilities and other medical equipment to cope with the COVID-19 pandemic.

In an emailed statement, Yap called Pacquiao’s pronouncement “unfortunate,” saying his opponents were using the senator to advance their interests.

“I will not comment on his ability to discern the truth from lies, but I take offense to his statements which are clearly made for political gains…. I urge the good Senator to be careful on his statements,” he said.

In December 2020, Yap was among the lawmakers that President Rodrigo Duterte alleged to be involved in corruption, citing a report from the Presidential Anti-Corruption Commission (PACC). The president also accused him of rigging the bidding process influencing the selection of district engineers to control the projects.

Yap denied the allegations, saying the bidding for the 2020 projects in the report were already completed when he became Benguet’s legislative caretaker. He also vowed to resign if proven guilty of corruption.

The mayors told Pacquiao to “check on the credibility and people” giving him information, noting that their political opponents were behind the issue. They also pointed out that DPWH should be responsible for addressing issues on the project and not the legislative caretaker.

Yap’s influence in Benguet politics has grown since the Sangguniang Panlalawigan passed a resolution adopting him as “Son of Benguet” as a gift on his birthday on May 11, 2020.

Yap, who is not from Benguet but has established residence in the province, is running for the lone district representative of the province. He has formed a local political party, the United Benguet, along with the 12 incumbent mayors of the province. He is squaring with Itogon Mayor Victorio Palangdan and former Benguet Governor Cresencio Pacalso for the congressional seat.

The caretaker has been making rounds to far-flung barangays of the province rarely reached by officials. The most recent is his October 25 visit to the village of Ansagan, Tuba, which is only accessible through the town of Sison, Pangasinan.