MANILA, Philippines – Being a father, he was initially reluctant but Vice President Jejomar Binay now goes all out in endorsing his daughter for senator.

Binay and his wife, Elenita, accompanied their eldest daughter Nancy Binay-Angeles in filing her certificate of candidacy at the last hour on Friday, October 5.

Nancy Binay is the 12th candidate of the United Nationalist Alliance (UNA), having been convinced to run at the last minute. She is a political neophyte but still placed within the so-called winning circle in election surveys. 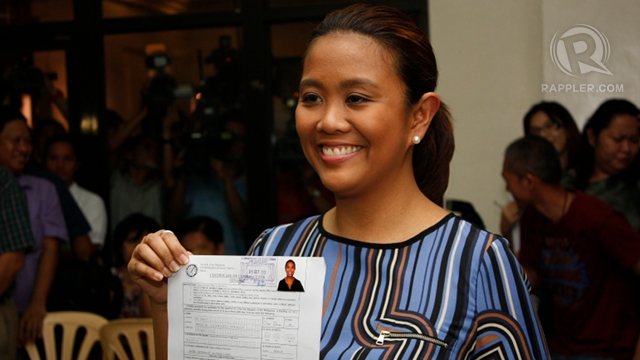 4TH BINAY. If elected senator, Nancy Binay will be the fourth Binay in government. Yet she says she is simply subjecting herself to voters' choice during the elections.

Despite her lack of experience, Binay’s daughter said voters should give her a chance.

“I think the campaign has not yet started. Just wait and see, there’s more to me than my name,” she said.

She said she initially also asked herself why she should gun for a top national post in her first foray in politics.

“I also asked the same question to myself because even I was surprised that I was placing in the surveys. Why was my name there? I did not know and there was no effort on my part but still I was placing high so the opportunity is there to serve.”

Yet she said it was her 9-year-old daughter who was the deciding factor. She has 4 children.

“Mas sanay ako doon sa background, it’s more of that. I had to consult my kids. A few months ago, ang isa kong anak ayaw niya talaga akong patakbuhin. I talked to her again last Tuesday and I explained to her and finally she said yes. I took it as a sign na ito ang go signal na iniintay ko,” Nancy Binay said. (I am more used to being in the background. When my daughter agreed, it was the go signal I was waiting for.) 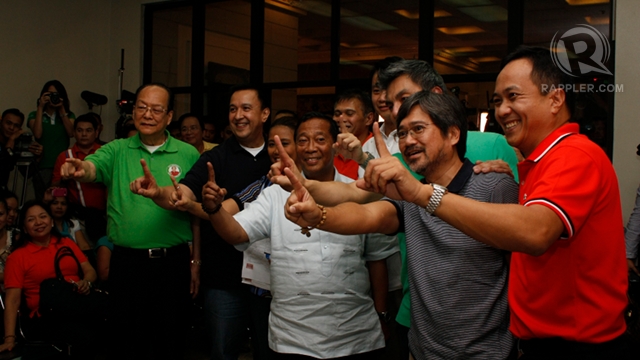 LAST CANDIDATE. UNA leaders and senatorial candidates accompany Nancy Binay as she files her certificate of candidacy at the last hour on the last day.