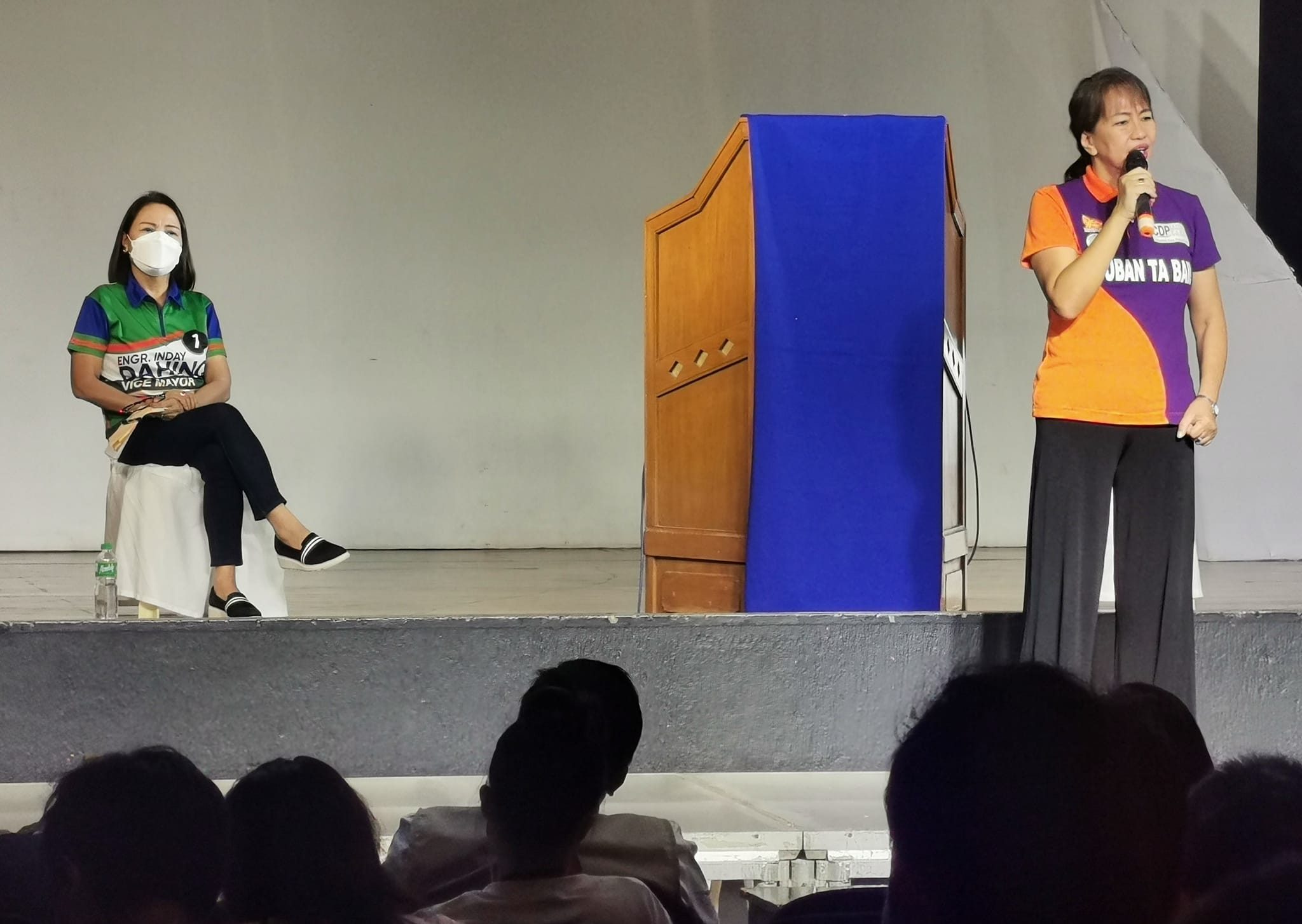 He followed his son, Vice Mayor Reineir Joaquin “Kikang” Uy, who also opted to skip a similar forum for congressional candidates organized by the civil society group Lihuk Movement, the Commission on Elections (Comelec), and the National Movement for Free Elections (Namfrel) on April 13.

The two politicians running for Cagayan de Oro vice mayor – councilors Jocelyn Rodriguez and Edna Dahino – faced off and figured in a heated exchange about the quarrying operations.

Representative Uy, the preferred successor of outgoing Mayor Oscar Moreno, announced a day earlier that he would skip the candidates’ forum, saying there was no more need for him to introduce himself and lay down his plans for the city because, supposedly, he has already made these known to the public.

But his staff told Rappler that the congressman chose to avoid a verbal confrontation with his political opponents.

First to throw potshots was Councilor Rodriguez who accused Dahino and several other city council members of being behind quarrying operations along the Iponan River, a critical tributary that serves as a natural boundary between Cagayan de Oro and Misamis Oriental.

The accusation brought to the fore serious environmental problems related to quarrying against Uy’s ruling One MisOr, One CDO group in a city that saw its worst environmental disaster so far in recent years when tropical storm Sendong (Washi) struck a decade ago.

“How could these public officials be into quarrying and destroying the environment?” Rodriguez asked.

La Viña and Rodriguez, sister of Cagayan de Oro 2nd District Representative Rufus Rodriguez, blamed the quarrying activities for the frequent flash floods that have impacted the lives of many families living near the Iponan River.

“Their quarry operations have degraded the river that its water is always brownish, all year round,” she said.

If she succeeds in her vice mayoral bid, Rodriguez said she would work for local legislation that would ban quarrying along the Iponan River for good.

“Illegal quarrying should be stopped immediately,” said La Viña, adding that the flooding of Cagayan de Oro’s lowlands was a result of the destruction of the city’s watershed areas.

La Viña said there were at least two other members of the city council with quarry concessions.

“People in government should not be into quarrying. This is graft,” he said.

La Viña added, “One moment, they deny that there is quarrying; the next, we learn that his son was killed at a quarry site.”

In November 2021, motorcycle-riding gunmen shot and killed one of Uy’s sons, Roland Sherwin, and his aide at a quarry site in Barangay Pagatpat, Cagayan de Oro. The village is near the Iponan Rver.

Dahino neither confirmed nor denied Rodriguez’s accusation that she holds a quarry concession, but argued that regulated quarrying could help in ensuring the smooth flow of the river.

She also pointed out that quarrying concessionaires pay taxes, follow the government’s regulations, and produce construction materials needed for building the city.

Dahino asserted that quarrying should continue but should be strictly regulated by the government.