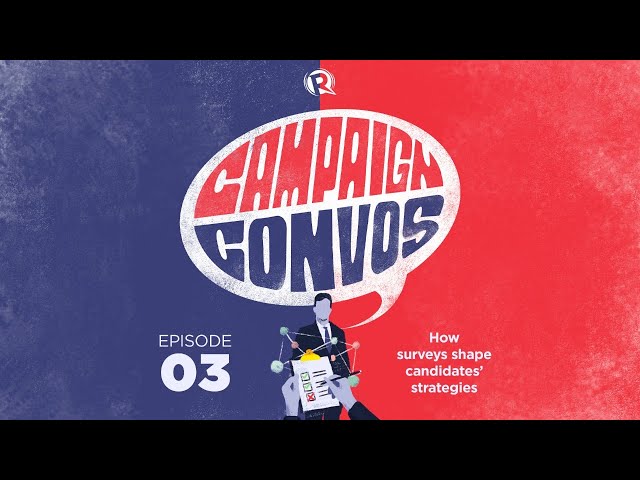 Facebook Twitter Copy URL
Copied
In this episode, campaign reporters discuss how candidates are looking at surveys – their own or those done by others – to find their weaknesses and strong points

MANILA, Philippines – If the election is a numbers game, surveys are the countdown. They are snapshots of who among the candidates are the favored ones at a certain time. No wonder they are highly anticipated and generate a flurry of responses from candidates and their camps – either celebratory statements or explanations of how the winds can still change.

In contrast, the warm bodies that show up at candidates’ rallies and motorcades are yet another indication of a campaign gaining momentum – or losing it.

In this episode of Campaign Convos, listen to Rappler campaign reporters discuss how their candidates react to and use third-party surveys and internal surveys by the team to plan their strategies for the strenuous three months of the campaign.