CAVITE, Philippines – Betrayal, shifting political alliances, warring political families. These trademarks of local politics are perhaps most intense in Cavite, an industrialized province with the second highest number of voters at 1.79 million. Its hugeness is a powerful leverage with national politicians; its economic potential as Metro Manila’s neighbor, a challenge to the well-intentioned and a temptation to the corrupt.

The top players in this year’s gubernatorial elections belong to the same old blocs. Aiming for a comeback is 75-year-old Erineo “Ayong” Maliksi, who, before becoming congressman of Imus, was governor for 9 years.

Their battle royale is made more complicated and intense by the rivalries that their respective allies and families are engaged in.

“We are in the middle of feuding dominant political families,” lamented Sister Marilena Narvaez, co-convenor of the Cavite People’s Advocacy for Good Governance (CPAGG).  Worse, “it seems to us the fight is just for power and not for the common good.” 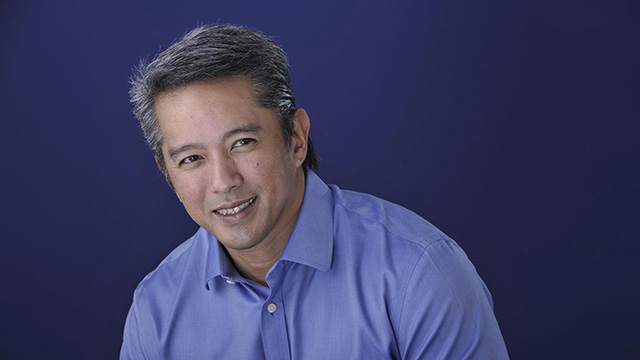 Remulla acknowledges that this election is about him as the incumbent. Like all polls anywhere else, “It is a judgment on the incumbent,” he told Rappler.

Maliksi’s campaigning has harped on Remulla’s supposed failure to deliver basic services and lack of people’s skills. In one televised debate, Maliksi took issue with Remulla’s frequent trips out of the country, which he said translated to Caviteños being deprived of the services they deserved. He cited immigration records that out of the 30 months that he was governor, Remulla was absent for an accumulated 7 months.

Because of this, Maliksi alleged, Remulla had failed to attend to health, employment, and infrastructure development.

Remulla does not deny his absences, but countered that all his trips were approved by the Department of the Interior and Local Government. Most of the time that he was absent involved meeting up with prospective locators in Cavite’s economic zones, he said. And although belatedly, he also returned P300,000 in salaries that he received when he was supposedly absent, to disabuse the minds of his critics “if they think I was not deserving of the salary even though I was working.”

What is fundamentally important, Remulla said, was that those trips resulted to more jobs in the province – unlike during Maliksi’s time, when unemployment hit 19 percent. Remulla boasts that employment in the Cavite Economic Zone has reached 128,000, breaching the previous high of 110,000 set in 2006. As a result, unemployment has gone down to 11 percent.

Rappler found that Maliksi may not be the most credible person to raise the issue of absenteeism. He himself had a poor attendance record in the House of Representatives. In 2001, he registered 22 absences out of  59 session days. In 2012, he was absent 20 times, out of the 61 session days.

Corruption and the President’s bet 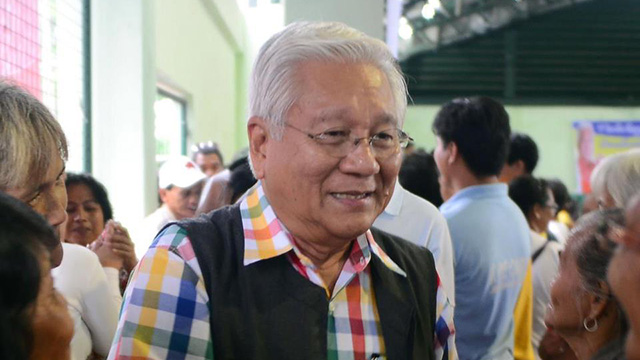 MALACAu00d1ANG'S BET. Allegations of corruption have hounded former Cavite governor Ayong Maliksi, the biggest being the handling of the funds for the LRT extension project.

Maliksi has been haunted too by allegations of corruption. Remulla’s campaign has sought to highlight this. He explained, for instance, that a factor in the increase in job opportunities in the province was the return of locators to its economic zones. This was after his administration, in just one term, curbed corruption and promoted transparency in government transactions.

This is the reason Remulla said he does not want to engage in the personal attacks that Maliksi has resorted to. Caviteños do not care about their personal differences, he said, because there are legitimate issues that needed to be discussed in this campaign, Maliksi’s corruption among them.

Rappler sought an interview with Maliksi for this article. His legal counsel, Atty. Lualhati Cruz, said Maliksi could no longer grant any interviews since he was already busy during the homestretch of the campaign.

Among a number of allegations, the biggest made against Maliksi was the subject of a complaint before the Ombudsman. He allegedly misspent theP500 million that the Light Rail Transit Administration released when he was governor for the relocation of 2,000 families that would be affected by the construction of the LRT extension from Pasay City to Cavite. Maliksi's administration spent all the funds but relocated only 180 families.

Shortly after President Benigno Aquino III endorsed Maliksi as the Liberal Party’s gubernatorial bet in Cavite, the LRTA cleared Maliksi of any liability in the use of the said fund. The LRTA is an attached agency of the Department of Transportation and Communications, which is headed by former Cavite congressman Joseph Emilio “Jun” Abaya, whose family is a bitter rival of the Revillas after their armed supporters engaged in a shootout on election of 2010 that Abaya's father narrowly escaped.

The LRTA issue is not about to die down, however. Remulla got hold of a study conducted by the University of the Philippines College of Engineering and the National Institute of Geological Sciences on the land that was to be developed as relocation site for the displaced families.

Under Maliksi, it was recorded that P49 million was spent on earth filling to develop the property. UP scientists and engineers found, however, that no earth-filling materials were dumped on the relocation site. “That is not an accusation, that is plain fact,” Remulla said.

Given these allegations, some Caviteños are now questioning the sincerity of President Aquino’s “Tuwid Na Daan" (straight path) mantra vis a vis his open support for Maliksi.

To some Caviteños, Aquino's endorsement of Maliksi has become too hard sell.

In one of his 4 visits here since September last year, Aquino announced that he has many plans for Cavite. But there is a caveat: “If you do not vote for my candidates in Cavite, you do not get these,” the President was quoted as saying.

“To some of us Caviteños, that is an insult to us. Is he threatening us that he will withhold [services] in Cavite if Maliksi loses?” Sister Narvaez said.

Sister Narvaez said the President may have gotten the wrong impression about his victory here in the 2010 presidential elections. Aquino won not because of Maliksi's support, but because Caviteños love his parents— the late President Corazon Aquino and Senator Benigno Aquino Jr. 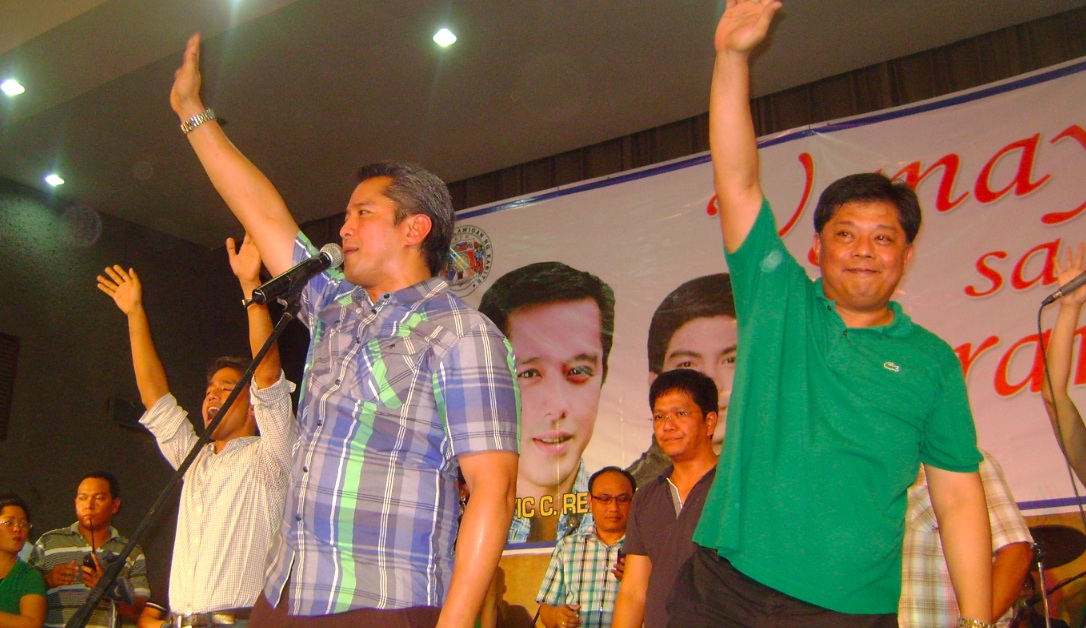 Remulla, when he was elected as Maliksi’s vice governor before, had been a thorn in Maliksi’s side. In 2005, he filed a case against then Governor Maliksi before the Ombudsan for alleged ghost purchase of 7,500 sacks of rice amounting to P7.5 million. This led to Maliksi’s suspension for one month, but the Ombudsman dismissed the charge in 2007.

The LRTA fund misuse – the biggest allegation of corruption to involve Maliksi – happened during Maliksi’s last term as governor, from 2007 to 2010, when Remulla was no longer the vice governor.

It used to be a perfect political world in Cavite. From the 1970s to the early 1990s, all political families were under one roof, with the Remulla patriarch holding the baton.

The family’s hold on Cavite politics waned after obvious intervention by Malacañang under President Fidel Ramos caused Gov. Johnny Remulla to lose the 1995 gubernatorial race against then National Bureau of Investigation director Epimaco Velasco. It would be 15 years later before another Remulla could reclaim the capitol.

From then on, each of the political proteges and families that the Remullas helped build started creating their fiefdoms and declared they could do it on their own – or, that they could face the Remullas head-on. Maliksi – a clerk before Remulla appointed him secretary to the governor, and later chief of police in Imus, and then getting him elected as mayor – was among them.

The younger Remulla, in an interview, said the “first crack” in the relationship occurred when  Maliksi, at the last minute of the 2004 elections, backed then Silang mayor Ruben Madlangsakay against his brother Boying in the 3rd congressional district of Cavite. It was an awkward setup because Maliksi’s running mate then was Jonvic.

“That’s the nature of the beast,” Remulla said, referring to the impermanence of political loyalties and alliances.

As Maliksi would later realize, one does not double cross the Remullas and get away with it.

In his attempt to return to the capitol, Maliksi has reportedly engaged in massive vote buying, while at the same time coming out in the media with the same accusations against Remulla.

His camp was the first to accuse Remulla of bribing voters through his Tapat sa Kalikasan project.  Supposedly a clean-up drive along the coastal areas, the project paid residents P500 each without them really cleaning any trash, said Rosario Mayor Nonong Ricafrente, an ally of Maliksi’s.

Maliksi also accused Remulla of giving out rice to the poor, in an obvious attempt to bribe them. Local officials allied with Maliksi have filed vote-buying raps against Remulla before the Cavite fiscal’s office.

Remulla does not deny that he doled out goods to the poor, but this was before the campaign period for the local races began. He said it was an “outreach to the poor…a stop-gap solution” that was approved by the Commission on Audit.

Sister Marilena Narvaez, co-convenor of the Cavite People’s Advocacy for Good Governance (CPAGG), observed that “there is massive vote buying,” but that “Maliksi is worse. Jonvic just tried to play the game.”

Narvaez related that she got reports that elementary and high school teachers were summoned by Maliksi to his farm in Barangay Malagasang in Imus and were given P1,000 each. Parents of students were also given P300 each.

The national government is also as guilty, using the social welfare department’s Conditional Cash Transfer for the poor to boost Maliksi’s chances. “Ayong seemed to have unlimited resources. He uses money to the max just to win. Nahihiga sya sa pera (he’s in a bed of cash),” Narvaez observed.

Narvaez said that while both camps were engaged in vote buying, Remulla’s style was more finesse, while Maliksi’s was more in-your-face bribery. 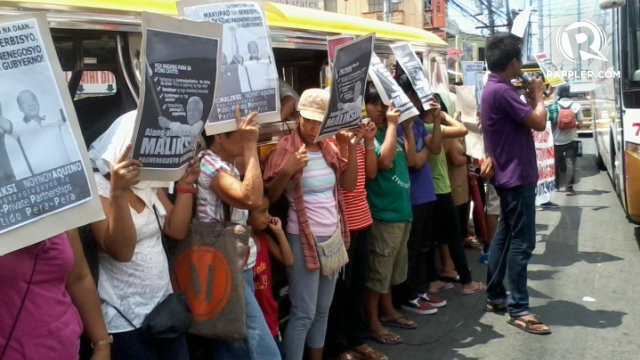 To Axel Pinpin, secretary-general of the Katipunan ng mga Samahang Magbubukid ng Timog Katagalugan, Cavite’s gubernatorial race is simply a choice between two evils. Both Maliksi and Remulla had their faults and flaws and neither can claim they have the moral high ground.

Between the two, however, it is toward Maliksi that the decibel of anger and frustration among progressive groups and people’s organizations is higher, he pointed out.

There was greater labor unrest, repression, restiveness during Maliksi’s time, with his “no-union, no strike policy.” Pinpin said labor leaders were targeted and some were killed by guns for hire.

“Maliksi is the number 1 labor union buster and anti-farmer,” Pinpin said. In contrast, Remulla is more open to dialogue with labor and progressive groups. While they have their issues about Remulla, “the point is he is talking with us.”

Pinpin clarified that they are not necessarily for Remulla, but is issuing a challenge to him. "But we are definitely campaigning for zero votes for Maliksi," he said. It effectively becomes an endorsement of the re-election governor, however – Maliksi is Remulla's only challenger.

Sister Narvaez echoed Pinpin’s observation that Remulla tries to listen somehow. Case in point: when CPAGG invited the major political players in Cavite for a recollection led by former Imus bishop and now Manila Archbishop Cardinal Luis Antonio Tagle, only Remulla and his slate attended. Maliksi and his camp snubbed the event.

Narvaez said other stakeholders in Cavite have been trying to trigger reforms in the political set-up and somehow, there is reason to be optimistic. “I see hope. People are now using their conscience. They may accept bribes but they will still vote according to their conscience.” – Rappler.com