POLL CHIEF. Comelec Chairman Saidamen Pangarungan speaks during the Comelec's command conference with the Philippine National Police on May 4, 2022. 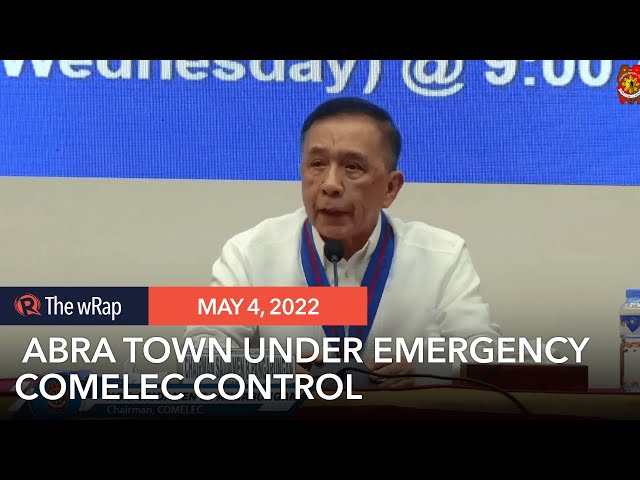 MANILA, Philippines – For the first time, the chairman of the Commission on Elections (Comelec) exercised his controversial emergency powers to place an area in the Philippines under the poll body’s control.

The Comelec now has direct supervision over officials and employees of the municipality of Pilar in Abra, as well as full control over the town’s law enforcement agencies.

Election-related violence intensified in Pilar in recent weeks, following a shooting incident between personnel of the Philippine National Police (PNP) and the vice mayor’s security aides at a checkpoint near the municipal hall.

In late March, a car carrying Vice Mayor Jaja Josefina’s bodyguards allegedly disregarded a PNP checkpoint, resulting in a chase and standoff that eventually killed one of Josefina’s staff. Both camps have traded charges since then.

During the poll body’s fourth command conference with the PNP on Wednesday, May 4, Comelec Chairman Saidamen Pangarungan said reports of “apparent bias of the local police detachments in Pilar, Abra” against a certain political camp compelled him to use his special powers.

“The recommendation is to relieve the entire police force in Pilar, and that will include the chief of police,” Pangarungan said.

“This is the first time that I exercised my emergency power considering the proximity of the elections, which is only five days from now,” he added. 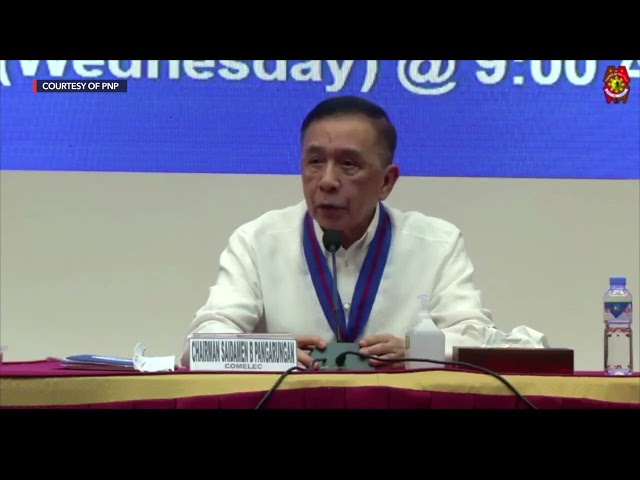 The seven-member Comelec en banc was divided in April, in a vote of 4-3, over Pangarungan’s unprecedented powers to unilaterally determine which areas should be placed under the Comelec’s control “in urgent and meritorious cases.”

Commissioner Socorro Inting even resigned as head of the committee on the ban on firearms and security concerns, saying that Pangarungan’s new powers made the functions of CBFSC “futile or pointless.”

Pangarungan had justified the powers given to him, promising not to abuse them.

Aside from Pilar in Abra, the entire province of Misamis Occidental has also been placed under Comelec control.

But Pangarungan did not have to exercise his emergency powers for this, as the move was made by the Comelec’s CBFSC, upon the recommendation of regional Comelec and PNP officers.

“They were unanimous in recommending that the province of Misamis Occidental be declared under Comelec’s control because of their fear that the violence in the province would spill over to other municipalities,” he explained.

Pangarungan also told affected residents that the heightened security status in their areas was nothing to worry about.

“It is designed to facilitate the freedom of each and every voter to cast their ballots without fear for their life and limb,” he said.

Comelec Resolution No. 10757, released in January, states that an area may be placed under the poll body’s control “when the peace and order situation there will affect the conduct of elections.”

Grounds for declaration include history of intense rivalry among contending parties, incidents of politically-motivated violence, and extremist threats.

Other areas already under the Comelec’s control are six Maguindanao towns, three municipalities in Lanao del Sur, and the City of Marawi. – Rappler.com