Christian churches: ‘Resist any candidate’ who may bring back Martial Law years Militant groups gather at the People Power monument to during the 36th anniversary of the EDSA uprising on February 25, 2022. Celebrities Willie Nepomuceno as President Ferdinand Marcos and Mae Paner as Imelda Marcos provide entertainment. A Shoe-syal photo wall highlighting Imelda Marcos' more than 3,000 pairs of footwear and the family's obscene wealth, is also on display. Angie de Silva/Rappler

Facebook Twitter Copy URL
Copied
'May we continue to guard our democracy by making sure that no dictator or those who benefitted from the plunder of our nation, will ever gain a foothold in Malacañang ever again,’ says the National Council of Churches in the Philippines on EDSA Day

MANILA, Philippines – On the 36th anniversary of the EDSA People Power Revolution, Christian churches urged voters to reject “any candidate” who may plunge the Philippines into a situation similar to the Martial Law years under the late dictator Ferdinand Marcos, known as a dark chapter in the country’s history.

“We must resist any candidate that will potentially bring back, in any form, the Martial Law years. May we continue to guard our democracy by making sure that no dictator or those who benefitted from the plunder of our nation, will ever gain a foothold in Malacañang ever again,” the National Council of Churches in the Philippines (NCCP) said in their EDSA anniversary statement.

The leading presidential candidate based on pre-election surveys is dictator’s son Ferdinand “Bongbong” Marcos Jr. In 2018, the anti-graft court Sandiganbayan convicted his mother, former First Lady Imelda Marcos, of seven counts of graft for creating and maintaining seven private foundations in Switzerland while holding government positions from 1968 to 1986.

The court found that the foundations were used to earn from investments and interests to benefit Imelda, Marcos Sr., and their beneficaries, including Marcos Jr. and his two other siblings. 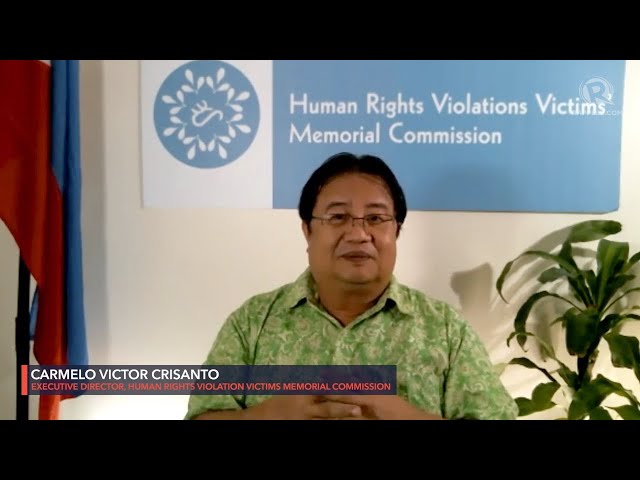 The NCCP issued the statement as the country prepared to mark the 36th anniversary of the ouster of the Marcos dicatorship and the restoration of Philippine democracy – a “momentous event in history [that] showed to the world how we as a people acted valiantly together to put an end to a much-abhorred dictatorship.”

The NCCP said that the EDSA Revolution anniversary is a time for “deep and meaningful reflection” on the events leading to that bloodless uprising, especially as the national elections draw near.

“Those who stood their ground during those dark times taught us that we should not take for granted the basic freedoms that are now enshrined in our Bill of Rights. We should never forget that during the dark days of Martial Law, basic rights like the freedom of speech, freedom of the press, and the freedom to peaceably assemble, to name a few, were violently curtailed,” it said.

“Now that the National Elections is imminent, may we muster the same courage, vigilance, and active participation of those who fought 36 years ago. Let us choose candidates who have a proven record and platform for respecting human rights, promoting peace, and advocating for people’s economic agenda,” the NCCP added.

Founded in 1963, the NCCP describes itself as the Philippines’ largest non-Catholic organization. The NCCP, a group composed of different Christian churches, has a history of activism especially during the Martial Law years. In a Thought Leaders piece for Rappler, sociologist Jayeel Cornelio said the NCCP was, in fact, the first ecclesial body to formally oppose Martial Law. At that time, Cornelio noted, “many of its ministers and church workers were harassed and even imprisoned.”

During the Marcos regime, then-NCCP general secretary Bishop La Verne Mercado was arrested while Deaconess Filomena Asuncion of the United Methodist Church was arrested, abused, and killed. Based on the tally of rights group Amnesty International, 3,340 were killed, 70,000 were detained, and 34,000 were tortured during the imposition of Marcos’ Martial Law. The NCCP has also been vocal against abuses under President Rodrigo Duterte. – Rappler.com