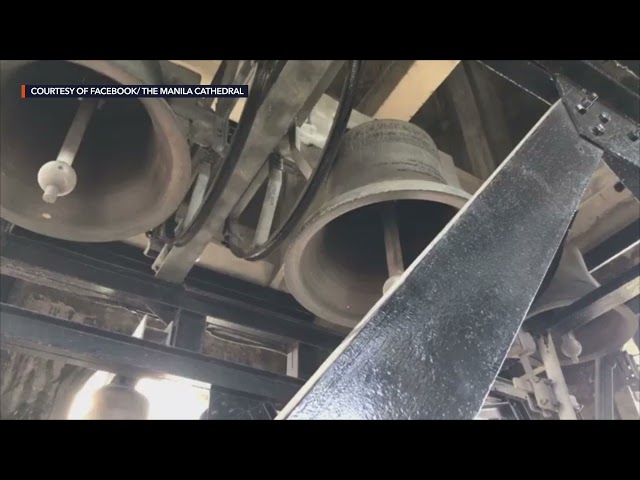 Facebook Twitter Copy URL
Copied
Catholic Bishops’ Conference of the Philippines (CBCP) President, Davao Archbishop Romulo Valles, asserts that the electoral process is 'our sacred duty, not only as Filipinos but as Christians'

Exactly one year before the 2022 presidential elections, Catholic churches across the Philippines tolled their bells for three minutes starting noon on Sunday, May 9, in a bid to urge Filipinos to register and vote.

As part of the 500th anniversary of Christianity in the Philippines, the Catholic Church joins other democratic institutions in encouraging the country to participate in the electoral process.

Catholic Bishops’ Conference of the Philippines (CBCP) President, Davao Archbishop Romulo Valles, asserted that the electoral process is “our sacred duty, not only as Filipinos but as Christians.” Reverend Father Antonio Labiao, executive secretary of Caritas Philippines, also emphasized the importance of the Church taking the lead in mobilizing citizens towards active engagement in the 2022 elections.

“It’s important for the church if we are serious with our mandate…to actively participate. This is a call for us to get involved in good governance,” Labiao said in a mix of Filipino and English.

Kidapawan Bishop Jose Colin Bagaforo, national director of Caritas Philippines, urged his fellow Church leaders to take part in the simultaneous ringing of church bells nationwide to show their love for the nation.

The churches’ tolling of bells, led by the CBCP-National Secretariat for Social Action, Justice, and Peace, is part of initiatives lined up by Eleksyon 2022 Koalisyon, a non-partisan, multi-sectoral coalition of 29 civic and religious organizations and individuals to encourage eligible citizens to register and vote.

Led by former Commission on Elections (Comelec) chair Christian S. Monsod as lead convenor and former Comelec commissioner Luie Tito F. Guia as national coordinator, the coalition hopes to register an additional 7 million voters through their #RegiToVote campaign, that hopes to mobilize citizens by encouraging local voters’ registration initiatives on the ground and through social media.

“We believe that registering to vote is among the most accessible and sustainable means for every Filipino to achieve this desired future,” the coalition said in a manifesto issued to the public last May 7.

As of April 21, only 1,588,432 first-time voters have registered, still short of the 4-million voter target set by Comelec for the end of the registration period on September 30, 2021. Aside from this, 7 million voter accounts had been deactivated due to non-participation, and only around 700,000 of these have been recently reactivated, according to Comelec’s records. – with reports from Kiko Mendoza/Rappler.com