Facebook Twitter Copy URL
Copied
'If these test runs are efficient, effective, and cost-efficient, I will recommend to the Comelec En Banc that we request Congress to consider passing a law to use mobile app voting in the future,' says the Comelec commissioner

A Commission on Elections (Comelec) official expressed hope that internet voting could be implemented in the 2025 elections if the series of test runs to be conducted in September 2021 would yield promising results.

Comelec Commissioner Rowena Guanzon, who is set to retire in February 2022, said she will make recommendations to the Comelec En Banc if the test runs are successful.

“If these test runs are efficient, effective, and cost-efficient, I will recommend to the Comelec En Banc that we request Congress to consider passing a law to use mobile app voting in the future. If we’re looking at 2025, that’s quite possible,” she said during the launch of an internet voting test run with technology provider Voatz on Wednesday, September 8.

She added that budget will be among the biggest factors in her decision-making.

“Three things that are major considerations for me: one is security, two is the access of voters, and three is the cost,” she added.

There are already 671 participants chosen for the first test run to be held from September 11 to 13, said Philip Luis Marin of the Comelec Office for Overseas Voting.

They will be sent an email about further instructions on how to access the technology.

The requirements include a photo of their passport, a selfie for verification of identity, and any mobile number that will receive the verification code.

Voting results from the test run will be released right after the end of the voting period.

The poll body is also set to conduct two more test runs in September, with two other technology providers.

“There are a total of three providers, including Voatz. The other two are Smartmatic and Indra,” said OFOV director Sonia Bea Wee-Lozada.

Smartmatic has been the Philippines’ technology provider for automated elections since 2010. Indra, meanwhile, is an IT company that has served elections in Europe.

Registration for the test runs already ended in June, but Marin said they will talk to Smartmatic and Indra on whether they could open more slots.

Under that law, the poll body must then submit their reports to the Joint Congressional Oversight Committee. – Rappler.com 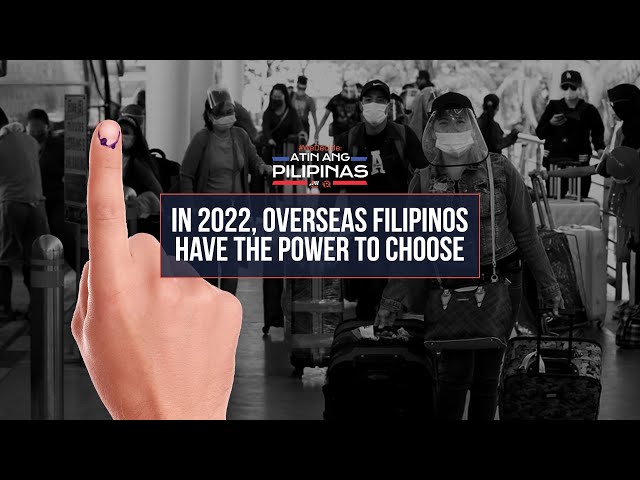