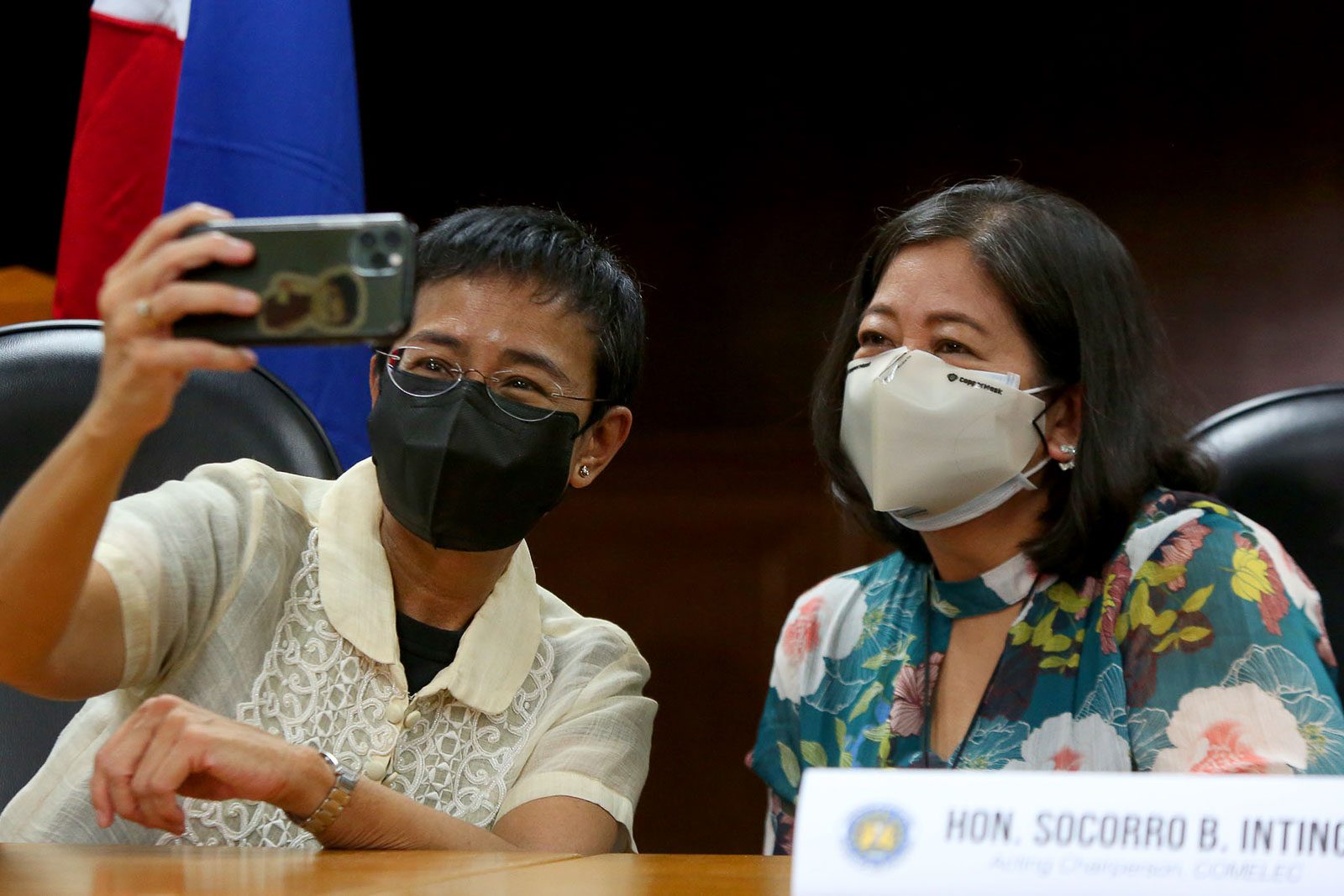 Nobel Peace laureate and Rappler CEO Maria Ressa with Commission on Election acting Chairperson Scorro Inting lead the ceremonial signing of the memorandum of agreement between Rappler and the Comelec at COMELEC office in Manila on February 24, 2022, for voter engagement and fighting disinformation in time for the upcoming national election. Present in the signing are Comelec Spokesperson James Jimenez, Commissioner Aimee Ferolino, Commissioner Rey Bulay and Rappler Executive Editor Glenda Gloria.

Facebook Twitter Copy URL
Copied
Before caving in to pressure from Solicitor General Jose Calida, the Comelec had asserted that the deal it signed with Rappler underwent thorough vetting 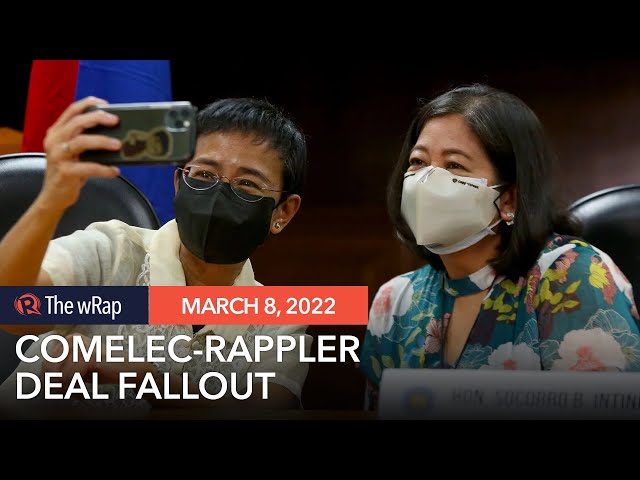 MANILA, Philippines – Just a day after the acting elections chief said it will defend the agreement signed by the Commission on Elections (Comelec) with Rappler, the poll body succumbed to pressure from Solicitor General Jose Calida, and issued a hold order against the partnership.

In a memorandum signed by acting Comelec Chairperson Socorro Inting on Tuesday, March 8, the Comelec said it is judicious for the poll body “to hold in abeyance the implementation of the provisions of the MOA until the issues are settled and/or decision of the court is rendered.”

“All actions in connection with the MOA shall be deferred, including coordination between the Commission and Rappler on matters of the MOA,” the memorandum said.

The order came after the Office of the Solicitor General ran to the Supreme Court on Monday, March 7, and asked it to nullify the Comelec-Rappler partnership deal.

Hours after the OSG filed the petition, Inting even asserted that the Comelec’s agreement with Rappler underwent review by the law department.

“We cannot do anything but face the music, answer the petition, and defend the memorandum of agreement (MOA) that we signed with Rappler. Whatever decision the court will render, we will abide by it,” Inting said on Monday. 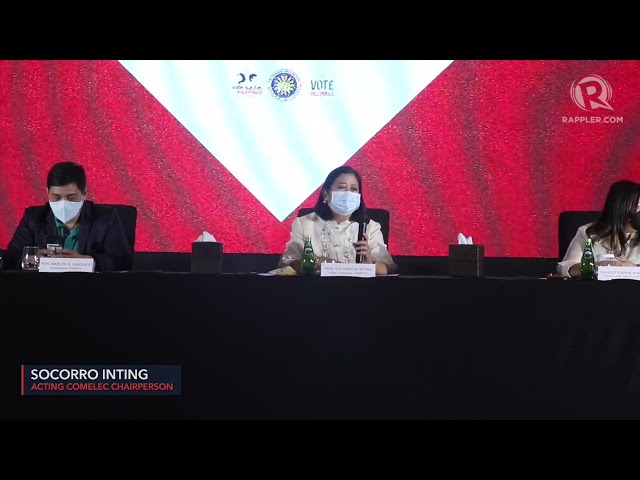 Under the agreement with the Comelec, Rappler will mobilize its fact-checking network, which is a collaboration among 14 newsgroups and over 100 civil society organizations. Rappler, for instance, will alert the Comelec about false and misleading election-related claims on social media.

Jose Calida, in his Supreme Court pleading, argued that fact checks violate free speech, and that the “power granted by Comelec in favor of Rappler clearly constitutes prior restraint on freedom of speech and of expression.”

The pleading oddly makes use of the constitutional principle of prior restraint, which usually protects free expression from government restrictions.

The signed agreement also noted that Rappler will create content on voter education and embed the poll body’s online precinct finder on its website.

Calida mistakenly thought Rappler embedding a precinct finder code on its site exposes voter data. Being able to embed the poll body’s precinct finder, however, does not mean access to its data.

Calida, who campaigned for Marcos during his failed 2016 vice-presidential bid, falsely argued that Rappler is a foreign entity, and even cited a closure order from the Securities and Exchange Commission to make the case against the news organization.

But Calida is mistaken, because the SEC said in 2018 that Rappler can continue operating until its order becomes final and executory. The Court of Appeals has not resolved the case and Rappler continues to operate.

Rappler, in an earlier statement, also blasted Calida for his claims that were “fraught with falsehoods, innuendos, and hallucinations.”

On Monday, Rappler expressed confidence that “our good justices recognize the value of independent institutions working again together for nothing less than an informed choice on May 9.” – Rappler.com