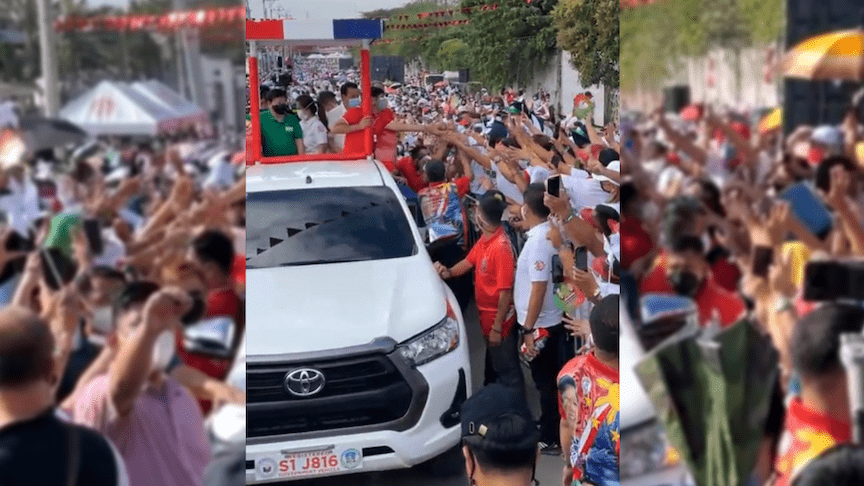 PROHIBITED? Ferdinand Marcos Jr. rides in what appears to be a government vehicle during his motorcade in San Jose del Monte City, Bulacan, on February 7, 2022.

MANILA, Philippines – The Commission on Elections (Comelec) will clarify rules on the use of what appears to be a government vehicle for Ferdinand “Bongbong” Marcos Jr.’s motorcade in San Jose del Monte City, Bulacan, on Monday, February 7.

Marcos held a motorcade with local officials of San Jose del Monte on Monday, one day before the official start of the campaign period, where he was aboard a white vehicle with a plate bearing government logos.

Section 261(o) of the Omnibus Election Code prohibits use of “any equipment, vehicle…owned by the government or by its political subdivisions, agencies including government-owned or controlled corporations, or by the Armed Forces of the Philippines for any election campaign or for any partisan political activity.”

Comelec spokesperson James Jimenez said on Tuesday, February 8, that while “at first glance, there seems to be a problem,” he said there is a Civil Service Commission rule that gives leeway to officials who hold elective positions, such as the officials who accompanied Marcos. 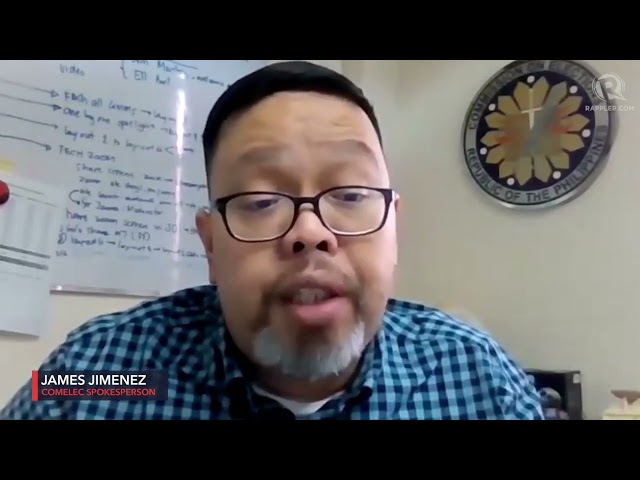 “What we need to clarify is if these vehicles are assigned to them as service vehicles, will there be a difference in the treatment of these vehicles as well? Will the accommodations extended to the political officers cover also their assigned government resources?” Jimenez said.

“I would like to get some clarification with the appropriate agencies, particularly Civil Service Commission and Department of the Interior and Local Government. I am preparing to write a letter to these agencies to request clarification on this issue,” added Jimenez.

Marcos’ spokesperson Vic Rodriguez said on Tuesday that there is no violation, suggesting that the motorcade is not covered because it happened before the official campaign period began.

“Violation of what? We were just invited by the good congresswoman of San Jose del Monte and good mayor, [and] official campaign period starts today,” said Rodriguez.

In the 2016 campaign, actress Kris Aquino was slammed for using a presidential chopper for a Liberal Party sortie.