A huge poster for Leni Robredo and Francis Pangilinan is removed as part of the Comelec's Oplan Baklas in Quezon City on February 16, 2022.

Criticism of the Comelec’s “Oplan Baklas” intensified on Wednesday, February 16, after its personnel took down campaign paraphernalia of presidential candidate Vice President Leni Robredo, and her running mate Senator Francis Pangilinan, that were displayed at their Quezon City media center – a privately owned compound.

Election watchdog Legal Network for Truthful Elections (Lente) said removing posters from private property is not allowed if “due process was not observed.”

“They might be sued for trespassing,” former Comelec commissioner Luie Guia told Rappler in Filipino. “That’s a delicate situation for the Comelec.”

“If they enter a private property without permission, then it is trespassing,” former Comelec commissioner Rowena Guanzon tweeted.

What the rules say

Comelec Resolution No. 10730, which enumerates the implementing rules and regulations of the Fair Elections Act in connection with the 2022 polls, allows the posting of campaign materials on authorized common poster areas in public places, and private property, provided that the posting has the owner’s consent.

But individual posters even on private property “must comply with the allowable size (2 feet x 3 feet) requirements for posters,” the resolution read. “Any violation hereof shall be punishable as an election offense.”

Some groups have cited a 2015 Supreme Court ruling to bolster the argument that the Comelec cannot regulate oversized advocacy posters on private property.

That ruling favored the Diocese of Bacolod, which had posted oversized tarpaulins categorizing 2013 senatorial candidates depending on whether they were against or supportive of what was then the Reproductive Health bill.

The Supreme Court ruled that limiting the maximum size of the tarpaulin would “render ineffective petitioners’ message and violate their right to exercise freedom of expression.”

Comelec spokesman James Jimenez, in a press briefing on February 8, explained the poll body’s appreciation of that ruling.

He said that the controversial “Team Buhay, Team Patay” poster that was the subject of the High Court decision was an advocacy tarpaulin.

Indirectly quoting from that decision, Jimenez said, “If the overall purpose of that speech is simply to declare an endorsement of the candidate, then regulation is constitutionally valid.” 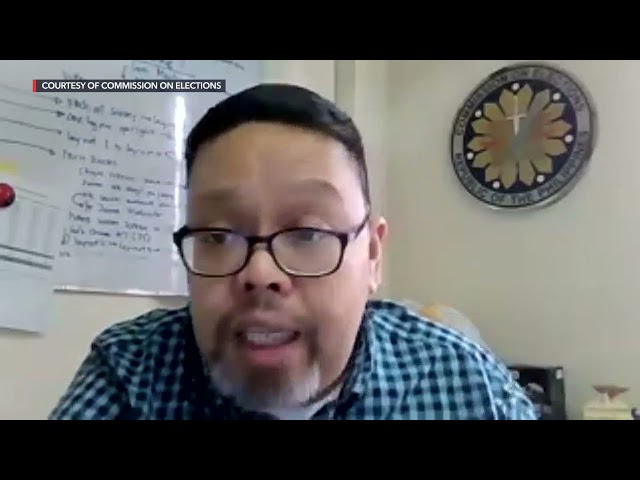 Former Comelec commissioner Rene Sarmiento however disagreed with Jimenez’s appreciation of the ruling.

In a joint statement, groups including Lawyers against Disinformation, Women Lawyers for Leni, and the Filipino American Human Rights Alliance decried what they said was state forces’ “overstretched interpretation of Comelec Resolution No. 10730.”

“The Comelec should not weaponize its resolution against ordinary citizens who, from their own resources, contribute to promoting a better political system for the whole nation,” the groups said.

Constitutional law professors of the University of the Philippines also added to the conversation on Wednesday night, saying it cannot just summarily intrude and dismantle private property.

“Unduly restrictive regulations may prove unfair to the electorate. When exercised overzealously, the Comelec’s actions become censorship,” it said in a statement.

Jimenez has yet to respond to criticisms of the removal of posters from the Leni-Kiko media center.

But asked on Wednesday morning to respond to claims that the Comelec cannot on its own remove posters on private property without a hearing conducted first, Jimenez stood by the poll body’s “Oplan Baklas.”

“I will recommend to anyone who has a problem with what we are doing to file a complaint about what we are doing. In the meantime, we are taking steps to ensure that our laws are complied with,” Jimenez said. – Rappler.com