COMPLETE. All seven members of the Comelec en banc are in attendance during the retirement ceremony for Comelec Chairman Sheriff Abas, and commissioners Rowena Guanzon and Antonio Kho Jr. on February 2, 2022.

Facebook Twitter Copy URL
Copied
'We understand that every election brings its own set of challenges with it. It just so happens that this election, this is the challenge we are facing,' says Comelec spokesman James Jimenez

MANILA, Philippines – The Commission on Elections (Comelec) tried to allay fears of a crisis within the all-important institution, following the mandatory retirement of three top officials, including a senior commissioner who left the poll body with an unresolved row with a younger colleague.

Chairman Sheriff Abas and Commissioners Antonio Kho Jr. and Rowena Guanzon formally bowed out of the Comelec on Wednesday, February 2, leaving the poll body in the hands of only four remaining en banc members. With still no new appointments from Malacañang, they will have to double their efforts for now in terms of election preparations.

Before stepping down, Guanzon also engaged in a highly controversial public spat with Commissioner Aimee Ferolino, accusing the latter of delaying the ruling on the case against 2022 presidential aspirant Ferdinand Marcos Jr., to effectively invalidate the poll veteran’s vote to disqualify him.

“Ultimately, we understand that every election brings its own set of challenges with it. It just so happens that this election, this is the challenge we are facing,” Jimenez told reporters in a virtual briefing on Thursday, February 3. 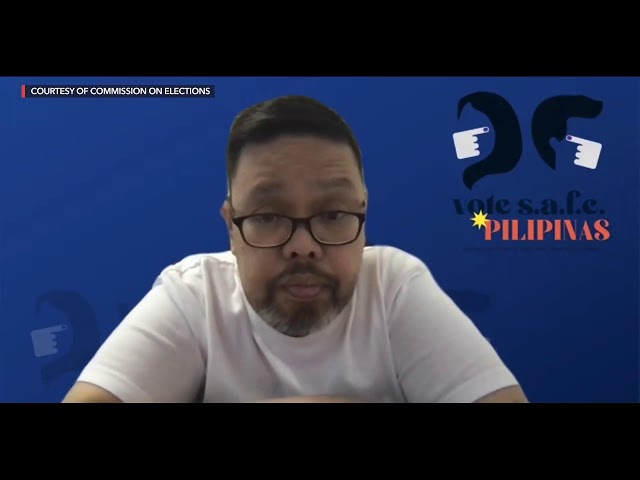 Guanzon is now a private citizen, but her allegations against Ferolino have cast a long shadow on the Comelec’s credibility. In particular, the public has not forgotten her claims of political interference in the Marcos case that supposedly delayed its resolution.

Ferolino had said in internal letters leaked to the media that the case – which are three anti-Marcos petitions consolidated into one – deserves more time to be reviewed, and added that COVID-19 infections hampered her office’s operations.

Jimenez reiterated the setback faced by Ferolino’s staff on Thursday, saying, “We do feel the effect of COVID and we see how work slows down.”

He also cautioned about describing the release of the ruling as “delayed,” noting there is no deadline to begin with.

Referring to an internal Comelec policy on resolving a case in the division within 15 days, Jimenez said, “It’s directory, not mandatory.”

Comelec Commissioner Socorro Inting, who has been designated as acting chairperson until President Rodrigo Duterte fills the vacancies, will preside over her first en banc session on February 9. Questions about the floated reshuffling of commissioners in the two divisions, as well as who gets to vote on each pending Marcos case, will be tackled in that meeting, Jimenez said.

‘Little difficult,’ but ‘not crippled’

With four members left in the en banc, the more pressing challenge is to make sure there’s a quorum all the time.

“If a matter gets elevated to them, they will have to sit with a quorum in order to get anything done,” Jimenez said. “The Comelec is not crippled, it makes it a little difficult, but we can continue.”

The poll spokesman asserted that while the en banc is three members short, preparations for the elections have been set in motion a long time ago, and it’s just now a matter of implementation.

The May 9, 2022 vote will be the first nationwide electoral exercise in the Philippines to be conducted against the backdrop of an ongoing health crisis.

Some 67 million Filipinos are eligible to cast their ballots in a high-stakes vote that will determine Duterte’s successor. – Rappler.com