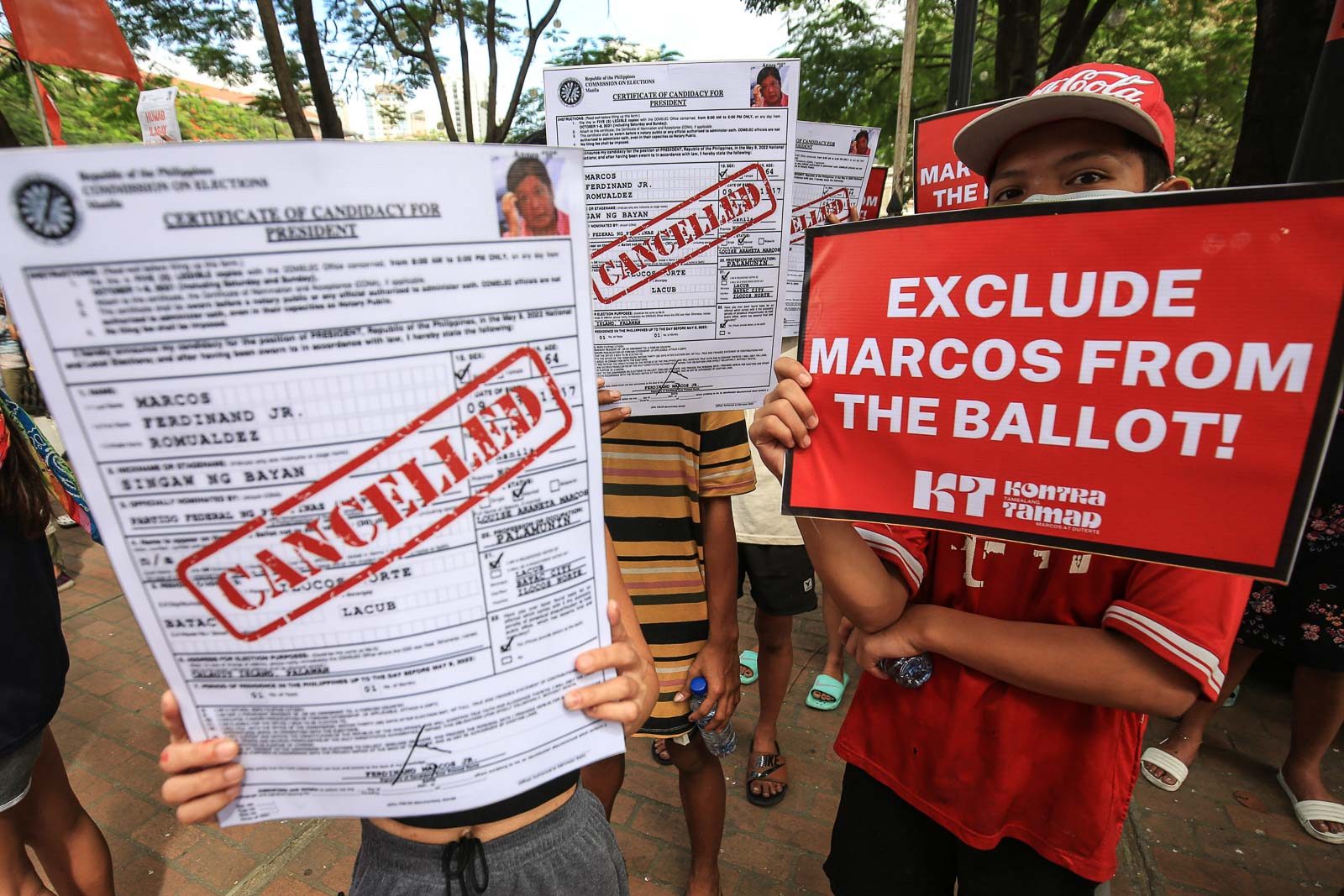 'CANCEL MARCOS.' Kontra Tamad members gather in front of the Comelec office in Intramuros, Manila on December 14, 2021, to call on the poll body to disqualify Ferdinand 'Bongbong' Marcos Jr. from the May 2022 elections.

MANILA, Philippines – The Commission on Elections (Comelec) has issued another summons to 2022 presidential aspirant Ferdinand “Bongbong” Marcos, this time over the disqualification petition filed by Martial Law survivors from La Union.

The poll body’s 2nd Division, in an order dated Wednesday, December 22, asked the Marcos camp to respond to the petition within a “non-extendible” period of five days since the receipt of the summons.

Like other petitions, the Salandanen vs Marcos case cites the former senator’s tax conviction in the 1990s as basis for his disqualification under Philippine laws.

The petitioners, represented by former Comelec chairman and 1987 Constitution framer Christian Monsod, also offered this argument: Marcos should be disqualified for having lost his right of suffrage as a result of his tax conviction, as he is unable to meet the constitutional requirement that a president must be a registered voter.

The division that is handling the case is composed of commissioners who are all appointed by President Rodrigo Duterte – Socorro Inting and Antonio Kho. Rey Bulay, the latest addition to the poll body, has yet to formally assume office.

How many cases are there?

This is the fourth petition in the past week where summons have been served to the Marcos camp.

On Tuesday, December 21, Comelec Commissioner Rowena Guanzon said the 1st Division – which she heads – has asked Marcos to file his answer over three ongoing disqualification cases being handled by her division.

In total, there are six unresolved cases against Marcos’ 2022 bid with the Comelec. Two other petitions are with the 2nd Division.

On December 16, the 2nd Division junked a petition that sought to declare Marcos a nuisance candidate.

The Marcos camp has repeatedly downplayed these petitions against the former senator as mere propaganda orchestrated by his critics. 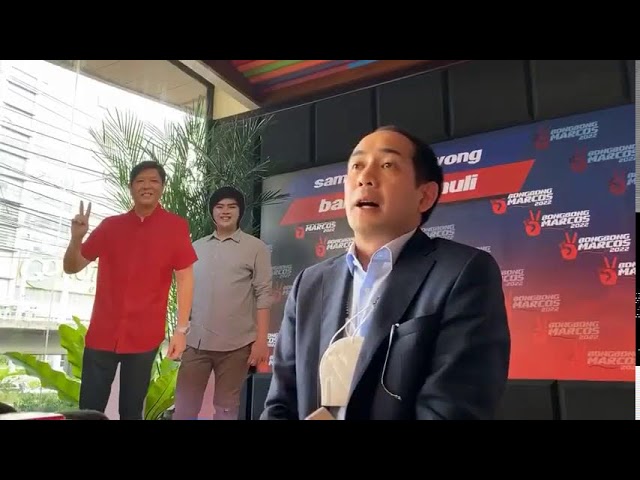 “The Comelec has more pressing matters to attend to in connection with the May 9, 2022 elections. Let’s not bombard them with meaningless petitions against Bongbong Marcos,” Marcos’ spokesman Vic Rodriguez said in Filipino on Wednesday. – Rappler.com