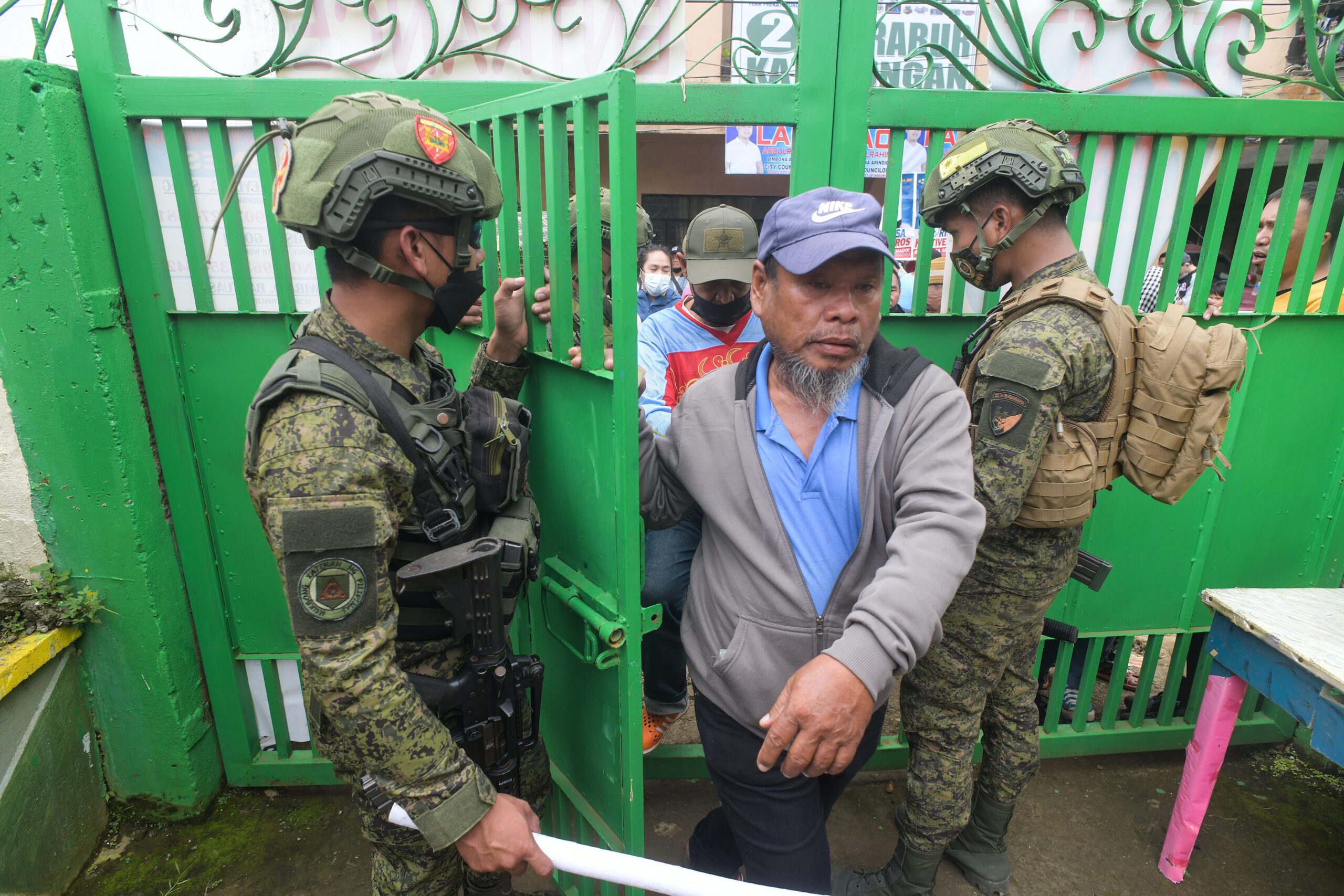 SECURE. Army soldiers stand on guard at the gates of Sultan Conding Elementary School inside the campus of the state-run Mindanao State University on Monday, May 9.

The military said it would also deploy soldiers to beef up security in the villages and assist cops who would come from the regional office of the Bangsamoro Autonomous Region in Muslim Mindanao (BARMM).

Officials said the police personnel, who received special training and have done similar election duties in the past elections, would serve in the special board of election inspectors.

Some 8,295 voters were not able to cast their ballots in these villages on Monday, May 9, due to a standoff between supporters of local politicians, stolen official ballots, violence that resulted in damages to vote-counting machines (VCMs), and the stabbing of a policeman who was protecting the VCMs.

On Wednesday, the Commission on Elections (Comelec) announced the special elections in 14 barangays in Tubaran, Butig, and Bindayan in Lanao de Sur due to the failure of elections.

The special elections are scheduled for May 12 and May 15.

Brigadier General Jose Maria Cuerpo, commander of the Army’s 103rd Infantry Brigade, went to Tubaran town on Wednesday afternoon, May 11, to oversee the security arrangements for the special elections in a dozen barangays there.

Cuerpo said Army soldiers would assist the police in the holding of the special elections. – Rappler.com