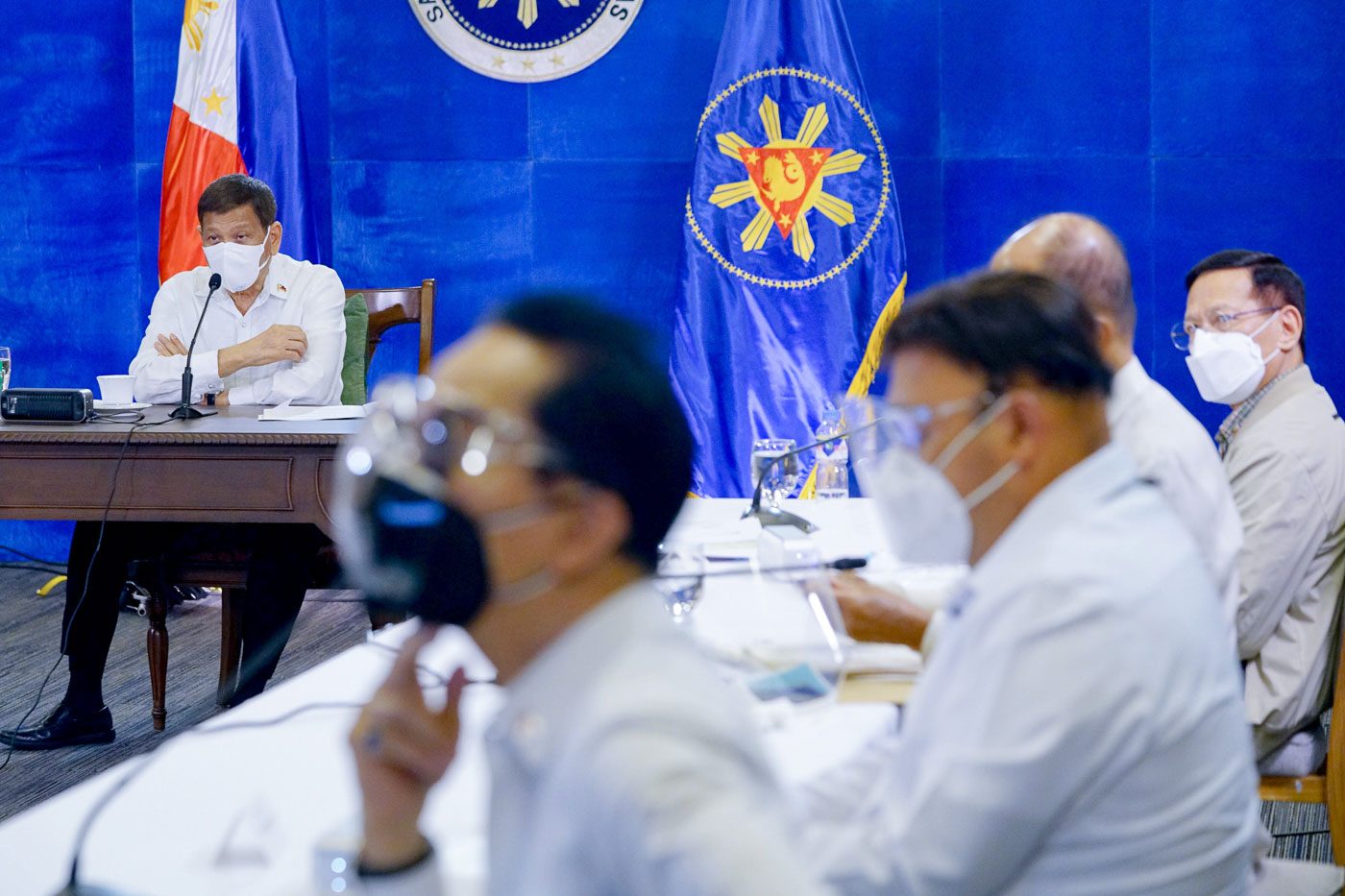 CABINET CHANGES. Elections will likely bring a change in leadership in key government agencies as their heads run for electoral posts.

Facebook Twitter Copy URL
Copied
To be fielded by PDP-Laban, they will have to resign upon filing their certificates of candidacy in the first week of October 2021, posing challenges to the agencies at a crucial time

At least four of President Rodrigo Duterte’s Cabinet members will run for senator under the ruling party, heralding a change in leadership in critical agencies smack in the middle of a pandemic year.

Duterte’s political party, PDP-Laban, announced on Tuesday, August 24, that the following officials would form part of its “initial” senatorial slate for the 2022 national elections:

According to Commission on Elections rules, a government official is deemed resigned when he or she files their certificate of candidacy for the 2022 elections, except for the President and Vice President.

This means that the four Cabinet members will be deemed resigned in the first week of October if they push through with filing their candidacies for senator.

Villar and Tugade head departments in charge of implementing the Duterte administration’s infrastructure program, which next year will get P1.18 trillion if the government’s proposed budget is approved.

The proposed budget for Villar’s department, DPWH, is P686.1 billion while Tugade’s department is asking for P151.3 billion.

Their impending resignations mean Duterte will have to appoint replacements or officers-in-charge for the departments they head. Officers-in-charge, however, do not have all the powers given to full-fledged secretaries.

The change in leadership would have an impact on these agencies even as the country is trying to recover from the pandemic.

Some of these Cabinet members have recently been praised by President Duterte during his weekly pandemic public addresses, which critics point out was a way of drumming up interest in their electoral bids.

No politics? Duterte uses weekly ‘Talk to the People’ to promote 2022 bets 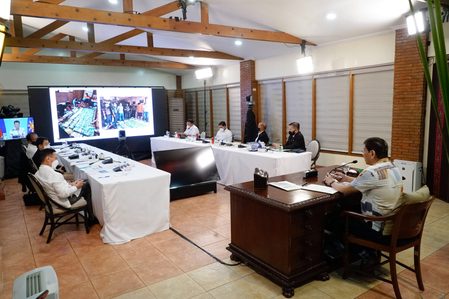 Duterte himself has explicitly pushed Tugade, Villar, and Panelo to run for senator during these televised speeches. – Rappler.com