Volunteers of Davao for Leni and members of SENTRO-Davao prepare the relief packs and care kits they gave to Brgy. Tigatto, Davao City who were victims of the recent floods. The Office of the Vice President provided the goods.

Supporters of Vice President Leni Robredo and Senator Francis “Kiko” Pangilinan officially launched the ‘Davao for Leni network’ on Tuesday, November 16, signaling the robust campaign of the group to make her the next president of the Republic.

Robredo did not win in Davao City in the 2016 elections. President Rodrigo Duterte’s running mate Alan Peter Cayetano garnered about 56% of the votes.

Retired Supreme Court Justice Antonio Carpio, 1Sambayan convenor, said choosing Robredo resulted to overwhelming acceptance by the people which is a favorable response and the expression of hope as people are in despair.

“We have gathered this momentum. As people said, VP Leni is unblemished of corruption or anything, I have not seen in my lifetime a presidential candidate as clean as honest and as pure as VP Leni. And I think this kind of leadership is very transformative,” Carpio said. He believed this is the kind of leadership that people would have always wanted and “we have to make it happen,” he said.

Carpio said the youth registration was phenomenal citing the queuing in lines in the early morning until the evening at malls and other registration centers.

He said the youth vote will be a vote for change that means voting for the opposition and the only real opposition is Robredo because she has stayed true to her vision, of honesty, integrity, patriotism and compassion to the poor.

Pangilinan for his part said Robredo is the most deserving to be the next president and he happened to be in the position to do something and duty dictated him to do so, win or lose.

“The groundswell is amazing. We fight with all our might. We are so inspired. We didn’t expect the outpouring of support, in my three times to join elections, I never had a billboard, but now we have billboards everywhere because people are donating. The donors also told us they neither have donated billboards to politicians before,” Pangilinan said.

The Davao for Leni launch also marked the proclamation of the group that the city is not Duterte land. The group also wanted to dispel the myth that not all good things are legacies of the Duterte political dynasty, and not all Davaoeños are DDS.

Davao for Leni cited that legislations like the trailblazing Women’s Code of 1997, the Children’s Welfare Code of 1994 and Women’s Health Care Ordinance of 2010 are outcomes of a dynamic and strong-willed civil society presence in the city. 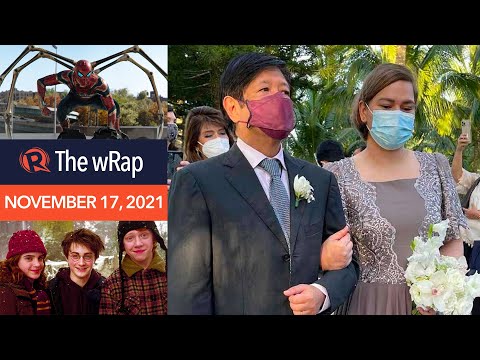 Romeo Cabarde, a lawyer for Robredo in Davao, said the group is organizing in ground zero, the home turf of the Dutertes.

“Many appreciated what we’re doing while others reminded us of our safety and security. Primarily, this is the desire for hope and change for what is right, what is true. We’ve come together as a movement constantly growing and progressing each day,” Cabarde said.

Maria Victoria “Mags” Maglana, a candidate for Davao’s first district opposing the presidential son Paolo, said the time has come and “I am ready.”

Maglana said her agenda is rooted in five Gs as opposed to the traditional three Gs (guns, goons and gold) plus the gigabyte (the armies of trolls).

These five Gs are good governance that is united and not divisive, good quality of life for all, grassroots-oriented approach on durable peace and human rights proportions, global (global and local) solutions to problems on disasters and the challenges of climate crises and genuine economic recovery amid the pandemic.